Cindy Hanson is the director of the Adult Education and Human Resource Development Unit at the University of Regina’s Faculty of Education. Leah Levac is an associate professor of the University of Guelph’s department of political science. Both are researchers on a SSHRC-funded project about the Independent Assessment Process (IAP).

Records and data matter. Data disaggregated by race, ethnicity, national origin, gender and many other social categories are critical for understanding how people are inequitably affected by public policies and public institutions. These data help reveal injustices in society today, and in the past.

And yet, in January, the Ontario Superior Court blocked the creation of static reports, or a set of final outcome statistical reports that would “give details about the impact of the IRSSA [Indian Residential School Settlement Agreement] on Indigenous communities”. They would provide important data about abuses at residential schools, one of the worst manifestations of colonialism and racism ever committed under the guise of education. Approximately 150,000 Indigenous children were taken into the schools; the last, in Saskatchewan, closed in 1996. The court’s ruling also affects the storage of records by the National Centre for Truth and Reconciliation. In short, details about what is possibly the largest collection of documents about the institutionalization of Indigenous children in the world is at risk.

Static reports about the Independent Assessment Process (IAP) – the claims process where Indian residential school survivors testified about serious physical and sexual abuses they suffered – were to be created using cross-tabulated data, gathered during the IAP, about variables like children’s age and sex, particularities of residential schools, types of abuses, and impacts on communities. Ottawa objected to their creation, despite the critical information that they could provide.

Participation levels in the IAP were astounding. More than half of all living survivors claimed serious abuses. More than 38,000 people applied, and 26,000 gave testimonies. The 14-year process is nearly complete, and it has produced 800,000 documents and cost more than $3-billion. It represents the largest class action in Canadian history.

Why would Canada push to have vital records created through this process hidden or eliminated? Their argument includes concerns about protecting survivor privacy, which is important, but social scientists are able to protect that. Furthermore, the effort to block production of the reports abrogates Canada’s responsibility in the Indian Residential Schools Settlement Agreement, which included promises to promote healing, education, commemoration, truth and reconciliation, and the “duty to remember”. The reports would also respond to international protocols to preserve records of systemic human rights abuses – information that could be useful to historians, Indigenous people who participated in the Settlement Agreement, and those involved in the protection of children around the world.

Static reports could provide insights into the IAP itself, and into the impacts of the abuse on the children, communities and survivors. They may also shed light on the registered deaths of more than 3,000 Indigenous children who died while attending the schools – children who are gone but must not be forgotten.

The Ontario Superior Court’s ruling on static reports, which fall into the category of non-claimant information – and is being appealed by the National Centre for Truth and Reconciliation – is connected to a broader issue around Indigenous people’s agency and input in decision-making around the IAP. In 2017, the Supreme Court decided that testimonies given by survivors (which constitute claimant information) would be destroyed by 2027 unless individual survivors asked to have their records retained. The response to this ruling was mixed: Many survivors would not have told their stories if it weren’t for adjudicators’ promises around confidentiality, while others wanted the records preserved for their intergenerational and historical value.

The preliminary results of our national study, Reconciling Perspectives and Building Public Memory: Learning from the IAP, demonstrate that over 10 years, the IAP has only been discussed 28 times in the House of Commons, mostly in the context of discussing abuses at St. Anne’s residential school, and without meaningfully acknowledging the role of Indigenous organizations in its development. Our media-discourse analysis over the same 10 years demonstrates Indigenous people are portrayed primarily as victims. Justice Paul Perell’s ruling shows a continued failure to recognize Indigenous agency.

That most Canadians will never know about the IAP is a travesty. Without abundant data – to add a quantifiable dimension to the horrors of residential schools and remind us of the consequences of racist public policy – we fear that more tragedies are inevitable. According to The Globe and Mail, a United Nations report, supported by the New Democratic Party, advocated for Canada to collect and disaggregate data to counter anti-Black racism. We emphatically agree, and further assert, that erasing data about Indigenous peoples’ experiences undermines both broader anti-racism goals, and reconciliation. collecting and sharing data can advance anti-racism efforts, help address ongoing injustices, and ensure the past is never repeated. 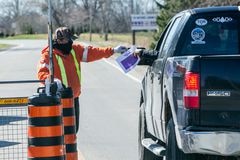 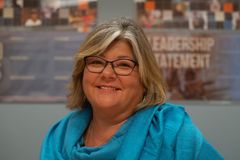 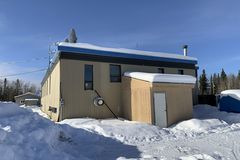