Marcus Gee is a columnist for The Globe and Mail.

When my mother died last summer at the age of 91, one of the things she left behind was a small wooden box. The lid bore a portrait of a handsome young woman in a dark dress and a lace collar, her hair piled elaborately on her head in the Victorian style. Inside was a small book with a green cover and yellowed pages.

The book is Two Months in the Camp of Big Bear. The woman is its co-author, Theresa Delaney, my mother’s great-aunt. She played a small but dramatic part in an important episode of Canadian history.

In 1885, at the height of Louis Riel’s North-West Rebellion, Plains Cree warriors inspired by the uprising raided the settlement where she lived in what is now Alberta. They killed her husband and eight others. She and Theresa Gowanlock, whose husband was also slain in what became known as the Frog Lake Massacre, spent the next two months travelling with the Cree and their famous chief, Big Bear, or Mistahimaskwa, as the group tried to evade the troops sent to suppress the resistance. When they escaped, the two Theresas were hailed as heroines, “fair daughters of Ontario” who had survived a terrifying ordeal.

Their story has been passed faithfully down through generations of my family, along with copies of the book like the one my mother kept in the box for safekeeping. Growing up, I was intrigued to find I had such a notable ancestor. Recently, though, with the country engaged in a campaign for reconciliation with Indigenous peoples and protests breaking out all over about racism and its roots, I’ve begun looking at Theresa Delaney and her book in a new light.

Theresa grew up outside Aylmer, Que., near Ottawa, the eldest daughter of Marshall and Bridget Fulford. She married John Delaney on July 27, 1882. They promptly left for the wild and distant North-West.

With the destruction of the bison, the advance of the railways and the influx of European settlers, Indigenous people were seeing the way of life that had sustained them disappear almost overnight. The Delaneys were part of a government effort to settle them on reserves.

John’s job was to teach them about raising crops and animals. Theresa instructed the women in sewing, laundering, embroidery and the other duties of the late-19th-century Canadian housewife. She writes that she came to enjoy her new life on Canada’s frontier.

But tension in the North-West was growing. The Indigenous people of the Plains were struggling to survive. The decline of the fur trade and the decimation of the bison herds had hurt the Métis people, too. They worried that they would lose their homesteads as outside settlers flooded in.

Trouble broke out in the spring of 1885. Riel, leader of the Red River Rebellion of 1869-70, had returned from exile in the United States. On March 18 and 19, armed Métis seized the church at Batoche, Sask. Outraged, the federal government raised a force to put down the uprising.

A Plains Cree band of about 500 was camped next to the Frog Lake settlement at the time. Their leader, Big Bear, had won respect by refusing for several years to sign Treaty 6, which he called “a rope around our necks.” After a hard winter, militant leaders of the band, discontented with his leadership, grew restive. On April 2, with news of the Riel rebellion spreading, they launched an attack on the settlers of Frog Lake.

According to Theresa’s account, she was walking arm in arm with her husband when shots rang out and he fell to the ground. As a priest crouched to give him the last rites, he too was shot down. A warrior grabbed her by the wrist. “I got one glance – the last – at my poor husband’s body and I was taken off.”

The press printed lurid stories about what had befallen the Theresas. Sarah Carter, a Western scholar who has studied the women’s story in detail, writes that their plight inflamed public opinion and galvanized the troops sent out against the rebels. One news report said Theresa Gowanlock had been shot dead while struggling with the man who killed her husband. Another report turned up by Prof. Carter said that Theresa Delaney had also been killed, after being repeatedly “outraged” by her captors. The Toronto Morning News said that the troops must “impress upon Indians that the honour of a white woman is sacred, and that outrage and murder will be promptly avenged.”

In fact, the two avoided any serious physical harm. John Pritchard, a Métis interpreter, “bought” Delaney from the Cree at the cost of two horses. He let her sleep in his tent with his family and ride in his wagon as the camp travelled. She praises him for protecting her.

Eventually, the Theresas managed to slip away from the camp with a group of Métis. Scouts from the Canadian forces discovered them wandering in the bush. A telegram bearing the happy news was read aloud in the House of Commons. Reporters clamoured to interview them. Two Months in the Camp of Big Bear appeared only a few months later.

Divided into two parts – first Theresa Gowanlock’s account, then Theresa Delaney’s – it paints a darker picture than the one they gave to the newspapers. Theresa Gowanlock’s heaps scorn on the idea of the “noble red man.” She writes: “I could not see anything noble in them, unless it was that they were noble murderers, noble cowards, noble thieves.” As for the settlers, they were simply trying “to elevate the Indian and make him a better man; taking him from his miserable mode of living and leading him into a more happy and prosperous life.”

Theresa Delaney depicts the Cree of Frog Lake as simple, child-like people, “submissive,” “kind” and grateful to be instructed, though “very, very improvident.” Her heart warms when she sees the “silent, dusky, faithful children of the forest” kneeling to pray in the little church.

She insists that “the Indians have no grievances and no complaints to make” and attacks the “evil-minded people” who put the idea into their “excitable heads” that they are in any way persecuted.

As foul as they seem today, views such as these were sadly common in her time. Perhaps she was simply telling people what they wanted to hear: that the government was in the right when it crushed the rebellion and put Riel on trial for treason (he was hanged just as the book came out).

Even so, when I took Two Months in the Camp of Big Bear out of that box and read it for the first time in many years, I felt a little sick. Whether or not she meant it to be, it was a piece of colonial propaganda, and an influential one at that.

Before Frog Lake, prime minister John A. Macdonald was planning to give the vote to property-holding Indigenous men. Afterward, he ruled out giving the franchise to the Indigenous people of the West. As Prof. Carter notes, his opponents argued that a race of people who could treat two white women as they did could not be trusted with voting rights.

Two Months helped justify the execution of Riel, an act that enraged Quebec and drove a wedge between French and English Canada just when the new country was taking its first steps. It helped reinforce the poisonous idea that the virtue of white women was at risk from the untamed passions of Indigenous men.

In a way, this mostly forgotten volume helped lay the ground for the long and determined campaign to suppress Indigenous cultures – a campaign that included banning the potlatch and sweeping thousands of children off to residential school. It gave voice to prejudices that linger in the 21st century.

Reconciliation requires modern-day people to reflect on the wrongs the country did to its original inhabitants. I’m sad to say that my ancestor’s book was one of them. 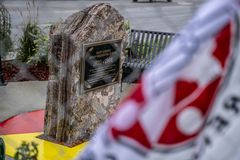 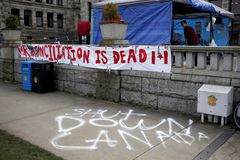 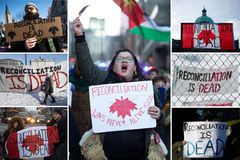