To witness all the consternation, you would think the end of Canada as we know it is at hand. You would think the country, having nicely survived the greater part of its existence without a free trade pact with the United States, can no longer do so without such an agreement.

Nervous Nellies are everywhere. Take the example of Bob Rae, not normally a hyperbolic kind of guy. “It is as difficult a moment as we have ever faced as a country,” he darkly opined.

Yikes. That bad? Seriously? In the 1995 Quebec referendum, the breakup of the country was threatened. Today we have a big trade ruckus. Volumes with our southern neighbour are threatened. Some prices could rise. Ketchup even. Run for cover.

Not to say the trade donnybrook isn’t of major concern. The nativist nabob in the White House injects unparalleled unpredictability into all equations. If accelerated, his protectionist proclivities could hasten a global downturn or recession. The trade crisis even brought former prime minister Stephen Harper to Washington for talks, upstaging Conservative Leader Andrew Scheer, who could not have been overjoyed.

But a little perspective is in order. All of 120 years passed before Canada signed the free-trade agreement with the United States in 1988, subsequently adding Mexico. During that time, reciprocity offers from Washington in 1911 and in 1948 were rejected. Through the entire period trade volumes with the United States rose higher and higher. Even too much for our own good, some argued, as they created overreliance on one market.

Without the North American free-trade agreement, trade with the United States would have continued at a robust clip, though not to the extent that it did under the accord. If the agreement is abandoned by Mr. Trump, harness the hysteria. No need for alarm. A replacement agreement of some kind will come on stream. In the interim, projections of GDP loss in Canada are in the 0.2-per-cent a year range, hardly catastrophic. For those hardest hit in the trade fight, Ottawa will provide compensation, as it is already doing for the metals sector.

The Canadian economy is reasonably strong and well equipped to ride out the turmoil. The trade threat has had the benefit of drawing Canadians together, of enhancing the patriotic spirit, of generating more support for the domestic economy.

Mr. Trump talks of preferring separate bilateral trade deals as opposed to the tripartite one. That’s hardly ominous. The newly elected leader of Mexico has pledged to keep the current NAFTA arrangement with Canada intact. A newly negotiated Canada-U.S. agreement need not be inferior to what we have had under NAFTA. It might necessitate that we get rid of supply management – not such a bad idea – in return for American concessions.

The trade fight could have the beneficial side effect of finally convincing Canada to do something about its internal trade barriers. As John Manley, head of the Business Council of Canada, once put it, “It makes no sense for Canada to provide greater benefits to our trading partners than to companies, workers and consumers within our country … Where is the pressure for internal free trade?” Where, indeed. Maybe now it will come.

While Canada is well cushioned for a trade war, there is no certainty that such a war will proceed. Good news is that Trump protectionism is already showing signs of backfiring. In response to targeted retaliations on his tariffs, Harley-Davidson has moved some of its production offshore and other enterprises such as Heinz may follow suit. The agriculture sector, vital to Mr. Trump’s electoral prospects, is being hit hard by the retaliatory measures from Canada, Europe and China. As for manufacturing, American factory executives report a drop in confidence.

Mr. Trump has said he is not interested in taking up Canadian trade issues as per NAFTA until after the midterm elections. He will adhere to his protectionist hardline until then so as to uphold his doltish campaign promises. But by that time realities should start to sink in. Signals from the world economy, from his voters, from Congressional Republicans, from Canadians boycotting American goods will start to resonate. His case against Canada, weak to begin with, will be seen as all the more so and will be moderated.

Trade war fears, all things considered, are excessive. The sky isn’t falling. Geography dictates trade patterns. Political leaders come and go, geography doesn’t. As it always has, normalcy in our trade relations with the United States will return. 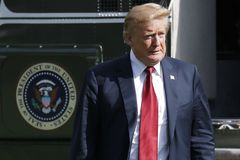 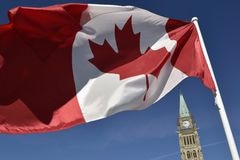 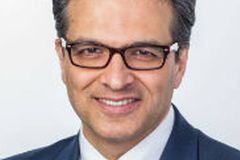