Just when we thought all was going to rot in the land of the distraught, good things happen. The Supreme Court of the United States comes to the rescue, issuing two humanitarian verdicts in the space of a week.

Despite its right-leaning majority, the court handed down startling victories for progressives on sexual-orientation rights and immigration. The forces of discrimination, prejudice and primitivism were dealt harsh rebukes.

Chief Justice John Roberts is the one to whom the forces opposing Donald Trump owe thanks. He isn’t a closet liberal, he just sometimes acts like one.

He was the swing vote for the ruling stipulating that the Trump administration cannot carry out its cruel and vile plan to shut down the Deferred Action for Childhood Arrivals (DACA) program, which has allowed almost 800,000 young people to avoid deportation and remain in the U.S.

The other enlightened verdict saw the Chief Justice, who was appointed by George W. Bush, align with Trump appointee Neil Gorsuch in securing the decision stipulating that the Civil Rights Act of 1964 protects LGBTQ people from workplace discrimination.

In Canada, the Supreme Court enjoys the reputation of being detached from partisan politics. In the U.S., it’s often seen as a mere extension of the rancid partisanship that inflames the country’s crippling culture war.

That view has angered Chief Justice Roberts, who has tried to argue, as he did in 2018, that “we do not have Obama judges or Trump judges, Bush judges or Clinton judges.”

There’s a long way to go to attain that kind of reputation for independence. But this week was an encouraging advance.

For progressives, there were other surprises. The court declined to take up 10 Second Amendment petitions that could have expanded individual gun rights. In another positive development for immigrants, it refused to hear the Trump administration’s challenge to California’s sanctuary-city policy, which shields immigrants in state detention from being turned over to federal authorities.

Mr. Trump was predictably livid. He has always touted his appointment of two bristling conservatives – Mr. Gorsuch and Brett Kavanaugh – on the big bench as a major achievement. He could scarcely believe what happened. “These horrible & politically charged decisions coming out of the Supreme Court,” he tweeted, “are shotgun blasts into the face of people that are proud to call themselves Republicans or Conservatives.”

On the Supreme Court votes, Republicans joined in the President’s outrage, decrying the decisions as judicial overreach. The court, said Florida Senator Marco Rubio, increasingly “appears to be legislating.” Its job is not to be activists, he said.

In regard to DACA, Chief Justice Roberts wrote that the administration neglected to provide required legal justification for ending the program, which the Obama administration brought in via executive order. This is a government that doesn’t play by the rules, and the Chief Justice was sending Mr. Trump that message. The President could have reversed the decision with an executive order of his own but did not want to take the political risk. His first attorney-general, Jeff Sessions, advised Mr. Trump – wrongly, as it turned out – that the program could be justifiably terminated on legal grounds.

On Friday Mr. Trump said he would renew his effort to end DACA, noting that the Supreme Court decision allowed for a resubmission of the case.

Chief Justice Roberts has antagonized Republicans before, one example being his aligning with the liberal wing in a 2012 ruling that upheld Obamacare’s individual mandate. By contrast, he came out in strong dissent with the court’s 2015 decision striking down laws prohibiting same-sex marriage.

More big court decisions are coming down the pike, perhaps as early as next week. One will be on how far state governments can go in restricting abortion access, another on the release of Mr. Trump’s tax returns.

The United States is steeped in fake news and alternative realities and partisan zealotry. Truth is a moving target. Mercifully, there is the detoxifying presence of Chief Justice Roberts, who brings to the country’s court of last resort a measure of trust and credibility. 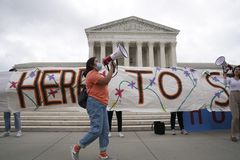 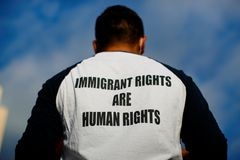 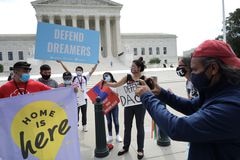