Dave Bidini is the publisher of the West End Phoenix newspaper, and author of Baseballissimo

It’s hard not to have a complicated relationship with sports. This is best understood from the perspective of those who hate sports; those who won’t ever read this story and who pass games on television the way I pass bags of Chicago popcorn in the supermarket. They’re not interested, and we’ve given them lots of reasons not to care. Great seas of people perceive sports fans as if we’re zombies at a chain-link fence, pushing back the forces of change and enlightenment. During a late-night drive across the United States, Noam Chomsky, trying to dignify the obsession of fans while also holding us up to the light, asked his media handler how he thought the world would be different if only the callers to sports radio shows spoke with such depth of knowledge about geopolitics, instead of, you know, the Florida Marlins. “Probably a lot better,” the handler said, Chomsky nodding imperceptibly beside him.

These complications were brought to light Tuesday after the Blue Jays’ star closer, Roberto Osuna, was arrested and charged with assault. For some, it was hard to divine between one’s loyalty to the player and team and the knowledge that decisive action by the Jays would be the appropriate reaction (Major League Baseball immediately put the player on administrative leave). Mr. Osuna is a young ballplayer – just 23 – who has been playing professional baseball for most of his life. We don’t know any specifics around the assault charge – and it’s just that, a charge – but putting a kid in a mature environment in a culture rife with dinosauric sexism and psychological oppression is never the healthiest or easiest way to become a man. There are trainers, sports psychologists and nutritionists, but no educators teaching young players to be good citizens and better people. Whether or not a player is non-violent or respectful of women pales compared to whether or not they can throw the knuckle-curve, evinced in regular playing time for Jose Reyes and Aroldis Chapman, the former charged for domestic violence, the latter accused of firing a gun at his home (neither player was convicted). Of all of the insightful things said about pro sport, “Just win baby,” LA Raiders’ Al Davis’s famous axiom, is perhaps the most salient.

The pro leagues are lousy with players charged with assault: domestic or otherwise. In the case of domestic assault, some served suspensions, some did not, but none were dealt with the way Hollywood has recently dealt with its rise of abusers: barred at the door by an industry and public weaned off its tastes, by varying degrees, for those who victimize women. Other industries have reacted to #MeToo by holding employees to a new standard. Male pro sports sits idle as the world changes.

When bad things happen, sports fans look shocked, then swallow. Few of us demand that pro sports change from a place that continues to harbour bad behaviour, that continues to normalize violence against women. As fans, we are all culpable. Great strides have been made to enlighten the athletic community on LGBTQ issues, as well as cancer awareness. But until players are held to a higher order, sport will continue to fall behind greater society; all of this from a culture that glorifies its heroes. Teams and players are quick to rally whenever tragedy strikes the world. But few have brought to light the dark issues of hatred and violence toward women.

We want our athletes to be proud and fearless, and to be better than us in tough moments. But sport – any sport – should aspire to real heroism: standing up for women who are abused by its players. Leagues and players should call other players out and they should resist the closed-ranks behaviour that afflicts teams whose players are charged. Perhaps they will follow the words of Blue Jays manager, John Gibbons – one of the very fine people in the game – who said, “Really, in society in general, there’s got to be a zero-tolerance policy. You’ve got to protect the vulnerable and those that can’t protect themselves a lot. But hopefully when it’s all said and done, he’s back with us, it’s behind him and things turn out fine. This is our profession, but we’re talking about life here, which far outweighs this [baseball] stuff.”

It will take more of this kind of leadership, guidance, insight and fearlessness. Then we’ll find out who the true heroes are. 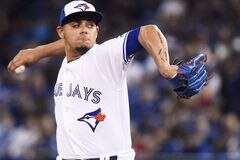 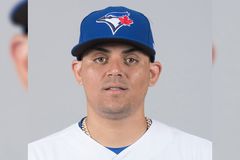