David Shribman is executive editor of the Pittsburgh Post-Gazette.

In a 10-day period in the Watergate-stained year of 1973, the vice president, Spiro Agnew, resigned amid corruption charges and the President, Richard Nixon, dismissed special prosecutor Archibald Cox in an episode immortalized as the Saturday Night Massacre. In another 10-day period six years later, Jimmy Carter sat in a gloomy meditative retreat at Camp David contemplating how, as a senator characterized the spectacle, to “revive ourselves as a nation,” and days later, fired six cabinet members in one day.

Outside of presidential assassinations and terror attacks, the United States has seldom seen a peacetime period of chaos remotely like the past several days in Donald Trump’s Washington.

A mere recitation of the events of the past crowded week requires a deep breath: American withdrawal of forces from Syria, and from Afghanistan. And the resignation of Defence Secretary James Mattis, and of Interior Secretary Ryan Zinke. And the impending departure of White House Chief of Staff John Kelly, amid reports the President already is disenchanted with his successor, who two years ago called Mr. Trump “a terrible human being.” And dramatic swings in the stock market. And the threat of a government shutdown, at the time of this writing. And fresh political combat over the President’s demand for a wall at the Mexican border. And new White House worries about the Russia investigation. And controversies over whether Mr. Trump’s nominee as his new attorney-general, as well as the interim attorney-general, ought to recuse themselves from supervising the work of special counsel Robert Mueller, who himself is under constant threat of firing.

None of this might seem remarkable in postwar Italy or in 1960s South Vietnam, but in truth, the American political system is based on order, not chaos.

The author of the Declaration of Independence, Thomas Jefferson, said that occasional political upheaval was “medicine necessary for the sound health of government," but the American founders crafted their constitution to provide stability after the tumult of the years following American separation from British rule. Indeed, the Senate was conceived as a body to moderate the chaotic impulses of the more democratic House; George Washington, in an almost certainly apocryphal but enduringly appealing story, is said over breakfast to have told Jefferson, who had just poured his coffee into his saucer before drinking it, that the Congress was designed to "pour [House] legislation into the Senatorial saucer to cool it.”

Although Washington witnesses scores of conflicts every year, the language of its politics – the reverence for what lawmakers call “regular order,” the pride that political figures take in “the orderly transfer of power” when one party replaces the other in the White House – celebrates order.

And yet this year, in the days before Christmas, the U.S. capital is a portrait of chaos, characterized not by boughs of holly but by rhetorical bows and arrows. Right now, Washington resembles nothing so much as the Vanity Fair portrayed by John Bunyan in his 1678 Pilgrim’s Progress, which Columbia University scholar Martin Maisel characterized in a 2016 book as a place where “all things frivolous are given value and the things of true value are worthless.”

The departure of the first round of experienced Washington figures from the Trump inner circle – and then the second, and now the third – leaves the President virtually alone, with no one to govern his impulses and intuitions. Hardly any experienced diplomats shared his urge to withdraw U.S. troops from Syria, which puts the Kurds in danger, thrusts the Russians to centre stage in the Middle East and enhances the power of Iran. Within hours came the orders to reduce American presence in Afghanistan.

“Mr. Trump crossed over this week from considered disruption into a degree of political volatility that has the potential to raise the political risks for himself and U.S. interests,” read Friday’s editorial page of The Wall Street Journal, whose readers especially prize stability.

Not that the Democrats are the model of discipline and tranquility. Their newly empowered House caucus is less a loyal opposition than a collection of opposing forces, some seething with resentment over the party’s decrepit leadership. And as the presidential campaign of 2020 approaches, some three dozen Democratic candidates are contemplating White House candidacies – precisely the conditions that allowed Mr. Trump to emerge from a field of 17 Republican candidates in 2016.

So from one end of Pennsylvania Avenue to the other, and from the Democratic side of the aisle in Congress to the Republican, chaos reigns. The customary cotillion of the capital, where the political dancing was performed to a strict, prescribed time signature, has been replaced by an unscripted rave. Washington, and the country beyond the Potomac, is unaccustomed to these new rhythms of politics. But in this era of disruption – where the soundtrack is written in atonal notes – there is every indication they had better get used to them. 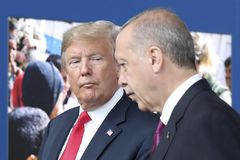 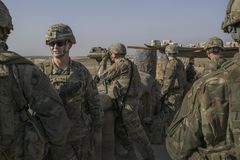 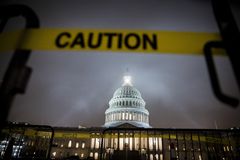