Miguel Syjuco is a professor at NYU Abu Dhabi and writes extensively on Philippine politics. He the author of the novel Ilustrado, which won the 2008 Man Asian Prize.

The Philippines is Asia’s oldest democracy, but for generations, its democratic mechanisms have been hijacked by those seeking to impose their will. Under President Rodrigo Duterte, the country is sliding towards the authoritarianism it suffered during the long dictatorship of Ferdinand Marcos. But Mr. Duterte has learned from history, and his methods are very much of our current era – and his attacks on institutional safeguards, particularly press freedom, exemplify this.

On Nov. 28, a warrant was issued against Maria Ressa, an acclaimed reporter who founded Rappler, the online news publication that has steadfastly covered the corruption under Mr. Duterte’s administration as well as the thousands of murders publicly encouraged by the President. Tapped by Facebook to spearhead the fight against fake news, Rappler is led by editors who are among the most respected investigative journalists in the Philippines – yet the six-year-old organization has been accused of bias, illegal foreign ownership and, most recently, tax evasion. Rappler’s operating licence has been revoked, although it continues to operate while it appeals the decision. Its political correspondent was banned from the presidential palace earlier this year, and their other reporters have had their access limited.

Ms. Ressa returned to the Philippines and turned herself in on Monday , after a trip to the United States to receive various media-freedom awards. She is currently free on bail. But this latest effort by the Duterte administration is part of a clear pattern to eliminate or undermine dissent.

In just 2½ years, Mr. Duterte and his allies have systematically attacked any hindrances to their rule along with mechanisms for accountability. An opposition senator was jailed on dubious charges while another has recently been ordered arrested. The independent-minded chief justice of the Supreme Court was ousted on legal technicalities, and replaced with an ally of Mr. Duterte on a court now stacked in the President’s favour. Similar efforts to remove the ombudsman, who oversees government corruption and was investigating the President’s children, only ceased because she retired. And Congress, which is ruled by Mr. Duterte’s cohorts, is moving to rewrite the Constitution to concentrate power in the provinces in which they rule and curtail restraints on their authority, such as term limits, educational requirements and restrictions on dynasties. And the President has kept a third of the country under martial law, beyond the time limit allowed by the constitution – and he threatens to widen it to take effect across the country.

Human rights have been cast by Mr. Duterte as detrimental to governance and public safety, with his allies in the legislature at one point allotting the Commission on Human Rights an annual budget of $25. Human-rights advocates and journalists alike have been declared by the President as fair game for violence, and several have been deported, including a septuagenarian Australian nun who had worked among the poorest Filipinos for 27 years. Mr. Duterte has pivoted the Philippines towards allegiances with authoritarian countries, such as Russia and China, who do not make financial and military aid contingent on adherence to human rights. And when the International Criminal Court moved to investigate Mr. Duterte and members of his administration for the state-induced violence that has claimed at least 4,000 lives, the President decided to unilaterally pull the Philippines out of international treaties to which it has been long been a signatory.

Perhaps the only political threat to the strongman legacy of the elderly and ailing Mr. Duterte is Leni Robredo, the Vice-President. Her position is elected separately from the presidency and in this case, she comes from the opposition party. She has been largely frozen out of all governance and faces an electoral recount that may see the Supreme Court rule in favour of her opponent, a close ally of the President – Ferdinand Marcos Jr., the son of the late dictator.

Even ordinary citizens have been targeted for their dissent by Mr. Duterte’s propagandists. The President admitted to employing hundreds of trolls during the election to influence and overwhelm online discourse, and his most loyal sycophants have been well-rewarded with jobs in government or with his allies. These social-media influencers have led attacks against dissenters such as myself, and we receive floods of abuse and threats of rape and other violence in an attempt to discredit us or drive us offline.

Rappler’s fate may follow that of other news organizations who’ve been forced to fold or toe the line. The owners of the Philippine Daily Inquirer, a top broadsheet that maintained a running list of those killed under the regime, were threatened with prosecution before they quickly sold the respected paper to an ally of the president. A leading national TV station, ABS-CBN, has been threatened with closure. Heroic efforts such as Rappler’s – safeguarding media independence and force transparency and accountability on the government – are simply not welcome in Mr. Duterte’s Philippines.

It is within this pattern of weaponized propaganda, legal rubber-stamping and arbitrary regulation that we can understand the warrant against Ms. Ressa. The Duterte administration has long been trying to impose a facade of legitimacy by manipulating both public opinion and the courts to establish some sort of judicial truth. But judicial truth is not necessarily the truth, as Rappler has doggedly been proving.

The Duterte government claims it is simply enforcing the law, yet the law has not been administered equally; under this regime, even high-profile tax evaders have received only fines. And the administration’s much-touted respect for free speech is obviously disingenuous, deliberately muddling our right to speak freely with our ability to speak out and hold the powerful to account. Yes, by and large, Filipinos can still say what we want. But no, by and large, what we Filipinos say will never threaten the rule of the political elite – and when we do, we get shut up or shut down.

My country has always struggled with democracy. It has long been a dictatorship of dynasties, who trade power among themselves, even as they quarrel. Mr. Duterte, who adopts a false populist everyman image, is in fact the privileged son of a governor and the father to children who now monopolize all levels of governance in Davao City, the metropolis that the president ruled for more than two decades as mayor and congressman. His dynastic rule, like all dynastic rules, relies on political patronage – it’s what he knows, it works for him, so he extends that method to his presidency.

This is why Mr. Duterte allows loyal allies to expand their control, and his unelected appointees to use their gifted positions to clamber towards office in the next election, in May. This is why Rappler and other projects that seek to show the truth are assailed. This is why democracy in the Philippines has become a guise, as Mr. Duterte’s rule has allowed nepotism, cronyism, corruption, censorship and a new form of authoritarianism to thrive. Such power doesn’t need to be absolute – just enough to allow people like him to do whatever the hell these new kinds of world leaders want.

This is dictatorship for our era, and Rodrigo Duterte is its poster boy. But don’t you dare look away – we’re watching its rise all over the world.

Opinion
A new weapon against press freedom in the Philippines
December 5, 2018 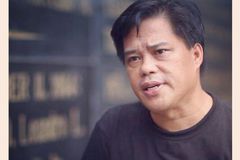 Celebrated journalist vows to fight tax charges seen as harassment of a critical voice in the Philippines
December 3, 2018 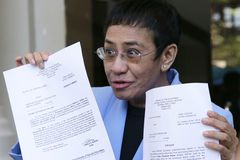 Philippino journalist Maria Ressa to turn herself in after police warrant
December 3, 2018
Follow us on Twitter @globedebate Opens in a new window
Report an error
Due to technical reasons, we have temporarily removed commenting from our articles. We hope to have this fixed soon. Thank you for your patience. If you are looking to give feedback on our new site, please send it along to feedback@globeandmail.com. If you want to write a letter to the editor, please forward to letters@globeandmail.com.
Comments