Rona Ambrose will probably never be more popular than she is now, as an undeclared candidate for the Conservative Party of Canada leadership. Her clout will diminish the instant she joins the race – if she joins the race – with an announcement that is either premature or overdue, too long or too short, tepid or over the top and, also, why’d she go with those shoes?

This is less a complaint than an observation: As long as Ms. Ambrose’s candidacy remains just an idea in the minds of Conservative wishful thinkers, it will be unrivalled. But once it becomes a reality, Ms. Ambrose will be forced to take positions on internally divisive issues – carbon taxes, supply management, refugee resettlement and so forth, to say nothing of the social issues – and, inevitably, the shine will start to wear off. The hypothetical candidate is almost always better than the real one.

But there’s a reason many Conservatives, including Alberta Premier Jason Kenney and former Saskatchewan premier Brad Wall, have already pegged her as the person to lead the post-Andrew Scheer Conservative Party. Ms. Ambrose is both well regarded internally and conceivably attractive to the wider Canadian electorate, making her one of those rare candidates that everyone can get behind.

Although Conservatives did improve their overall representation in government after the fall election, the party performed worse than in 2015 in the provinces that matter: Ontario and Quebec. Mr. Scheer’s inability to articulate a coherent response to questions about his views on gay marriage no doubt played a role, as did the party’s emaciated attempt at a climate policy.

Ms. Ambrose wouldn’t have the same problem on social issues. She’s supportive of gay marriage and pro-choice on abortion, which aligns with the views of the majority of Canadians. Although her record is not pure enough to spare her Liberal scrutiny – she caused a stir in 2012 by voting for a motion about investigating when human life begins – Ms. Ambrose could be trusted to capably explain how her views on abortion include shades of grey, which would be a marked improvement on Mr. Scheer’s approach of quietly hoping someone pulls the fire alarm.

Obviously, Conservatives will need more than a candidate who won’t scare voters on social issues, and Ms. Ambrose’s tumultuous early years in cabinet may serve to her discredit both on her leadership and climate. As environment minister, for example, she wore the government’s retreat from its Kyoto accord commitments and rather clumsily stopped an Environment Canada scientist from speaking about his own novel. But her tenure as interim leader nearly 10 years later should demonstrate she has the gravitas to counter the silliness we occasionally see from Prime Minister Justin Trudeau, while still conveying something in the realm of a personality and normal human emotion.

Ms. Ambrose won’t be the only candidate capable of that balance, but she would nevertheless enter the race with the most well-rounded and politically advantageous collection of credentials: She’s an Alberta-born social moderate with proven leadership experience and strong party support, who can also one-up Mr. Trudeau’s feminist slogans with an actual degree in feminist studies and advocacy efforts outside of politics. That’s a collection of qualities that Peter MacKay, for example, whose name has also been floated for leadership, can’t rival.

But while Ms. Ambrose might offer just what the party needs to broaden its tent, leadership elections tend to be myopic competitions about what the party wants. In 2018, the membership of the Progressive Conservative Party of Ontario elected a polarizing Doug Ford over a more palatable Christine Elliott, even though provincewide polling showed Ms. Elliott was the far safer option. While the choice worked out for Progressive Conservatives, party superstars having wider electoral appeal (or, in the instance of the Ontario election, such advantageous political circumstances) is not always the case.

Yet, after a closer-than-anticipated federal election result, the Conservatives have a whiff of governance again, as well as a reinvigorated desire to get rid of the Trudeau government once and for all. That means that actual electability should factor into this leadership contest – far more than it did in the 2017 Conservative race, which came down to who could shore up the most internal support. If that desire among party membership holds, Ms. Ambrose’s leadership – her hypothetical candidacy, at the very least – might offer the Conservatives their best shot. 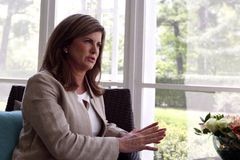 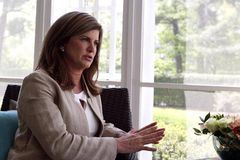 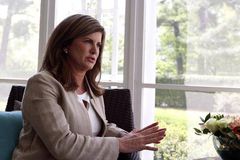