André Forget is a Canadian writer and editor.

In the provincial Russian city of Yoshkar-Ola, where I live, the coronavirus was first greeted as something of a joke. Even after school and university classes were moved online, and trucks with loudspeakers began driving around the city telling people to stay inside, the average citizen in our part of the Mari El Republic found it hard to take the situation seriously. Through an odd coincidence, the voice on the loudspeakers sounded eerily similar in tone to the one in the infamous news bulletins announcing the Nazi invasion of 1941 – an irony my adult students laughed about in class. The virus still seemed far away, and its presence in the distant capitals was hardly the kind of decisive catastrophe the Second World War had been. The quarantine orders were not strongly enforced initially. Most people ignored them.

This state of affairs did not last. Our first reported case, in early April, was followed not long after by our first fatality, a 37-year-old corrections officer who had contracted the virus from a visitor from Moscow. A lockdown swiftly followed, and more than a hundred of her colleagues were quarantined. As of this week, we are not allowed to walk more than a hundred metres from our homes without a permit. Masks are mandatory in public places. Fines are regularly issued to those who don’t comply.

As a Westerner, experiencing the lockdown in this part of Russia has been somewhat unnerving. Russia is often thought of as an authoritarian country led by a strong-man President whose power is, in practice if not in law, virtually unlimited. But Russia’s response to the coronavirus has been characterized by a notable degree of uncertainty and caution. In his public addresses early on, Vladimir Putin had assured Russians that the situation is under control, even as regional leaders raised the alarm about how easily Russia’s aging health care infrastructure could be overwhelmed by the crisis. There has also been a degree of confusion about how practical measures are to actually be enforced: as borders were closed and flights abroad cancelled, I was still expected to show up at the school where I teach – as a private institution, it was not required to abide by the same regulations. Up until the third week of April, by which time some branches of the government were already assuming the lockdown would last into June, Mr. Putin was still planning on going ahead with the annual Victory Day parade that takes place in Red Square every May 9.

By the end of the month, however, Mr. Putin was cautioning the country that the worst was yet to come. With Russia ranked eighth worldwide for number of coronavirus cases, we were told that we hadn’t yet passed the peak. Plans have been drawn up to ease restrictions starting in mid-May, but the governors of Russia’s regions will have the final say in how this happens.

In its struggle to strike the right balance in its response to the coronavirus, Russia is hardly unique. And although many Western media outlets have been quick to criticize Russia for its mismanagement of the virus – querying in particular the low number of infections the country was reporting in late March and early April – it would be risible to suggest Russia’s testing regime has been less rigorous than that of the United States. Much has been made, too, of Russia’s fondness for conspiracy theories, but this is not uniquely Russian, either. The idea that the virus is some kind of bioweapon is popular in Russia, but it is also popular just about everywhere else the virus has spread.

In other ways, however, the Russian response has driven home for me how different this country really is. It has also made me aware of the degree to which my own anxiousness is the product of having grown up in a place where my people have, for generations, been able to take a certain degree of stability for granted.

I moved to Mari El, one of Russia’s ethnic republics, because I am married to a Mari woman. She had completed a doctorate at the University of Toronto, and so was intimately familiar with my culture; hers was something of a mystery to me. The Mari are a small Indigenous nation who live in Russia’s Middle Volga region. They speak a Finno-Ugric language completely different from Russian and practise their own religion, but were indelibly marked by colonization under the Russian Empire, and Soviet industrialization and collectivization in the 20th century. Because my work gives me a certain degree of geographic freedom, and because my wife was wrapping up a research project on new religious movements in Russia, we decided to spend a year in her hometown.

Like many of Russia’s other Indigenous nations, the Mari have had the misfortune of being sandwiched between empires, and their place on the Volga River has both marginalized them and made them in a strange way central to the Russian story. In addition to three centuries of war, colonization and serfdom, in the past century my wife’s family also survived the Great Volga Famine, Stalinist collectivization, the gulag, the Second World War (which meant military conscription for the men and near-starvation for the women and children left behind), and the brutal economic collapse that followed the dissolution of the USSR. However bad the coronavirus might be, it is unlikely to have an impact anywhere near as horrific as the “shock therapy” of the nineties, which led to one of the most dramatic decreases in life expectancy the industrial world has ever seen. My in-laws didn’t need to stock up on potatoes or onions as lockdown began, because they always maintain healthy food reserves. They remember what a catastrophe feels like.

Compared with what came before, the past 20 years have been a period of comparative stability. The economy has been plagued by low growth and the civil liberties of some minorities – particularly LGBTQ people – have been threatened, but there is a sense that if you avoid politics and work hard, a degree of individual prosperity is possible. The promise of stability is essential to the government’s legitimacy; which is, I suspect, why the government has been so cautious in its approach to the pandemic. If the referendum originally planned for April 22 is held and the new constitution passes, Mr. Putin will legally be able to continue running for re-election into his eighties. But he has only held on to power this long because many Russians have a lived experience of what the absence of stability can mean.

The coronavirus has taught me that however much I may think of myself as being jaded about politics, I still basically expect the system to be responsive to large-scale human need. This is not an expectation my wife shares: the famous cynicism of the Russians is not some arbitrary national characteristic, but a mental habit acquired through hard experience. And like many defence mechanisms, it enables a certain kind of survival while making fundamental change difficult.

I am not yet a cynical person. I believe that the crisis also represents an opportunity to establish a new kind of stability, one not reliant on the immiseration of globalization’s losers, the demonization of minorities, or the despoiling of the environment. Whether this is simply another aspect of my middle-class Canadian naiveté will become clear soon enough. 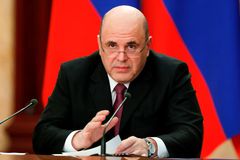 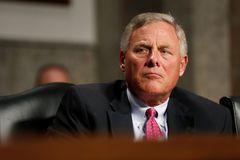 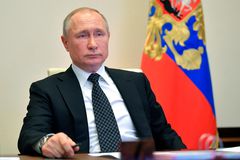