Stewart Elgie and Nathalie Chalifour are professors at the University of Ottawa, Faculty of Common Law, who have published many articles on constitutional law and the environment. They were co-counsel for an intervenor in the Saskatchewan court case, Canada’s Ecofiscal Commission.

In its May 3 decision upholding the federal carbon-pricing law, the Saskatchewan Court of Appeal took a classic Canadian federalism approach – the same one that has been used for decades in areas such as health and social programs. Nonetheless, some commentators – including some premiers – have attacked the decision and tried to play down its significance because there were two dissenting judges.

But the critics’ arguments don’t hold water, for several reasons.

First, there is nothing unusual about a dissenting judgment in important constitutional cases such as this. Since 1988, the Supreme Court of Canada has upheld three different federal environmental laws that were challenged, with a dissent in each case. It is the norm.

The majority held that Parliament has jurisdiction to price carbon as a matter of national concern under its residual Peace, Order, and Good Government power – because “climate change is a global problem” and “greenhouse gas [GHG] emissions don’t respect provincial boundaries.” They found the carbon pricing law is a “regulatory charge,” not a “tax,” largely because Parliament is returning all the revenues to taxpayers.

The dissent did not agree that carbon pricing is a matter of “national concern,” finding (surprisingly) that GHG emissions are a form of local air pollution. However, they held that Parliament does have authority to implement a carbon price under its taxation power (something Saskatchewan had conceded). The problem, in their view, was that the carbon levy was not properly drafted as a tax, constitutionally speaking (since Parliament explicitly designed it as a regulatory charge). But importantly, the dissent was clear that Parliament could enact a carbon price if it designed the law as a tax.

All five judges also concluded, based on extensive evidence, that carbon pricing is effective. According to Chief Justice Robert Richards, there was uncontested evidence that: “A well-designed carbon price is an indispensable part of a strategy for reducing emissions in an efficient way” and that “carbon prices … around the world have been successful in reducing greenhouse gas emissions.”

Writing for the minority, Justice Ralph Ottenbreit concurred that, “There is economic evidence to the effect that levies of this nature, whether a tax or regulatory charge, can successfully effect behavioural changes in a consumer.”

Similarly, all five judges agreed about the “existential necessity of mitigating anthropogenic GHG emissions.” And they agreed that both the federal and provincial governments have important roles to play in pricing and regulating greenhouse gases. They simply disagreed about which head of constitutional power allows Ottawa to price carbon.

The central issue in the case was how to put boundaries on the federal power, to allow it to deal with the national and global dimensions of GHG emissions, while leaving room for provinces to address the significant provincial aspects – such as the historic flooding now happening in Ontario and Quebec, and the wildfires in British Columbia.

The majority judges bounded the federal power by holding that Ottawa can set “minimum national standards of price stringency for GHG emissions.” Provinces can bring in their own climate laws and tailor them to the needs of their economies, as long as they meet the national minimum requirements.

This is the classic approach to Canadian federalism that has been used for decades. Both the majority and dissenting judgments enable this same approach for climate action, albeit under different heads of power.

And climate action is long overdue. In the 26 years since we signed the first global climate treaty, Canadian governments of all stripes have done a lot of talking about climate change, while our emissions have continued to rise. In the past few years, the federal government and some provinces have started to take real action, and emissions have started to come down, while the economy has kept increasing. This decision gives a green light for Ottawa to keep going, and for provinces to build on those efforts.

The Saskatchewan appeal court aptly called climate change an existential threat to Canada and the planet. It is time for our political leaders to stop procrastinating and work together to meet this challenge, finally.

Opinion
Doug Ford’s decision to fight the carbon tax is wise. Using taxpayer money for advertising is not
May 14, 2019 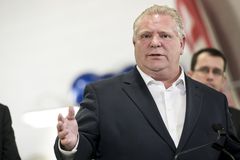 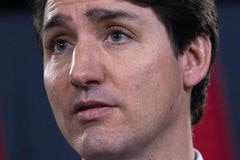