Turns out there may be no better time to call an election than amid a pandemic.

New Brunswick Premier Blaine Higgs called a snap election last month, and turned a tenuous minority government to a healthy majority. Two weeks ago, B.C. Premier John Horgan called one a year ahead of schedule, and appears to be headed for an overwhelming mandate to run the province for the next four years.

Meantime, Saskatchewan Premier Scott Moe is the latest to send the people of his province to the polls – this one, a scheduled election. And like his two provincial counterparts, he, too, appears to be on his way to a massive victory.

Of the three, Mr. Moe’s destined triumph is the least surprising. Since rising to power under former premier Brad Wall, the Saskatchewan Party (which is Conservative in all but name) has become a formidable political entity with seemingly endless political runway ahead of it. Current polling suggests the party has a stunning 30-per-cent lead in the polls. One could imagine it becoming akin to Alberta’s now-defunct Progressive Conservative Party, which ruled that province for more than four decades.

The halcyon days of NDP rule under such legendary figures as Allan Blakeney and Roy Romanow are fading into the mists of time, as are the days of Tommy Douglas and the Co-operative Commonwealth Federation before them. The NDP was booted from office in 2007 by the then-new Saskatchewan Party, as part of the overall swing to the conservatives both federally and provincially.

Mr. Moe tutored under the leadership of Mr. Wall, who understood the people of his province as well as any politician of the last 50 years. His formula for political success: Never forget who you represent.

The people of Saskatchewan are a generous, unpretentious, down-to-earth lot. They don’t like deficits, and certainly don’t like taxes, especially ones they feel are being rammed down their throats by elitist governments in Ottawa under the guise of helping the environment. Mr. Moe, who took over the party’s leadership in 2018, helped lead the fight against the federal government’s carbon tax, an extremely popular move in his home province. That alone is likely enough to get him re-elected.

Until the pandemic arrived, he’d done a pretty good job of keeping the province’s fiscal house in order, too; Saskatchewan has one of the lowest debt-to-GDP ratios in Canada.

The province has also been largely successful in keeping its COVID-19 numbers low, a product of Saskatchewan’s natural sparseness and geography as much as of facemasks and hand sanitizer. But it’s helped keep many people working and off the unemployment line – 87 per cent of those employed at the time the crisis occurred, according to Mr. Moe.

All this has made Saskatchewan NDP Leader Ryan Meili’s job almost impossible.

A decent, smart and self-effacing man, Mr. Meili, a physician, leads a fractured party. The old guard and new guard often don’t see eye-to-eye on issues. More problematic, however, is that a core mission of the NDP is protecting the environment.

While Mr. Meili has criticized the federal carbon tax as unsuitable for Saskatchewan, he supports carbon pricing at the provincial level – a kiss of death, and one that has naturally been exploited by Mr. Moe, who believes (like his neighbour, Alberta Premier Jason Kenney) that regulation is the way to save the world from environmental destruction. Mr. Moe also supports the development of small nuclear reactors, and still puts his faith in carbon capture and storage, even though a $1.6-billion investment in that technology under Mr. Wall has been a huge disappointment.

Remarkably, the province still turns the lights on by burning coal, which provides more than 50 per cent of all electricity consumed there. Mr. Meili has been pressing for an aggressive program to move away from coal-fired generation, but his concern has mostly fallen on deaf ears.

A perennial issue is population. For years, Saskatchewan had barely been able to tread water, with new births and immigrants just making up for the number of people leaving for greener pastures. Under the Saskatchewan Party, the trend line changed: During the period it’s held government, more than 170,000 people have been added to the province’s population roll, to the tune of a current population of 1.17 million.

However, in the last couple of years, the growth rate has slowed dramatically. In the second quarter of this year, almost 1,000 more people left the province than arrived. This will be a central issue for whoever takes over on Oct. 26.

And right now, there aren’t many betting it won’t be Scott Moe and the Saskatchewan Party. 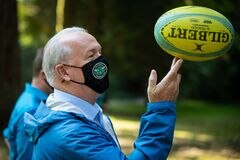 Opinion
With voting under attack in the U.S., Canada must recommit to democracy
October 4, 2020 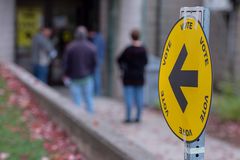