2020 was the year we obsessively refreshed rental and real estate listings as cottage-country prices soared, wondering if we could afford a piece of sanctuary. Something in our collective consciousness has flipped and we’re headed for the hills – even if the closest we can get is a potted basil plant on a high-rise windowsill.

The past year has been a year of incalculable loss. We were stripped of our jobs, our health and the people we love most. Under city lockdowns, high-rise buildings became the bars of our jail cells, disease running rampant in our densely packed confines. Naturally, our minds turned to escape. Some filled their Pinterest boards with rural-inspired cottagecore imagery, while a few even packed their bags and left.

We’re hardly the first to seek a return to nature, simplicity and self-sufficiency during times of social upheaval. North America has a rich history of back-to-the-land movements. In the 1840s, Thoreau and Emerson’s transcendentalists escaped a rapidly industrializing New England to seek out their “original relation to the universe” in places like Walden Pond. When the economy collapsed in the 1930s, the decentralists launched several homesteading social experiments. Among the Great Depression-era pioneers were Scott and Helen Nearing, who took up subsistence homesteading in Vermont and inspired generations with their book, Living the Good Life: How to Live Simply and Sanely in a Troubled World.

Cottage country prices are on fire

However, the sheer scale of the 1970s back-to-the-land movement made it unlike anything America had seen before. As many as a million young people decamped from the cities and suburbs and moved to the countryside. It was the first decade in 150 years of American history where the population in rural areas grew faster than in urban centres.

Composed mostly of white, well-educated, middle-class and wealthy Baby Boomers, this radical counterculture sprung from a brooding and apocalyptic atmosphere in the 1960s, a culmination of the Vietnam War, urban rioting, assassinations and a heightened awareness of air and water pollution. Some were bucking the drudgery of a desk job, others sought quietude and to grow their own tomatoes. So they went looking for a better world.

Draft dodgers constructed log cabins in the Yukon, New Yorkers joined communes in Vermont, Coloradans lived in geodesic domes made from scrap metal. With little to no experience, they built farms and homesteads, usually without the convenience of indoor plumbing, electricity or gas-powered machinery. Their aim: self-sufficiency, simple living and to exist outside of the capitalist economy.

Fast-forward 50 years and the children of the Boomers are running a similar script. Millennials have revived a multitude of land-based and ascetic movements: farm-to-table, minimalism, zero-waste and others. Symbols of self-sufficiency have become engrained in our cultural identity – including the cabin, the axe and the mason jar (a vessel so ubiquitous it now holds everything from toothbrushes to wedding centrepieces).

Then, in 2020, these cultural tremors grew to a seismic roar. Pandemic gardening took hold. Our search for a soothing activity and sense of food security caused U.S. seed giant W. Atlee Burpee & Co. to sell more seed in March, 2020, than in any other month in its 144-year history. The spring also saw panic poultry purchases, leading one New York Times contributor to note that baby chickens had become next to impossible to find.

As the wretched year wore on, property prices in cottage country skyrocketed while condo demand tumbled. A record number of Canadians left Toronto, Montreal and Vancouver, led by younger cohorts. The bulk of the increase in outflows – 82 per cent – were people under the age of 45. While many of these people went to suburbs and mid-sized cities, some also settled in small towns and rural areas. More spacious regions such as Ontario’s Prince Edward County and B.C.’s Sunshine Coast have seen a flood of interest in real estate, making it harder for local residents to find affordable homes. But for the new residents, reinventing their lifestyle is nothing a generation of digital nomads, tiny-home advocates and van dwellers couldn’t get their heads around.

It’s hardly surprising that some millennials are looking to greener pastures, but our reasons for leaving are personal. For some, working online, away from big city offices, has put home ownership within the realm of possibility. We can grow potatoes, hike out our back doors, live closer to our parents and watch our children play in the dirt.

Only a small minority of the 1970s back-to-the-landers fulfilled the vision of self-sufficiency. Those who did managed to do so with trust funds or money earned in mainstream society. Scott and Helen Nearing attained the “good life” in part thanks to a substantial inheritance – a decidedly unhelpful omission from their book.

The back-to-the-landers found that “chop wood, carry water” took on an oppressive tone in the unrelenting pursuit of self-sufficiency. Growing enough food required a lifetime of accumulated skill and knowledge, and even then, success wasn’t guaranteed. Ultimately, sentimentality and idealism were insupportable in the muck of poverty and hardship. (That’s not to say their legacy is moot. The hippies gave us co-ops, better organic farming practices and grocery staples such as sprouts, tofu, yogurt, brown rice and whole-grain bread.)

People moving to the countryside today are less naive about the realities of rural life. Thanks to the internet, it’s possible to earn a living from a cabin in the woods and learn how to milk a goat on YouTube. While our tempered movement may be less ideologically uncompromising, it does promise to be more lasting.

“Only afterward was it called a movement,” wrote Robert Houriet, a journalist and keen observer of the 1970s back-to-the-landers. “At the outset, it was the gut reaction of a generation.”

Overbidding on a home? Here are 4 things that could go wrong
Subscriber content
May 27, 2021 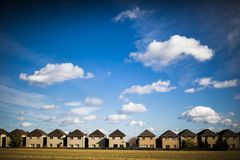 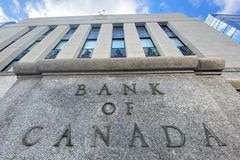 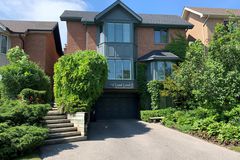