She’s sweet but keeps to herself. Just a little shy, maybe she has low self-esteem? She could be that student who just moved into the apartment next door, but you don’t see her very often. Maybe she’s the neighbour you always pass in the park. She could be anyone. She could be your daughter.

The perpetrators of sex trafficking are also difficult to identify; like the victims, there is not one type. While they can be strangers, more often than not, they are “boyfriends.”

Sex trafficking is happening in big cities and small towns. I promise you, it’s probably happening in your neighbourhood. “Romeo pimps” are running a multimillion dollar industry in Canada and most of us haven’t got a clue.

They are smooth, polished. They find their victims through friends, relatives or social media. How many of you have daughters on Instagram, TikTok or Snapchat? They are watching. They tell her she is beautiful. They tell her she’s different than the others. They promise love, money, safety; a way out to a better life. They prey on her dreams. They just need a little favour, though. They just need her to meet up with a couple of their “friends” to help “cover the costs” for some of their gifts. She’s in “love.” She wants to be helpful. But she is slowly drawn into complete and utter dependency, until there is no way out.

Human trafficking is a highly choreographed, systematic game of Simon Says where the trafficker always wins.

Moving from town to town, province to province, remaining in place only long enough to exploit their victim, the traffickers retain control. This constant movement helps them elude law enforcement, making it difficult for police to identify a sex trafficking situation and nearly impossible for the victim to even know where they are.

Between 2009 and 2018, there were more than 1,700 incidents of human trafficking reported to law enforcement in Canada. And given the very real risk of violence that victims routinely face – compounded by the shame and fear of coming forward – that figure is surely just a fraction of all incidents. It’s estimated that there are possibly three times more victims of human trafficking than there are victims of shooting in this country.

Human trafficking is taking place in every community, every neighbourhood in Canada. Both the federal and provincial governments recognize the magnitude and importance of this criminal activity and are putting funding and resources in place to begin addressing sex and labour trafficking. There are several opportunities to improve the effectiveness of our collective efforts. Of paramount importance is the need to develop an interjurisdictional plan. Too often these criminals escape detection because they move in and out of jurisdictions. We could see improved effectiveness of both enforcement and conviction if we were to co-ordinate police services at the national level.

Interacting with victims requires a special trauma‑informed skill set, something that is not consistently in place right now. We need unified training for our support and police services. It only makes sense to make our judicial processes less traumatizing for our survivors.

We seek more opportunities to work closely with the private sector, building partnerships with business sectors commonly used by traffickers, such as rental car companies, hotels and short-term rentals, to improve detection and prosecution.

But of all the things we could do, this one is the most impactful: We want to encourage all levels of government across the country to commit to funding anti-human trafficking initiatives in perpetuity. This is a non-partisan issue and by ensuring persistent funding we can provide exceptional, meaningful, and effective support for victims and survivors. A permanent commitment to fighting this crime could keep your daughter safe, after all. 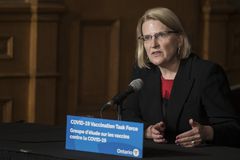 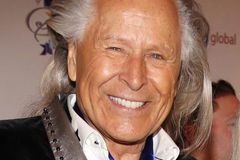