One year ago, I was travelling beside Chief Gerry Lewis, his truck creeping along a frozen ice road in the Anishinaabe community of Iskatewizaagegan, or Shoal Lake 39 First Nation, outside of Kenora, Ont. He’s lived his entire life here; it’s where he raised his children and started a business.

Before Contact, Chief Lewis explained to me, the Anishinaabe used the waters of Shoal Lake and the surrounding lands for survival and trade, with the water providing an abundance of sturgeon, blueberries and wild rice. But now, the community, which sits on the northwest corner of the lake, has been left without the economic tools it needs to survive.

Every day, a giant, 150-kilometre-long aqueduct draws more than 220 million litres of fresh water from the lake so that Winnipeg has clean drinking water. People in Iskatewizaagegan have seen land taken and their cultural practices completely altered, with wild-rice beds destroyed and entire ecosystems threatened by the aqueduct.

The people of Iskatewizaagegan have a spiritual connection to the lake and the lands that surround it. It is a sacred trust. Under Indigenous law, they are to protect and keep safe the area for the next generations. Ontario has thumbed its nose to these truths.

By all accounts, Premier Doug Ford and his government have no respect for treaty rights. The Ontario government passed Bill 197, legislation that plows over any environmental consultation with First Nations in favour of widespread development; it has refused to increase annuities from $4 a year for the Robinson treaties negotiated in 1850 (Restoule v. Canada); it has abdicated its responsibility to Treaty 9 communities, including supplying clean water to Neskantaga First Nation.

And on Jan. 21, in response to the community’s lawsuit seeking compensation from the City of Winnipeg and the province of Ontario for damage wrought by the aqueduct, the province filed a factum saying it has nothing to do with the case of Shoal Lake 39 – which makes clear the Ford government’s refusal to acknowledge the treaties that built the land and Section 35 of the Constitution, which affirms First Nations treaty rights.

Never mind that an Order-In-Council from 1913 declared that “full compensation” must be made to the “Province of Ontario and also to all private parties whose lands or properties may be taken, injuriously affected or in any way interfered with,” as it related to the removal of water from Shoal Lake – an order that is still law, as part of the Ontario Water Resources Act. Shoal Lake 39 hasn’t received a cent.

Ontario argues that it has no responsibility here – that the 1913 order is meaningless because Winnipeg takes water only on its side of the border. “While Shoal Lake itself is located in both Ontario and Manitoba, the water-taking activities take place only in Manitoba and fall outside the regulatory jurisdiction of Ontario. As Ontario has no regulatory authority with respect to Winnipeg’s water-taking activities, Ontario has not asserted discretionary control over the plaintiff’s interests sufficient to give rise to a fiduciary duty as alleged or otherwise,” the factum reads.

Well, about that: 95 per cent of the 265-km surface area of Shoal Lake is in Ontario. And Iskatewizaagegan is part of Treaty 3, which was signed in 1873, and it makes up the northwestern half of Ontario. Without the treaty, there would be no Canada.

“The case is all about how Ontario literally sold the water out from underneath Iskatewizaagegan and not a word of consultation, respect, anything,” said lawyer Julian Falconer, who represents the community in the lawsuit. “Here we are 108 years later and the lawyers from the Ministry of Attorney-General use the word ‘reconciliation’ like it’s a cocktail party word, yet they are the ones who have been … pursuing an appeal on the Restoule case. And they are the ones in court fighting the people of Shoal Lake, refusing to allow their day in court.”

That is not how treaty relationships are supposed to work. When you sign an agreement, it means something.

Just as it should mean something when you are ordered, by your own courts, to live up to the terms of the Robinson-Huron Treaty of 1850 and compensate the descendants fairly. Ontario also seems to have forgotten it signed Treaty 9 – leaving many First Nations people without clean water, high schools or medical care – but the province was quick to take the diamonds, gold and resources out of the land.

Iskatewizaagegan deserves its day in court.

Opinion
When it was time to admit a broken promise, Justin Trudeau delegated the job
Subscriber content
December 3, 2020 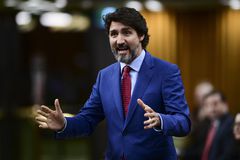 A historical account of the pandemic: health, colonialism and racism in Canada
November 12, 2020 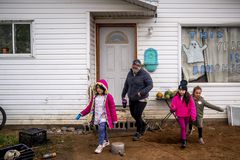 Ottawa recommends First Nations do not proceed with elections during coronavirus crisis
March 27, 2020