In Norway, 98 per cent of patients with conditions such as rheumatoid arthritis, Crohn’s disease or ulcerative colitis are treated with infliximab, a biosimilar.

In Canada, only 8 per cent of patients with those same conditions receive a biosimilar; the vast majority get an expensive originator biologic, sold under the brand name Remicade. Why?

The short version is that Norway pays far more attention to getting value for money for its public drug spending than Canada. They also don’t fall for the marketing bumpf about brand-name biologics somehow being magically better than biosimilars. Research has shown, time and time again, that they are “highly similar.”

With biologics now accounting for more than 23 per cent of public drug spending – $3.4-billion of $14.5-billion paid by public drug plans last year – governments are finally starting to wake up to this issue.

Both B.C. and Alberta have announced that they will switch patients on government-sponsored programs from biologics to biosimilars. What the other provinces are waiting for to act is not clear. Likely just run-of-the-mill, money-wasting inertia.

Needless to say, pharmaceutical companies are pushing back. Remicade alone has sales in excess of $1-billion a year for Janssen Inc. in Canada.

In response to Alberta’s announcement, one company offered the province a price cut equivalent to $100-million, which provincial Health Minister Tyler Shandro rejected, saying switching to biosimilars would save more money. He also said a deal would undermine the pan-Canadian Pharmaceutical Alliance, the group that negotiates drug prices on behalf of federal, provincial and territorial governments.

The list price of infliximab biosimilars is about 45 per cent cheaper than Remicade’s list price, but we don’t actually know what negotiated price provinces are paying for originator drugs.

Advocacy groups representing patients and specialist physicians are also getting in on the discussion, largely to advocate for the status quo. Crohn’s and Colitis Canada, for example, argues that “biosimilars are a safe and effective treatment … but firmly believe that switching from a biologic to its biosimilar for non-medical reasons is not in the best interest of patients.”

The group is arguing that drug prescription decisions belong strictly to physicians and their patients. That is true. But it is nonsensical to suggest that every drug prescribed by a doctor must be covered by an insurer, either public or private.

Resources are limited, so insurers must ensure that the drugs that are covered provide value for money. There is no question that treatment-naive patients should be started on biosimilars. Currently, fewer than half of new infliximab patients begin on a biosimilar. That’s unacceptable. Whether patients who are stable on their current medications should be switched is a thornier issue.

Getting patients with chronic degenerative conditions, such as rheumatoid arthritis, to a point where they are in remission and stable can take a long time. A treatment plan for a complex illness should not be trifled with because medication changes that fail can result in costly hospitalization.

So it would not be unreasonable to grandfather patients who are stable now and focus on getting new patients or patients whose drugs are not working on to biosimilars. This approach, known as preferential reimbursement, would soothe some fears. Another complementary approach is tiered reimbursement – covering originator biologics only after a patient has failed one or more biosimilars. These policies are already in place in some provinces.

We should not forget either that private insurers are struggling with these issues as much as public insurers (in Canada, only 43 per cent of the $34.3-billion in prescription drugs spending is publicly funded). Some private insurers have begun transition programs, reimbursing the cost of a biosimilar, but allowing clients who wish to remain on an originator biologic to pay the difference out-of-pocket. Not everyone can afford this, but in some cases, manufacturers provide them with rebate coupons.

However, not all the burden for cutting costs should fall on patients. Canada is slow to approve new biosimilars; since 2006, Health Canada has approved only six, compared with 13 approvals by the European Medicines Agency. We also have among the highest prices in the world for both biologics and biosimilars, so more co-ordinated and aggressive price negotiations are required. As drugs change in fundamental ways, so too must we change what and how we reimburse.

Biologics and biosimilars are the first large-scale test of how governments will navigate this complex new world and, to date, Canada’s public drug plans have largely shown themselves to be hopelessly adrift. 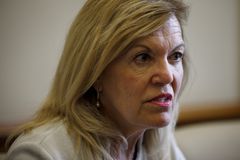 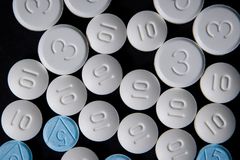