Canadians reached an important way station on a very long road on Thursday, when Governor-General Julie Payette gave royal assent to Bill C-66, which will expunge the convictions of men who had sex with other men in the days when this was a crime.

It comes in the same week that a Federal Court judge approved a settlement in a class-action lawsuit – the only one like it in the world – brought by public servants and members of the military who were dismissed or whose careers suffered because they were homosexual.

For some, such redress isn’t enough; for some, it’s too much. But maybe, just for a day, we can pause and say to one anoother: Well done.

Related: From ‘sex perverts’ to queer: Globe archives chronicle how we talked about homosexuality

Before 1969, it was a crime to be gay. Everett Klippert received a life sentence because he kept having sex with other men. (He was released from prison in 1971.) Even after Pierre Trudeau’s government legalized same-sex acts between consenting adults, you could be charged for visiting a bath house, or having sex with more than one person.

Police scoured the military and public service for homosexuals to fire, on the grounds that foreign agents could blackmail them.

And garden-variety harassment on and off the job remained a fact of life for LGBTQ Canadians, just as it is for some today.

But last November, Prime Minister Justin Trudeau apologized in the House on behalf of all Canadians for past wrongs.

“These aren’t distant practices of governments long forgotten,” he said. “This happened systematically, in Canada, with a timeline more recent than any of us would like to admit.

“In talking about these injustices, vowing to never repeat them, and acting to right these wrongs, we can begin to heal.”

For many LGBTQ activists, this isn’t enough.

“Where is action on the blood bans, getting rid of the bawdy house and indecent act offences, ending the criminalization of people with HIV and sex workers, addressing the racism and poverty affecting queer and trans people and much more!” tweeted Gary Kinsman, a sociologist who advocates on LGBTQ issues.

And it’s all true. Gay men who have sex can’t donate blood, a legacy of the fear of AIDS.

“Found ins” were charged in bath-house raids in decades past, although the courts later ruled bath houses aren’t bawdy houses. Those convictions should also be expunged.

It can be a crime to engage in sex without telling your partner you are HIV-positive, even though the disease now can’t be transmitted if the virus is undetectable.

And LGBTQ kids on the street, including sex workers, are at greater risk of violence, in part because of discrimination against them by other street kids.

C-66 “is a good first step,” said Senator René Cormier, who sponsored the expungement bill in the Senate, “but we know it’s not enough.” His next priority is investigating whether and how convictions from bath-house raids can be annulled.

On the other side of the argument, some people complain that the Canadian government apologizes on a dime.

Mr. Trudeau has offered a string of apologies and will offer another in memory of Jews on the passenger ship St. Louis who were turned away from Canada in the 1930s. Many died at the hands of the Nazis.

But surely it’s never a mistake to say: We were wrong, we’re sorry, we promise to do better, we promise to make amends. Political leaders from Washington to Budapest are stoking hatred toward minorities. Mr. Trudeau’s way is the better way.

And yes, it’s true that the journey to full equality for sexual minorities in Canada is far from over.

But for those who were tormented and humiliated in the school yard, who thought they could trust their secret to no one in the world, who hid their private lives even from friends, who tried desperately to avoid having to lie about their sexuality at work, who still don’t feel they can hold hands or kiss on the street:

Our Prime Minister apologized for this. A new law wipes old slates clean. People who lost their job are getting some money for it.

This is a good day.

Opinion
Fifteen years after equal marriage – many successes, but much more work to be done
June 12, 2018 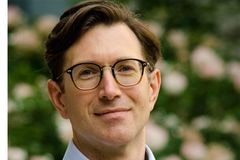 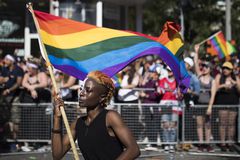 Globe editorial: The problem with too many Liberal apologies
May 18, 2018 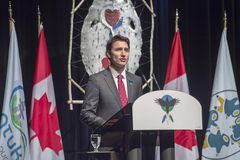