No, really. Justin Trudeau’s government hasn’t been able to pump out infrastructure projects at the rate it promised. That’s bad for the public and bad for the economy. It’s especially bad politics for the Liberal Party of Canada.

The fact that the Liberals can’t get the infrastructure projects going at the speed they promised is a symbol for disappointment with Mr. Trudeau’s government. It seems to have lost the plot on the nitty-gritty matters that affect people’s lives.

So when Parliamentary Budget Officer Jean-Denis Fréchette reported last week that the Liberals have only identified projects for half of the money in Phase 1 of their infrastructure program − $7.2-billion out of $14.4-billion − that signalled a failure.

This could be a huge sleeper issue for Mr. Trudeau’s Liberals. For the Conservatives and the NDP, it literally provides concrete examples of the gap between Liberal election promises and reality.

Infrastructure was Mr. Trudeau’s central election promise. He attacked then-PM Stephen Harper for failing to do anything to get the economy rolling. And he promised to run small deficits, of no more than $10-billion a year for two years, to fund substantial infrastructure investments.

It worked on many levels. Infrastructure spending is a motherhood and apple pie issue that all parties support. Ordinary Canadians understand the sense of spending on long-term assets that make the daily lives of their communities better, such as wastewater projects and public transit. And promising more spending on infrastructure meant the Liberals could promise environmental or quality-of-life improvements, because a public-transit project could reduce emissions and get folks out of traffic jams.

Above all, it gave the Liberals an economic plan that promised to deliver, quickly pumping money into the economy in the first two years of their mandate.

But Mr. Fréchette’s report notes that didn’t happen. Delays in organizing the infrastructure programs and their projects made the Liberals push back the funding. The Liberal platform promised $10-billion in infrastructure spending for the 2016-17 and 2017-18 fiscal years, and increased it to $11.3-billion in Finance Minister Bill Morneau’s first budget. His latest budget reports only $6.6-billion was spent in those two years, and the PBO report says it was probably a little less.

The government argues the same amount will be spent in the long run, but Mr. Fréchette’s report notes the short-term stimulus effect on the economy was far weaker than promised. The Liberals have accelerated infrastructure spending, but not enough to have a real impact.

The government also argues the PBO’s claim that the government has only identified projects for half the money might not be accurate: Local work often starts because Ottawa gets a bill and the records government departments gave to the PBO might not be complete.

How’s that for a good political comeback: We really don’t know how many billions we have spent on our central election promise, and we can’t really detail where all the money went. That alone is a sign that this government has let this priority slip.

The Liberals, clearly, have made the calculation that their voters won’t punish them for running bigger deficits than promised. But the other part of Mr. Chong’s criticism − that the Liberals spend on non-essential things – may be more telling. It makes the Liberals vulnerable to attack from the centre. Voters of all stripes like infrastructure spending, but the money is going elsewhere.

That sort of thing probably reflects the disappointment the Liberals are facing from folks who supported them back in 2015. Those erstwhile Liberal supporters like many of the things Mr. Trudeau has done, but some of them probably feel he’s lost touch with managing the nitty-gritty things that affect their daily lives. The PBO’s report on infrastructure is the kind of example their opponents can cite, over and over, till election day. 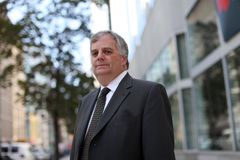 Only half of Liberal’s planned infrastructure spending set aside for projects: PBO
March 29, 2018
Follow Campbell Clark on Twitter @camrclark
Report an error Editorial code of conduct
Due to technical reasons, we have temporarily removed commenting from our articles. We hope to have this fixed soon. Thank you for your patience. If you are looking to give feedback on our new site, please send it along to feedback@globeandmail.com. If you want to write a letter to the editor, please forward to letters@globeandmail.com.
Comments are closed