Among the notional dividing lines for sorting a human population, the one that separates those who would willingly embark on an ocean cruise and those who would rather set their hair on fire is definitive. Ever since the appearance of David Foster Wallace’s hilarious 1996 takedown of Caribbean cruise culture, many people cannot think of cruise ships without revulsion.

A sample, just for context: “I have seen every type of erythema, premelanomic lesion, liver spot, eczema, wart, papular cyst, pot belly, femoral cellulite, varicosity, collagen and silicone enhancement, bad tint, hair transplants that have not taken – i.e., I have seen nearly naked a lot of people I would prefer not to have seen nearly naked.”

Thousands disagree with those sentiments every year. Those floating hotels are packed with eager tourists who enjoy every minute of relentless force-feeding, tiny patios, second-rate on-board entertainment, and visits to the rapacious duty-free zones of exotic ports of call.

Every year, that is, except maybe this one. Cruise ships have become a focal point for growing coronavirus anxiety – and for baseline ethical choices. Imagine being quarantined for weeks in a disease-afflicted ship, chock-a-block with close-quartered fellow inmates, then off-loaded to a military base or naval port for further isolation. Actually, you don’t have to imagine it, because even quarantined people have phones and therefore do media interviews pretty much every day now.

It’s clear that nobody should go on a cruise for the foreseeable future, especially in Pacific or Mediterranean waters. That decision, as with so much of virus-related decisions, is just common sense, both for self and other. It goes along with washing your hands, using the elbow-bump instead of a handshake, and self-isolating when you know you’ve been in contact with an infected person. This is not next-level ethics. But what about less obvious obligations and actions? What counts as good citizenship under outbreak?

Should you fly? Many people think it’s okay to do so, because doctors and some governments still haven’t forbidden it. Well, maybe – but surely not for mere pleasure. Should you empty your drug store’s shelves of toilet paper and hand sanitizer? Should you buy a face mask when it’s clear they are mostly ineffective at prevention and could be better used by medical professionals? No, and absolutely no.

Using government directives as a threshold for moral decision-making is perverse. That abandons personal responsibility, and, worse, in a very shaky manner. It is also ineffective: There will always be scofflaws – fare evaders, tax dodgers, shoplifters and the like. We can tolerate marginal costs here, but these are clear breaches of the social contract.

Flying when you don’t have to is also a breach of public trust. March Break has become a line in the Caribbean sand. “What if everyone did that?” is not a rhetorical question here, it’s a call to collective account. Your self-interested defections from prosocial behaviour create tragedy-of-the-commons races to the bottom. Flying or hoarding right now is akin to looting during a riot. Nobody wins if everybody loses.

Yes, actions come in degrees. Staying home for a week may prove to be a luxury good barred to people in gig economy jobs, face-to-face professions, and caregivers. But really: Don’t fly if you don’t have to, avoid public spaces and events, stay at home if necessary. We know that Italy, Washington State, and other regions are on full lockdown. Soccer and tennis tournaments are being cancelled, NHL and NBA teams may play to arenas empty of fans. I have tickets to an indoor baseball game in a few weeks. I doubt I will attend.

Politics is a series of bargains between individual desire and collective good. But individual desire didn’t have much traction before about 1650, if not 1776. What always remains is the goal of robust public trust. Community health is a shared good, just like education, transit infrastructure, and building standards – a concept that people against vaccines, flu-shot refuseniks, and turnstile jumpers everywhere just don’t seem to grasp.

You are not above the human herd. A united community, like a tight-formation bomber wing facing incoming fighters, is what offers everyone protection. Don’t raid the shelves; make hand sanitizer from isopropyl alcohol and aloe vera. Don’t believe the misinformation, and nix the cocaine and bleach as a cure; they make things worse. And whatever you do, remember that public trusts are bigger than your fleeting personal interests. 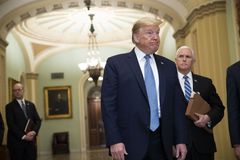 Opinion
No need to panic with President Doctor Trump in control
March 11, 2020 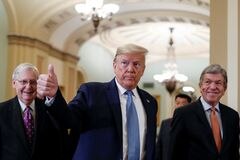 Opinion
How hospitals can increase capacity to cope with coronavirus
March 11, 2020 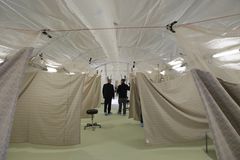