Brianna Sharpe is an Alberta-based educator and freelance writer in Cochrane.

I never thought I would see the day when #socialstudies was trending on Twitter, but Alberta is making it happen. The province is buzzing after Iron Ridge Intermediate Campus in Blackfalds, Alta., had to cancel its Christmas dance and call the RCMP to defuse a heated situation involving threats from parents. The inciting incident? A Grade 4 social-studies lesson that showed two perspectives on Alberta’s oil industry.

In August, Premier Jason Kenney pledged to remove “political agendas” from social studies through the UCP’s curriculum review. But education is always political. Classrooms are full of competing perspectives and power structures, just like life outside of the classroom. A teacher’s role is to make students aware of these structures and to support their pupils as they form their own opinions and learn to identify bias. The UCP’s desire to “depoliticize” social studies is not only delusional, it is dangerous; it threatens the skills our increasingly polarized democracy demands right now.

I’ve taught Grade 10 social studies more than a dozen times. These test questions correspond with the curriculum, which requires students to explore multiple perspectives on issues such as resource development and to identify points of view. The current curriculum was created by a Progressive Conservative government in 2005 – a government that knew schools should prepare citizens to think critically and identify bias when they vote, consume media and discuss controversial issues.

Ms. LaGrange and Mr. Kenney have joined the growing ranks of politicians promoting partisan agendas by casting doubt on teachers and curricula. Ontario Premier Doug Ford justified rewriting the sex-ed curriculum in 2019 with a promise to end “the days of Liberal ideology indoctrinating our kids.” Globally, Chinese officials rebuke Hong Kong’s liberal high-school curriculum for the continuing unrest, with state media saying Hong Kong teachers have “treated the classroom as the sowing ground for a political perspective.”

While these examples differ in important ways, they all suggest that depoliticizing is less about removing politics from the classroom and more about censoring voices that threaten dominant perspectives.

In a longitudinal study of U.S. classrooms, educational researchers Diana E. Hess and Paula McAvoy found that when high-school social-studies classes involved discussion of controversial issues, students were more likely to be politically engaged after graduation. In their 2014 book The Political Classroom, they argue that schools must prepare young people for democratic participation, so “to strip classrooms of any political content whatsoever would be an abdication of that responsibility.”

Alberta’s resource industry is an issue with multiple perspectives. Indigenous land rights and climate effects, for instance, should be considered alongside economic growth and employment statistics. To imply that the curriculum is “anti-oil-and-gas” and “anti-Albertan” risks removing critical thought itself from our classrooms – and from our citizens.

The UCP’s paranoia about apparently radical teachers, however, has struck a nerve. History is full of educators with nefarious agendas, from the racism of residential schools to Holocaust-denying teacher James Keegstra. I’m a parent, and thoughts of what a teacher like Mr. Keegstra could do terrify me.

But this is all the more reason why critical thought in a classroom must be supported. During my years as a teacher, students would guess at my political beliefs from time to time, playfully asking whether I was anything from an anarchist to a communist. While I was highly selective about sharing my own viewpoints, this always made me smile. Not because they were correct (I am neither of those things), but because they were learning to look for ideology everywhere – even in me.

From there, we could discuss the political spectrum and the need to scrutinize every potential source of bias, whether a teacher, tweet, textbook or the TV news. The social-studies curriculum requires students to “determine the validity of information based on context, bias, sources, objectivity, evidence or reliability.”

While Ms. Hess and Ms. McAvoy emphasize the benefits of a “political classroom,” they warn against the dangers of a partisan curriculum that is controlled by the party in power and used to advance its agenda. When Ms. LaGrange told the legislature that “educators have a duty to tell the truth about our energy industry,” she is in fact referring to a specific version of the truth – a partisan one.

The idea that education is always political comes from the work of renowned Brazilian educator Paulo Freire, who said “teaching is never a neutral act.” To pretend that it could be, to try to remove politics from the classroom, risks removing students’ ability to discern bias and teachers’ ability to be upfront about the dynamics that are actually at play.

If Alberta were my classroom, I would be inviting Ms. LaGrange and Mr. Kenney to stay after class. I think we need to review some key concepts around politics, bias and the purpose of education. 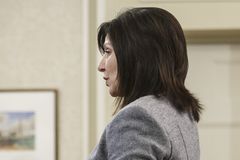 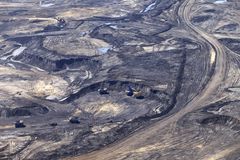