Dave Bidini is a member of Rheostatics and author of Baseballissimo.

The answer to the question about whether Major League Baseball should return to Montreal is an obvious one: Of course it should. But that’s not the best question.

A better question might be whether Major League Baseball should go to Vancouver, although the answer should be the same: Of course it should.

Vancouver has had a fraught history with its professional sports franchises, but that doesn’t mean it’s not ready for the sport that best suits the climate, culture and swing of the ocean city.

Basketball’s Grizzlies abandoned Van for Memphis, the Canucks have gone Cupless since their inception in 1970, and Major League Baseball originally turned east for its cold-weather Canadian franchises, failing to recognize British Columbia’s reputation as the engine behind Canada’s baseball-talent factory, having produced decorated major leaguers from Maple Ridge’s gallant outfielder Larry Walker to Langley’s over-sugared kid, Brett Lawrie, to Sechelt’s scruff king, Ryan Dempster. This is to say nothing of the country’s two great baseball writers: the prosaic bard of the ballpark, Point Grey’s George Bowering, and the passenger-seat Shakespeare, Hope’s late W.P. Kinsella, whose The Thrill of the Grass remains the greatest-ever collection of short stories from the diamond.

I have a personal history with baseball on the West Coast. On Rheostatics’ first tour in 1987, we spent most of our downtime in one of Canada’s great, storied ball fields, Nat Bailey Stadium, home then and now to the long-standing minor league Vancouver Canadians, whose attendance is among the best at the lower levels. I remember effusing on a postcard: “There’s even a forest in centre field!”

The Canadians are the A-level affiliates of the Toronto Blue Jays, so there’s already a symbiosis. And the fact that tens of thousands of Jays fans in Vancouver regularly hop the border to attend games in Seattle supports the hold that baseball has on the city. It’s even more exceptional when you consider the general antipathy that people on the West Coast have to sporting entities from the East. Baseball fans in Vancouver and the surrounding area hold their nose and cheer for Canada’s only Major League Baseball team, which may be even more reason to give them one of their own.

The issues of settling a major league team in Vancouver aren’t that different from the Expos’ proposed reboot. There are still questions of how and where to build a ballpark, but when it comes to setting and community and civic identity, the West Coast city can keep pace with whatever the Quebec team might offer, plus the dream of a mountainscape and a dash of forest nearby; a lively and well-established civic athletic culture; and a baseball legacy that’s sitting right there, ready to recognize and celebrate.

Because of Vancouver 2010, the city’s profile among sports fans in the U.S. is beyond where it was when MLB moved north in the sixties and seventies, and it’s probably a natural sell as a geographic rival to Seattle and other teams down the West Coast (the Washington-B.C. rivalry will ramp up once Seattle ices its NHL expansion team in a few years). Not even the Jays have a natural rival to match Vancouver’s potential dance partner – Cleveland and Detroit both moved divisions years ago – and, beyond Toronto, it’s hard to see for whom potential Expo fans would foment their displeasure.

Plus, in Vancouver, you can play almost every day from April to October. Sitting outside in the game’s natural setting would be the rule rather than the exception.

While the Canucks and the CFL’s Lions have both been successful and stable franchises, it’s Major League Soccer’s Whitecaps that best support Vancouver’s argument for an MLB team. Easily among the top 10 in average attendance (based on capacity), they’re an example of a team joining a new league, playing a new professional sport and thriving in it – although, because baseball plays 81 home games, consistently filling stadiums is a challenge every team faces.

Still, baseball is cash-rich from regional television deals; inevitable legal professional sports betting will shower it with even more money; and the ability to support nascent teams has never been more possible with the wealth shared among all 30 teams.

Because a lot of markets in the United States are already tapped, and with the MLB commissioner suggesting expansion is inevitable, the league would be foolish not to consider alternative Canadian locations – as well as those on the table – for new franchises.

Stephen Bronfman might suggest that Montreal is sitting there waiting to be asked back into the fold – and what baseball fan in Canada wouldn’t support a return of Youppi!’s team?

But who, in the cold light of day, looks more attractive to the league – a city that once lost a team, or a city waiting with only promise and hope? 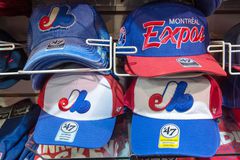 ‘We are ready’: Stadium deal the next step for baseball’s return to Montreal
March 26, 2019 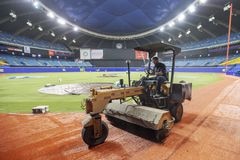 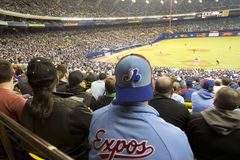