Two astronauts – one American, the other Russian – narrowly escaped death over Kazakhstan Thursday when their Soyuz rocket failed two minutes after blast-off.

In the first use of an abort system in flight, the Soyuz capsule detached from the rocket and fell back to Earth. Fortunately, the G-forces were within survivable limits and the capsule’s parachutes deployed.

Yet the failure of the rocket has huge implications for the International Space Station – the ISS – where the astronauts were headed. For half a century, Soyuz rockets have been the workhorses of the Soviet and Russian space programs. After the U.S. National Aeronautics and Space Administration (NASA) shut down the Space Shuttle program in 2011, Russia became the sole provider of launches for astronauts to the ISS. It also provides many of the uncrewed resupply missions.

Three astronauts are presently on the ISS: an American, a Russian and a German. They are due to return to Earth this December and could still do so, since their own Soyuz capsule is docked to the station. They also have plenty of food, water and other supplies, thanks to a recent delivery by an uncrewed Japanese cargo vessel.

The ISS has been continuously occupied for almost two decades. It represents a massive investment in science and technology – the most expensive single project undertaken by humankind. Yet its complex systems, many of them aging, require constant maintenance and frequent repair. NASA estimates a 10-per-cent risk of losing the entire station if it is left for six months without a crew.

There are also huge risks to the Russian government. The country is losing its long-standing position of leadership in space, with implications for its geopolitical stature as well as the self-image of its population. It is no accident that Vladimir Putin recently appointed one of his most trusted deputies, Dmitry Rogozin, as the head of Roscosmos, the Russian space agency.

Two other Soyuz launches failed in 2015 and 2016, both of them involving uncrewed resupply vessels. But the last failure of a crewed Soyuz mission occurred way back in 1983 when a rocket exploded on the launch pad.

This past August, a tiny hole was discovered in the orbital module of the Soyuz spacecraft currently docked at the ISS. The origins of the hole, which caused a small air leak before it was repaired, has become a point of contention between the Russian and American space agencies – with Roscosmos claiming sabotage and NASA pointing to a manufacturing mistake as a more likely cause.

It is too soon to know the reason for this week’s in-flight accident, though it occurred at the moment when a side booster was supposed to separate from the rocket’s second stage.

The Russians may have their own plans. Russia’s Interfax news agency, citing sources in Roscosmos, says the astronauts currently on the ISS will likely have to wait until early 2019 before an investigation can be completed and another Soyuz launched.

But the Soyuz capsule currently at the ISS is only rated for 210 days in space. It has to be brought back by the end of December if additional risks are to be avoided. This leaves NASA and Roscosmos with three options: launch the next Soyuz with only a two-week delay for the investigation into this week’s accident; leave three astronauts on the ISS without a safe exit option; or leave the ISS without a crew to make essential repairs.

Every course of action carries enormous risks. And Canada is at the centre of this drama because astronaut David Saint-Jacques is due to fly on the next Soyuz mission on Dec. 20 – which just became much more dangerous than it already was.

Mr. Saint-Jacques will have no hesitation, of course. Astronauts sign up for risk. But the rest of Canada might wish to brace itself. Space is hard. 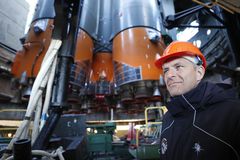 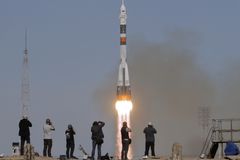 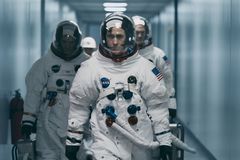