Hector Macdonald is the author of Truth: How the Many Sides to Every Story Shape Our Reality.

U.S. President Donald Trump has now fired or accepted the resignations of an eye-watering number of senior officials, aides and advisers. He has already lost two national-security advisers and five communications directors. With the recent departures of H.R. McMaster and Rex Tillerson, two of the “adults in the room” are gone. Some of these individuals were incompetent, deceitful or politically naive, but others had to go because of what they said to the President.

General McMaster, the national-security adviser and a three-star general possessed of great military and historical knowledge, was considered by Mr. Trump to be condescending. Economic adviser Gary Cohn resigned after failing to dissuade the President from imposing tariffs on steel and aluminium imports. Even before allegedly calling Mr. Trump a moron, Secretary of State Tillerson had squandered much of his influence by disagreeing with the President on policy toward North Korea and Iran.

They lost their jobs because they could not find the right way to speak truth to power.

That familiar phrase suggests a brave adviser sticking their neck out to convey the blunt truth. This might work with reasonable leaders, but when the power being addressed is as erratic, ignorant and vindictive as Mr. Trump, such ingenuousness is unlikely to end well. Throughout history, those advisers who have served unreasonable masters for more than a few months have had to learn to speak a different kind of truth if they wished to keep their jobs and their heads.

This does not mean advisers should say only what the boss wants to hear. Bernard Ingham, who lasted the full 11 years as Margaret Thatcher’s press secretary, could be as outspoken and combative as the Iron Lady herself. She was invigorated by a “no-holds-barred clash of intellects,” he recalled. Mr. Ingham, who forced Ms. Thatcher to devote half an hour each day to hearing what the media were saying about her, did not hold back with the truth.

Joanna Hoffman, the Apple marketing director and long-time confidante of her caustic boss, was twice awarded the annual prize for the Macintosh team member who best stood up to Steve Jobs. Ms. Hoffman was never afraid to contradict his overly optimistic marketing projections and product development schedules.

So a good adviser does not withhold relevant truth, but instead presents it in a context and format that will land effectively with the boss. Experienced communicators can transform the meaning or emotional impact of a truth by prefacing it with well-chosen context. They can present their awkward truth in narrative or allegorical form, allowing the leader to draw the obvious conclusions. They can associate their truth with one of the leader’s favoured policies or previous declarations to make it more amenable. Above all, they eliminate any hint of personal reproach. As Tom Hagen, consigliere to Don Vito Corleone, reminds the godfather’s hot-headed son Sonny, “This is business, not personal.”

Of course, not every truth needs to be spoken. Smart advisers pick their battles. When George W. Bush insisted that Sweden did not have an army, none of the aides and officials present felt the need to correct him. Omitting non-essential truths is the simplest tactic of all.

Some of the most successful advisers have claimed a higher authority for the truths they speak. The original éminence grise was François Leclerc du Tremblay, a Capuchin friar also known as Père Joseph. As confessor to Cardinal Richelieu, his religious authority was absolute. Whispering in the ear of that all-powerful statesman, he effectively steered the French state from the shadows, wrapped in an unassuming grey cloak. The spiritual adviser to Timur did even better: The homicidal warlord honoured Sayyid Baraka by having him buried in his own mausoleum.

Not all truths are factual. The best advisers look to shape not only their bosses’ understanding but their values as well. Soon after the emperor Nero took power, his tutor and adviser Seneca wrote an essay on clemency in which he sought to make that suspect virtue attractive to his unstable, terrifying boss. Seneca rebranded clemency as “the most humane of virtues” and asserted that “great power is glorious and admirable only when it is beneficent.” “There is no more noble spectacle than that of a sovereign who has received an injury without avenging it,” he claimed. Clemency, Seneca argued, was also desirable for its rarity, as so few people were sufficiently elevated to offer it. These are all subjective judgments, but they are perfectly honest ways of shaping a moral truth. Seneca’s efforts paid off: For five years Nero’s vicious instincts were largely kept in check.

But the real masters of the consigliere class do more than shape truth – they create new truths. Karl Rove, senior adviser to George W. Bush, famously declared, “When we act, we create our own reality.” Mr. Rove was an amateur next to Vladislav Surkov, architect of the “managed democracy” that has kept Vladimir Putin in effective control of Russia for 18 years. Known as the grey cardinal of the Kremlin, Mr. Surkov drew on his training as a theatre director to stage a grand political masquerade involving adoring TV stations, nationalistic youth groups, subliminal manipulation and a dizzying procession of alternative facts. He created an internally coherent web of new truths for Russia – truths Mr. Putin was more than happy to hear.

Mr. Trump is increasingly said to trust his own instincts over the advice of his team. For all our sakes, his new and surviving advisers need to find a more effective way of speaking truth to this perilously unreasonable power. 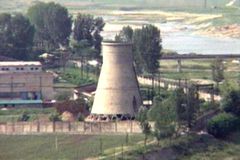 Opinion
Donald Trump finally shows up for the new Cold War – but for how long?
March 26, 2018 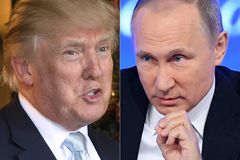 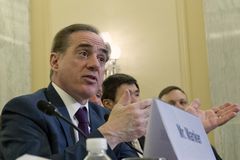