I like my local Starbucks. The multiracial, polygendered staff are efficient, kind and good. They are especially kind to the elderly man in the shabby wool coat who comes in from time to time and stays for hours. He never bothers anyone. The paying guests chip in to buy him coffee.

This informal social order has worked well. But now, my good-hearted baristas – along with tens of thousands of other Starbucks employees – are being sent off to re-education camp to learn the error of their ways. They will be asked to ponder the racist biases that lurk in the unconscious. That’s not all. Now Starbucks has pledged to open up its premises – including washrooms – to all nonpaying guests. Pity the poor baristas! Their job will be not just to remember your coffee order, but to to convey a message of inclusiveness to all without turning the place into something that reminds the paying guests of a homeless shelter.

Starbucks’s exquisitely progressive vision is to turn its stores and cafes into something far more elevated than a grubby place of commerce. It wants to create what it calls a “third place” between work and home – somewhere that’s “welcoming and safe for everyone.” But not everyone is buying it. “I don’t like their activism,” one long-time Starbucks customer told The Wall Street Journal. “ I expect many don’t want to be panhandled at morning coffee.”

Starbucks’s troubles began in April, when a store manager in Philadelphia called the cops after two black men sat at a table in the store, then asked to use the washroom without ordering. (It turned out they were waiting for a friend.) The police came and escorted the two away. Then all hell broke loose. Starbucks was accused of racism. Demonstrators showed up and yelled at the kids behind the counter. The CEO snapped into crisis-management mode. Something had to be done. Something sincere. Something serious. Something that would allow them to regain the high moral ground that’s so crucial to their brand.

Allow me to make a few observations at this point. The first is that it’s perfectly normal for businesses to restrict washroom access to paying customers. It’s happened to me. The Philadelphia store had a sign to this effect, and the guidelines said that employees were supposed to ask nonpaying guests to leave. The second observation is that any alleged sin of racism, at this point in American life, is the deadliest of all the sins. From a public-relations standpoint, it is the kiss of death.

Personally, I have no idea what was in the store manager’s head when she called the cops on the two men. But it doesn’t matter. Barring black people from a washroom smacks of Jim Crow, and the headlines were bound to be dreadful. “Starbucks incident reminds that racism thrives,” read one.

Normally, a company would deal with one store manager’s faulty judgment on an individual basis and move on. (The store manager in question has left the company.) But Starbucks was in trouble. Its mission statement was in peril. So it decided to throw its entire work force under the bus.

The baristas’ anti-racism re-education sessions are scheduled for this Tuesday. (Canada’s will be on June 11.) All 8,000 U.S. stores will close for the afternoon. The sessions will tackle “unconscious bias” and will likely get the participants to focus on their own privilege. (I’d never thought of baristas as particularly privileged, but there you are. ) As The Washington Post reports, the training sessions will be just the start of “weeks, months, and years of discussion among its workforce about gender identity, class, language, citizenship, political views and other personal identifiers.”

Practically speaking, I am sorry to say, next week’s exercise is a gigantic waste of effort. There’s now a mountain of research showing that “unconscious bias” training around diversity is basically junk science, and so is the popular test that is commonly used to detect it. The research shows that a whole range of training methods that are designed to reduce prejudice and improve diversity are effectively useless. They can even backfire. “It doesn’t work,” said Alexandra Kalev, the author of one such study. “For decades, diversity management programs flourished with no evidence whatsoever about their effects and their success.”

But all that is beside the point. Diversity and anti-racism training is a highly profitable racket for those who are engaged in it. For Starbucks, it is a relatively cheap way to show penance and gain absolution.

Too bad it’s the workers who have to pay the price. They don’t deserve this. 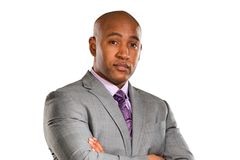