Vera Mironova is a research fellow at Harvard University and author of the book From Freedom Fighters to Jihadists: Human Resources of Non State Armed Groups

Through my research on jihadists, I spoke with a 22-year-old former ISIS-member, who lives with her husband in Idlib, Syria. When she was just 10, her family left the former Soviet Union, first to Egypt, where her father was studying Islam, and then to ISIS-controlled territory, so she never attended school or had a normal childhood.

In 2015, when ISIS started falling, the woman managed to escape, but her family did not. They are all imprisoned – her father in Hasakah, Syria, and her stepmother, aunt and sisters in the Al Hol camp.

Although the woman married her 35-year-old husband in Idlib, he is also from the former Soviet Union. He had some schooling but instead of finishing, he followed his father by joining an Islamist insurgency against the Russian government when he was just 16, as did several of his brothers. They were trained by Arab foreign fighters and their fellow countrymen with fighting experience in Afghanistan. He later moved to Syria, where he is now a military trainer himself, working with both Syrians and foreigners.

While the husband has some long-expired government-issued documents, his wife never has, so they have a stack of fake passports they use to cross borders. Their child, who was born in Syria four years ago, also has no papers – no birth certificate and no citizenship papers. He has no relatives living a civilian life and no chance of ever going to school. Instead, when he is old enough, between age 10 and 12, he will most likely join his father in whatever armed group he may be fighting with at the time.

All of this makes this child a third-generation foreigner on the jihad frontline. He has no country to be repatriated to and no civilian family he can be reunited with. These scenarios are not uncommon in countries with a long history of both civil uprisings and, as a result, foreign fighters. It is the sad reality of an unaddressed issue in places such as Afghanistan, Russian Caucasus, Uzbekistan, and Tajikistan. Luckily, this kind of life still sounds like a crazy movie plot to the majority of the Western world. But for how long, it’s hard to tell.

Western foreign fighters and their family members currently in Syrian camps have a very different heritage. They were born to civilian families that are still waiting for them, they have at least some formal education, and they actually are citizens of a country. So not only could any children born to them in Syria successfully reintegrate when repatriated, they themselves could also go home. In essence, a Western fighter who realized their mistake in going to Syria would have a good chance of returning to normal life. Canada recently repatriated a five-year-old orphan girl from the al-Hol camp, and other Western countries could also safely repatriate not just young children, but older ones and even their parents.

However, if repatriation is not addressed soon, it won’t be long before a second and third generation of Western Jihadists appear on the scene. And those generations fighting for ISIS, though dangerous, is not the worst that would happen. Their non-native status would make them extremely vulnerable to exploitation and would lead them to work for whoever offers them protection. As a result, they would be harder to track and their behaviour would be more difficult to predict and prevent. And since fighting would be the only profession they had ever known, they would be easy recruitment targets for any non-state or a state actor, much like their non-Western counterparts.

The vulnerability of these descendants of Western Jihadists would also cause them to be very loyal and effective operatives; loyal because group membership would be their only chance to survive, and effective because of their heritage of fighting experience and them having nothing or no one else to live for. Being of Western lineage would give them a tactical advantage for covert operations, an advantage that many would gladly pay for. These fighters would only need fake documents, something easily bought on the black market or provided by a state sponsor. After finishing work for one job provider, they would just switch to another group, something non-Western fighters are already doing.

Right now, the situation in Syria is unstable for foreigners, so many of them are relocating, including the ex-ISIS member I spoke with. Her family is considering several places such as Libya, Afghanistan, Yemen and other places where her husband’s occupation would be more covert. And they would not go alone, but as a fighting unit of brothers-in-arms and members of an already large mercenary diaspora. Right now, the majority of these fighters still hail from the former Soviet Union and developing countries, but if nothing changes, they will soon be joined by Westerners and their descendants. 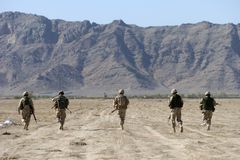 Opinion
Expect instability in Iran for years to come
January 10, 2020 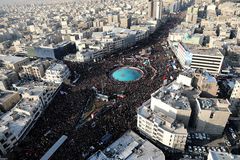 Opinion
In Afghanistan, the fight against Islamic State is far from over
November 15, 2019 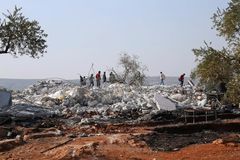