Over the past month, several stories have been written about former prime minister Stephen Harper. Virtually all of them characterize him as returning from exile, like Emperor Napoleon from Elba or a spy coming in from the cold. But to paraphrase the great philosopher LL Cool J: Don’t call it a comeback, he’s been here for years.

While Mr. Harper resigned as leader of the Conservative Party in 2015, he’s remained a leader among conservatives. Much of his policies and governing philosophy live on through political heirs such as Andrew Scheer in Ottawa, Scott Moe in Saskatchewan, Brian Pallister in Manitoba, Jason Kenney in Alberta and, yes, Doug Ford in Ontario.

As The Globe and Mail recently reported, premier-designate Ford is being advised by a number of senior officials from the Harper government, including former foreign affairs minister John Baird, and has several former Harper government MPs in his newly elected caucus. Mr. Harper was notably among the first to congratulate Mr. Ford on his election.

This is no coincidence. I’ve known Stephen Harper since our university days back in Calgary, and I’ve never known him to commit to anything without considering all the angles. Even his critics wouldn’t accuse him of being inattentive to detail. To be clear, this ain’t no hockey book – it’s a political book with an overt political agenda.

According to his publisher, in the book “Harper lays out the case for pragmatic leadership as a proven solution to the uncertainty and risk that business and governments face today.” He will also provide “a pragmatic, forward-looking vision for leaders in business and politics by analyzing … economic, social, and public policy trends.”

The emphasis on pragmatism is typical Stephen Harper, a man who advocates practical and incremental solutions to policy challenges. And, yet, I’m convinced his agenda is more about core principles. He’s obviously troubled that the global economic order designed and developed by conservatives is now being attacked by them.

This, then, is Stephen Harper’s not-so-hidden agenda – to rescue conservatism by remaking it in his own image. Pointing to the strengths and successes of his government, he’s offering a competing vision to the protectionism passing for modern-day populism. To that end, his audience and ambitions aren’t just limited to Canada.

Taking his message directly to American outlets such as Fox Business News and the Stanford Graduate School of Business, Mr. Harper has carefully avoided charging into a frontal assault against U.S. President Donald Trump in favour of “diplomatically disagreeing” with him on issues such as trade and engagement with Russia by pointing to poignant examples.

While Mr. Harper’s criticisms are damning, the language used to convey them is calculated to avoid the type of explosive expletives recently launched at Prime Minister Justin Trudeau. Combatting fake news with facts, Mr. Harper has built a persuasive conservative case for trade and collective security that is neither populist nor progressive.

Importantly, Mr. Harper has also sought to establish a stark contrast on the issue of immigration. At Stanford, he made a point of emphasizing the public support for his government’s large-scale immigration policies and that his was one of the few centre-right parties in the world to earn a majority of the immigrant vote – as it did in 2011.

In my opinion, this is the most insightful and inspirational part of Mr. Harper’s strategy. Modern conservative parties around the world have made the false choice of pursuing the isolationist vote and alienating the immigrant vote. Far worse, though, are those who chose to define those voting blocs as white Christians versus everyone else.

It cannot be lost on Mr. Harper and Canadian conservatives that the campaign that cost them government was the one which sought to expose and exploit those divisions. The “barbaric cultural practices hotline” and the hard-hearted (if hard-headed) approach to Syrian refugees overshadowed Mr. Harper’s past outreach – albeit selective – to minorities.

Mr. Harper’s quixotic campaign is admirable. Anyone who is troubled by the rise of the virulent strain of nationalism espoused by President Trump should be encouraged by Stephen Harper’s appeal to the better Tory angels of our nature. He himself has proven, in victory and defeat, that the right does best with an open-door approach. 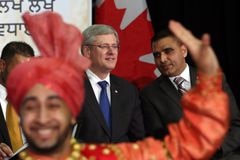 Opinion
Stephen Harper comes in from the cold
May 18, 2018 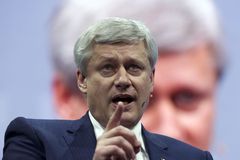 Stephen Harper says he could still ‘easily’ be Conservative leader
May 14, 2018