In an era often viewed through photo filters, the genuinely funny podcast The Hilarious World of Depression looks unflinchingly at humanity’s flaws. In it, author and playwright John Moe interviews comedians, musicians and other artists about their experiences with mental illness. Guests such as singer Neko Case and Scott Thompson of The Kids in the Hall discuss the messy bits of life with candour, and the touching results sometimes offer sparks of brilliance.

Consider one observation from journalist Ana Marie Cox, who has bipolar disorder and was advised to include daily affirmations in her treatment plan. “I cannot stand in front of a mirror and tell myself awesome things about myself,” she told her therapist, adding that she didn’t believe they would work. Her therapist then asked what effect her critical inner voice had on her mood.

“Touché, trained therapist,” Ms. Cox said on the podcast. Given this airtight proof, she started the affirmations.

“Self-talk” is the term psych types use for the running commentary in each of our heads. It can be benign (“pick up kid at 3”) or positive (“this smells nice”), but trouble arises when it becomes automatically mean and judgmental. It’s not a problem to think “oops, dummy” after dropping an egg. It is a problem if every morning begins with a nasty internal chatterbox nagging “no breakfast today, dummy, you’ll drop the eggs, or maybe burn them” – that’s enough to make a person turn around and head back to bed. Again.

A relentlessly mean internal voice is a hallmark of many mental-health conditions and can make it difficult to function. Resisting the dark voice with a lighter one – being as internally kind to yourself as you are to good friends – is a proven remedy, but in this cynical world, a sunshiney attitude can seem air-headed, if not pathetic.

Here’s a test of automatic responses: Say “positive affirmations” to any North American child of the 1990s. “I’m good enough, I’m smart enough, and doggone it, people like me,” they’ll likely reply, the catchphrase of the Saturday Night Live character Stuart Smalley, whose meaningless platitudes made the idea of saying nice things to yourself seem ludicrous.

You know who could kick Stuart Smalley’s butt, though? Muhammad Ali. That guy was the greatest at positive self-talk. While the general public might label such affirmations as weak, they’ve long been employed by some of the toughest among us – professional athletes.

According to former Olympic diving coach Jeff Huber, repetition of positive, confident statements embeds them in our automatic memories, saving athletes the mental energy of digging into their working memories at game time.

Mr. Huber was one of the coaches and psychologists promoting positive self-talk as a winning strategy in a 2016 episode of the NFL web series Mic’d Up. After the required Stuart Smalley send-up, the video intersperses interviews with clips of players muttering encouraging statements to themselves during real games.

“Set this crowd off tonight, E,” says the Denver Broncos’ Emmanuel Sanders, rotating his arms. “Set it off, baby.” He explains that he purposely speaks out loud, a tactic that psychologists have said helps build “selective attention," the ability to focus on the task at hand.

Born in Calgary, Mr. Sun recently appeared on The Hilarious World of Depression to talk about his career arc, from engineering to architecture to comedy writing, and finally naming and dealing with his own depression as an adult.

The book is whimsical and positive, but doesn’t portray life as always peachy: “I don’t know how to tell you this, but you’re not perfect,” reads a bit of one pep talk. Some of the messages rhyme and many are silly, which in a way takes the edge off any silly feelings that come from standing at the mirror saying them out loud.

What’s not embarrassing, though, are the authors' credentials. Mr. Miranda has a Pulitzer Prize, 11 Tony Awards and a MacArthur genius grant to his name; Mr. Sun is writing a movie while earning his PhD from MIT. So what really seems silly is not following their advice this year: Be nice to yourself. It feels good.

Opinion
Can we save social media from Facebook?
December 28, 2018 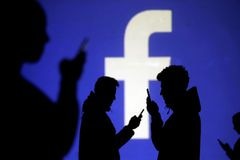 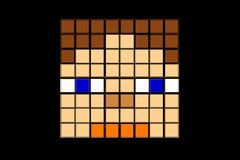