Richard Schabas is a retired physician. He was Ontario’s chief medical officer of health for 10 years, and was chief of staff at York Central Hospital during the SARS crisis in 2003.

In the three months or so since it started, the new coronavirus and its related COVID-19 disease – which emerged in the Chinese province of Hubei late in 2019 and now numbers more than 110,000 cases around the world – have caused more than 4,000 deaths, mostly in China. As the case numbers grow around the world, including in Canada, where there are now more than 70 cases, people have become concerned that a pandemic is inevitable.

Is COVID-19 a global crisis? Certainly for people who can’t add.

I learned some powerful lessons from SARS in 2003. Maybe the most important one was how important it was to focus on what has happened rather than on what might happen. In other words: “Just the facts, ma’am."

I pay close attention to the daily situation reports issued by the World Health Organization, particularly the new cases and the new deaths. I pay no attention to the various pundits and talking heads, because they are always wrong.

The information in the WHO reports is not perfect for many reasons, some technical and some political. Deaths are a more reliable measure, but deaths lag weeks behind the real outbreak. However, WHO is the best information we have, and it’s getting more complete and more reliable. And, as was the case with SARS, it paints a compelling picture.

The WHO started issuing daily situation reports on Jan. 21, six weeks ago. Initially, the numbers matched the perceptions: The new cases and new deaths, almost all from Hubei province, increased rapidly. Then, in the first week in February, the rate of new cases peaked at 4,083. Deaths peaked on Feb. 13, at 254. Then the number of daily cases dropped down quickly toward the end of February.

That’s because the Hubei outbreak peaked in late January. Indeed, it’s almost over.

Around the beginning of March, the number of new cases rose again because of outbreaks in South Korea, Italy and Iran. These outbreaks are smaller than the one that happened in Hubei. For the past week, the daily statistics have averaged fewer than 3,000 new cases and about 100 deaths worldwide.

Over the past month, the geography of COVID-19 has changed, but the global numbers have, if anything, become smaller. By the numbers, this is The Incredible Shrinking Pandemic. If we accept that testing capacity and vigilance have increased substantially in the past month, this observation is even more powerful.

A couple of important caveats: First, far more cases are out there than are being reported. This is because many cases have no symptoms and testing capacity has been limited. There have been about 100,000 cases reported to date, but, if we extrapolate from the number of reported deaths and a presumed case-fatality rate of 0.5 per cent, the real number is probably closer to two million – the vast majority mild or asymptomatic.

Likewise, the actual rate of new cases is probably at least 10,000 a day. If these numbers sound large, though, remember that the world is a very big place. From a global perspective, these numbers are very small.

Second, the Hubei outbreak – by far the largest, and a kind of worst-case scenario – appears to be winding down. How bad was it? Well, the number of deaths was comparable to an average influenza season. That’s not nothing, but it’s not catastrophic, either, and it isn’t likely to overwhelm a competent health-care system. Not even close.

The only plausible explanation is that COVID-19 is just not very transmissible among humans. Thank goodness. When it comes to pandemic potential, transmissibility isn’t the most important thing – it’s the only thing.

When COVID-19 finds a sweet spot – a cruise ship, a South Korean church, an Italian hospital – it can spread efficiently. And the bug has a nasty bite. But these are the exceptions and not the rule. The vast majority of infected people spread the disease to precisely no one.

Could the situation change? Could COVID-19 become a true pandemic with millions of cases and tens of thousands of deaths every day? Of course. The current situation in Italy particularly is concerning. But as the days pass and the global patterns stay the same, this becomes less and less likely.

I am not preaching complacency. This disease is not going away any time soon; we should expect more cases and more local outbreaks. And COVID-19 still has the potential to become a major global health problem, with an overall burden comparable to that of influenza. We need to be vigilant in our surveillance.

Symptomatic travellers from areas with active disease should be tested, as should all patients hospitalized with atypical pneumonia. People infected with COVID-19 need to be isolated, and their close contacts should be monitored.

But we also need to be sensible. Quarantine belongs back in the Middle Ages. Save your masks for robbing banks. Stay calm and carry on. Let’s not make our attempted cures worse than the disease. 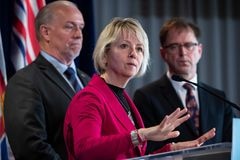 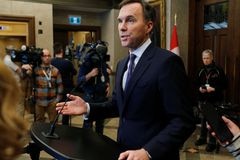 Opinion
The coronavirus doesn’t give us license to ignore the crisis in Syria
March 11, 2020 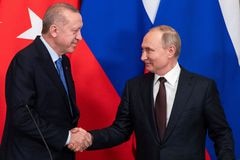