Mark Kersten is a senior consultant at the Wayamo Foundation and the author of the book and blog Justice in Conflict.

Take a moment. Read that again. Let it sink in.

The ICC shook the diplomatic world in 2009 when it issued a warrant for Mr. al-Bashir over the atrocities in Darfur, where a horrendous conflict had already cost the lives of thousands in what is widely acknowledged as a genocide. It marked the first time the court had indicted a sitting head of state.

Many worried the announcement would complicate conflict-resolution efforts there, but for more than a decade, there was no movement to hold Mr. al-Bashir accountable. Sudanese authorities now say they are prepared to let the ICC prosecute the deposed president.

The details of exactly how he may be “surrendered” to the ICC remain unclear. According to journalists in close contact with the Sudanese government, authorities want to hand over Mr. al-Bashir to ICC officials for possible prosecution in Sudan, not the court’s home of The Hague.

While theoretically possible, the court has previously rejected opportunities to sit and prosecute individuals in the countries in which the atrocities were committed. Having the trial in Sudan would make the ICC dependent on Sudanese authorities for security, witness protection and logistics. That could undermine attempts to bring to justice other alleged or implicated perpetrators – including key members of Sudan’s current transitional leadership.

The possibility is nevertheless worth careful consideration. It would ensure greater access for victims to any trial of Mr. al-Bashir, and a partnership between the ICC and Sudanese judiciary could potentially contribute to rebuilding the rule of law in Sudan.

At the same time, Mr. al-Bashir’s prosecution by the ICC is far from a done deal. It was apparently a concession to victims of violence in Darfur during peace talks to end the conflict there. Justice for Mr. al-Bashir appears to be a bargaining chip in negotiations.

Still, some optimism is warranted. Since Mr. al-Bashir’s ousting last year, Sudan’s political scene has transformed. While key members of its transitional leadership are themselves allegedly implicated in atrocities, the new regime is eagerly seeking reconciliation with the international community as well as relief from sanctions.

It is no coincidence that officials declared that Mr. al-Bashir would be surrendered to the ICC within just hours of the United Nations Secretary-General calling for Sudan to be removed from the list of state sponsors of terrorism. More concessions like this may be needed to push Sudanese authorities to commit to putting Mr. al-Bashir before ICC judges.

That said, the latest developments also illustrate the extent to which the ICC depends on domestic political dynamics for opportunities to prosecute alleged war criminals. It also shows how limited an impact the court has on the situations in which it intervenes.

After all, in the decade since the warrant was released, many states dithered in their support of the ICC. Members of the court that were legally obliged to surrender Mr. al-Bashir should he enter their territories hosted him at diplomatic conferences on their soil. Even pro-ICC European countries were happy to work with Mr. al-Bashir in their effort to stem migration to their countries from Africa.

If it is indeed Sudan’s plan to “hand over” Mr. al-Bashir, the ICC needs to be ready: His trial would be the highest profile in its history. It would be the first time the ICC hears allegations of genocide, a notoriously difficult crime to prove given the need to show genocidal intent.

Complicating matters, numerous high-profile cases, including that of Kenyan President Uhuru Kenyatta, collapsed, while other prosecutions, such as that of former president of Ivory Coast Laurent Gbagbo, led to acquittals.

Many believe shoddy investigations were largely to blame. And in 15 years of investigations, ICC officials have never set foot in Darfur, limiting their ability to effectively investigate atrocities committed there. Additional state pressure may be needed to encourage Sudan’s new rulers to give investigators the type of evidence that is necessary for a successful prosecution.

ICC justice, however, is no panacea for justice. The court can contribute positively to bringing some perpetrators to account in some places, some of the time. But the scope and scale of atrocities committed under Mr. al-Bashir is enormous. The thirst for justice won’t be satiated with a handful of high-profile prosecutions; tools such as truth commissions could help fill the gaps.

Still, after a decade of frustrated efforts to bring Mr. al-Bashir to account, it is nothing short of remarkable that this watershed trial – in The Hague, Sudan, or anywhere – may be imminent.

Sudan agrees to have ex-president Omar al-Bashir tried for genocide and war crimes at The Hague
February 11, 2020 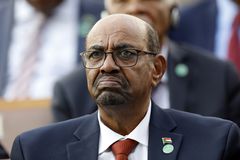 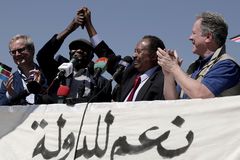 At least 24 dead after attack on camp for internally displaced people in Sudan’s West Darfur
January 1, 2020 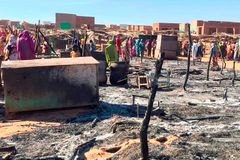