Bessma Momani is Professor at the University of Waterloo and a Senior Fellow at the Centre for International Governance Innovation and the Arab Gulf States Institute in Washington, D.C.

After United States Vice-President Mike Pence was sent to Ankara to meet with Turkish President Recep Tayyib Erdogan last week, Turkey announced a five-day truce in its incursion into northeast Syria and its fight against Kurdish-backed forces. In his usual bombastic way, U.S. President Donald Trump took credit for orchestrating this temporary truce, but the five-day window was just enough time for Mr. Erdogan to go and make a deal with the real kingmaker on Syria: Russian President Vladimir Putin.

At the Black Sea resort of Sochi, where Mr. Putin was vacationing, the Turkish President came to discuss the future of Syria with a key backer of Syrian President Bashar al-Assad. Despite that fact that Mr. Assad and Mr. Erdogan have been in indirect conflict since the Syrian revolution broke out more than eight years ago, Mr. Putin has remarkably kept a strong working relationship with both countries’ leaders.

After the failed 2016 coup attempt in Turkey, Russia’s relationship with Mr. Erdogan was strengthened as Mr. Putin was one of the few world leaders who showed his immediate support for the holed-up Turkish President in his darkest of hours. Mr. Erdogan also appreciates Russia’s continued no-nonsense approach to regional politics as well as its reliability. Mr. Putin has consistently delivered on Russian promises. This is in contrast to the malleability of Mr. Trump’s opinions and tweets, and the inconsistent American messaging coming from the U.S. administration, the Pentagon, and Congress on everything from trade, weapon sales, and U.S. policy on Syria.

Most importantly perhaps, Mr. Erdogan and Mr. Putin see eye-to-eye on the desire to keep Syria’s territorial integrity intact. While he may be unsure about the United States’ long-term objectives, Mr. Erdogan can trust that the Russian President wants to preserve the current international borders of Syria and prevent the establishment of a Kurdish statelet on the Turkey-Syria border. Stopping a Kurdish state from forming in Syria prevents the emboldening of Turkey’s own Kurdish separatism. Moreover, many of Syria’s Kurdish leaders ally with militias that can be traced back to Turkey’s chief nemesis, the Kurdistan Workers’ Party, or PKK as it is known. Preventing the PKK terrorist group from controlling northeastern Syria was the key goal and outcome of Mr. Erdogan’s visit to the czar in Sochi.

Turkey and Russia agreed to divide up control over northeastern Syria with predominantly Kurdish-inhabited border towns of Manbij and Kobani under Russian control and predominantly Arab-inhabited towns between Tel Abyad and Ras al-Ayn under Turkish control to what the Turks call a safe zone for Syrian refugees to return. Syria’s Kurdish fighters will have no choice but to accept the Putin-Erdogan deal and seek protection from the Assad regime. They have been left out to dry by their former ally, the United States, and must now wait for another day to realize their dream for self-determination in an area the Kurds call Rojava.

Mr. Assad will whine about the Sochi deal, but his Russian backers have likely consulted with Mr. Assad’s only other ally, Iran. The “Butcher of Damascus” will begrudgingly accept the deal, despite having to contend with Turkish presence for now, knowing he is one step closer to regaining Syrian territory from the Kurds.

Is this a grand bargain that signals the end of the Syrian conflict? Sadly, no. The battle between Turkish-backed forces and the Assad regime in Afrin, Idlib, and now Tel Abyad and Ras al-Ayn will eventually rear its ugly head, at the cost of potentially millions of more lives. Mr. Assad and the troops provided to him by Iran and Lebanon’s Hezbollah are war-tired and cash-strapped. They will need to regroup and fight to regain the remainder of Turkish-occupied territory on another day.

Mr. Erdogan wins by preventing a Kurdish statelet. Mr. Putin wins by increasing Russia’s influence in Syria, establishing new military bases and expanding ports, and bolstering his perceived image as a global power in a time of declining real Russian capabilities. Syrian civilians, Kurds and Arabs alike, have lost. The Syrian tragedy of displacement, death and destruction is in its final act, but sadly not yet over. 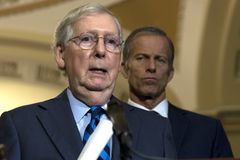 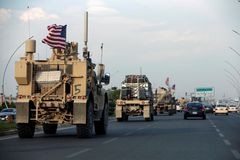 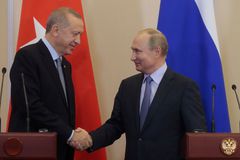