After years of silence, the recent trickle of information from the Syrian government about people who disappeared during the war into government prisons has felt like a deluge. The tragic news brought with it more questions than answers for families who have waited for years to find out the fate of their loved ones.

Many families from the Damascus suburb of Daraya, the heart of the peaceful protests in 2011 that led to this war, have learned that their sons – known as “the disappeared" – were killed in detention. I know firsthand how desperate these families have been for information.

Starting in 2012, I, with other colleagues at Human Rights Watch, documented cases of young Syrians believed to have been detained by the government. We tried to bring attention to their cases to advocate for their release.

We called their mothers, wives, children, other relatives and friends to try to understand the patterns of disappearance into the government’s detention system. Most were men in their twenties, though there were some young women. Many were involved in organizing protests, reporting violations, defending rights and delivering humanitarian aid.

During our calls to families across Syria or even continents away, we tried to piece together who these men and women were and the circumstances that led to the disappearances. We became connected with their families and learned the intimate details of their households.

We saw photos of the disappeared who had been names and case numbers to us, and looked closely at their smiling faces as they stood in the sun or in front of a birthday cake. I knew their children’s ages, their parents’ medical conditions, and their fiancées and friends’ hopes and dreams. They had families, normal lives with birthday parties and summers in the countryside. We sat through minutes of heavy silence and swallowed sobs that prevented us and their relatives from speaking.

It was these young men and women’s belief that peaceful protest could make a difference that led them to risk their safety, their lives, so the world would know what was happening in Syria. I also learned what connected their families to one another – their desperation and their willingness to do whatever they could to learn something, anything, about what happened to their loved ones and to bring them home.

Over recent weeks, as news emerged that some of these detainees had died in detention as far back as 2013, it was a devastating reminder of these families’ struggle. What does it mean to entertain the hope, for years, that one day the door will open and your son or husband walk back into your life, only to learn from a condescending civil registry form that that the dream and that person are long dead?

The Violations Documentation Center, a local monitoring group, has compiled a list of over 60,000 people detained by the government since the spring of 2011. Many families have had no news of them since. The Syrian Network for Human Rights, another local group, has documented 532 cases of disappeared people that have recently been listed as deceased in state records.

A slip of paper with a date of death is no answer. The Syrian government, which is no doubt updating its civil registries to sweep the thousands of cases of disappearances under the rug, has much more to answer for.

Families have a right to know how their loved ones died and to have the remains returned to them. They have a right to pursue justice. They deserve to know the truth and to see the culpable punished.

The worse thing that can happen is to treat these human lives like files that a government can just seal with a stamp that reads “dead.”

As the tide of the war turns, prospects for the truth and for justice for these families remain bleak. Russia and China have persistently blocked UN Security Council efforts to refer Syria to the International Criminal Court. But other countries have started prosecuting these cases under universal jurisdiction. The UN General Assembly also has created a unit to investigate human rights abuses arising from the conflict.

These files will remain open until every mother and father knows what happened to their child and until those responsible are punished. The rest of the world should support them in seeking truth and justice. 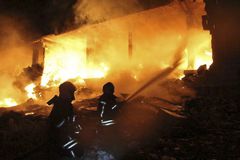 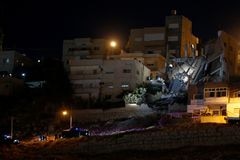