Recently, I found myself on the top deck of a sightseeing bus speeding down the freeway in Chicago, crouched in my seat to avoid decapitation as we hurtled under bridges that looked like they hadn’t been repaired since the last time the Bears won the Super Bowl.

It was not on the agenda for my head to go bouncing into Lake Michigan while the tour guide kept up a peppy flow of information about hot dogs, but there you have it. Vacations seldom go as planned. The tour bus had been scheduled to proceed around downtown Chicago at a stately pace, but a bomb threat – “It’s two bombs, baby!” a traffic warden yelled up at us on the top deck, helpfully – diverted our tour onto the freeway. At alarming speed. With no Sandra Bullock in sight. I thought about screaming a line from Withnail and I: “We’ve gone on holiday by mistake!”

It was tempting at that point to consider all holidays a mistake. To imagine that there was no more horrifying phrase in the English language than “hop on, hop off bus” unless it was “complimentary drawstring knapsack.” To wonder if our tour guide, who maintained a robotic spiel through the whole thing, might perhaps have been an extra from Westworld. To whisper to myself, I’m never leaving home again.

There are any number of reasons to avoid holidays, and accidental decapitation is the least of them. There is the simple fact that many people can’t afford them, or have patched together such a fragile quilt of jobs that leaving for even a few days threatens to rip the whole thing apart. Even for the more fortunate, there’s the issue of expense, the slog of planning excursions that might persuade teenagers to leave their hotel beds in the morning, the prospect of fisticuffs over the last centimetre of overhead cabin space.

But I wonder if the greatest threat to the vacation isn’t a more existential fear – the fear that the world, and specifically our jobs, will carry on without us when we’re gone. It’s not news that many people continue to work during their holidays, unable or unwilling to cut the cord to the office. The need to stay connected is often not imposed from outside – your boss tells you to go, have a good time, your co-worker says she’ll cover for you – but from inside. What are we without our work? Our status is measured in busyness, real or contrived. And if the office can carry on without us, what does that say about our worth?

I wonder if the real reason we can’t disconnect involves the silence that disconnection brings; when the work noise subsides, something else has to fill the vacuum. It might be introspection, or boredom, or the nagging questions from the void, which we’re so good at ignoring the rest of the year. Who are we outside the office? Are we doing the work we want to be doing? These are questions for 4 a.m., and for the end of the dock. They are often profoundly uncomfortable, which is why we don’t want to be alone with them.

A survey from ADP Canada earlier this year revealed that “only one in three workers take all of their allotted vacation time annually and more than a quarter, or 28 per cent, reported taking less than half of their allotted time.” Almost three-quarters of the people surveyed said they would work extra hours before and after a vacation, the so-called “time-off tax.” Nearly one-third of respondents admitted to working during their holidays, even though doing so made them stressed.

Having unlimited vacation – a benefit now being offered at some workplaces – may seem like a glorious perk, but it also can cause grief. As Aron Ain, the CEO of work-force-management company Kronos wrote in the Harvard Business Review last year, many of his employees were suspicious when an unlimited time-off policy was brought in, and had to be convinced of its benefits. Once they were sold on it, his employees ended up taking 2.6 days more a year on average, and the company had its most profitable year ever: “Happy, engaged employees can make a company more profitable,” he wrote, “and our policy makes employees happier and more engaged.”

Europeans, as we know, are much better at this whole relaxation business: They pick up baguettes and head for the seaside for weeks on end, as anyone who’s wandered the streets of Paris in August will recall. Americans, equally famously, have trouble letting go. According to the newly released State of the American Vacation report, slightly more than half of Americans don’t use all their vacation days, and one-quarter took no vacation at all last year. (The report is produced by Project Time Off, which is sponsored by the U.S. tourism industry, but nonetheless has noble goals.) Millennials take fewer days off over all because they’ve earned fewer, but take a greater proportion of their time owing, which again reinforces my belief that this generation may yet be the planet’s salvation.

The reasons for leaving vacation time on the table – which is really the equivalent of cutting your employer a cheque – all sound very familiar: people are worried about being dispensable, not being seen as ambitious or committed. They worry about someone sliding in and doing the job for them. Hence the inability to disconnect, and the rise of an abomination called the “workcation,” a job-holiday hybrid in which you continue to produce reports or call into meetings, but you get to wear flip-flops while doing it. Frankly, decapitation sounds preferable.

In the end, as you may have surmised, I was not separated from my head. I was safe, and so was my daughter. In fact, we got on the bus again the next day, only to hear the entire spiel about hot dogs and world’s fairs all over again. We got to see Oprah’s penthouse (from the ground, you understand, though I’m sure she would have invited us in if she’d been around.) We had an adventure, a memory in the making. And that, in the words of the old ad, is priceless.

The best parts of a family vacation can be the ones you least expect
April 19, 2018 Five ways to prep now for your summer vacation
March 27, 2018 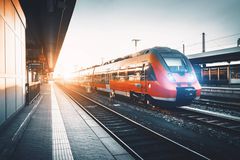 From secluded resorts to an Antarctic yacht, this is where the wealthy vacation
March 20, 2018 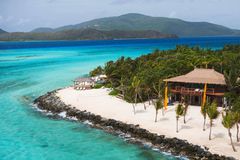