Tony Penikett, a senior associate at Simon Fraser University’s Centre for Dialogue and a former premier of Yukon Territory, was the moderator for an October 16 panel on this issue at the University of Toronto’s Massey College.

Canada, we have problem. The accelerating thaw in Arctic permafrost is critically destabilizing – terrestrially, atmospherically and geopolitically.

For people who live in the North, that may be a complicated way of saying that the ground which they assumed to be frozen permanently is now collapsing beneath their feet. Homes are sinking, pipelines are breaking, isolated airport runways are heaving and buckling, and whole Arctic villages are sliding into the sea.

At the same time, sub-tundra organic matter that has been frozen for centuries – perhaps for millennia – is thawing and rotting, belching up unprecedented amounts of carbon dioxide and methane (a greenhouse gas that is 20 times more powerful than CO2). A paper by University of Arizona Professor Ted Schuur, reported in the 2019 National Oceanic and Atmospheric Administration’s 2019 Arctic Report Card, showed that thawing permafrost is releasing 300 to 600 million tonnes of CO2 annually, an amount equal to one per cent of all other carbon dioxide emissions from human sources the world over.

This atmospheric burden could have devastating consequences, reinforcing and accelerating the pace of climate change. As the Arctic warms at more than twice the global average pace, more permafrost thaws, releasing more gases, contributing to yet more warming. Scientists call it a “positive feedback,” but it might be easier to think of it as a vicious, self-reinforcing circle.

For Arctic countries – especially Canada and Russia – the geopolitical implications are also dire. As countries have struggled in international meetings to identify and divide responsibility for a global carbon budget, Canada and other countries have sought credit for so-called “carbon sinks.” We’ve asked to be excused from lowering our emissions quite so much, for example, because our temperate rainforests absorb and sequester a great deal of CO2. But if we get credit for carbon sinks, what happens if others demand that we also take responsibility for fresh carbon sources, including thawing permafrost that may already be doubling Canada’s greenhouse gas output? The cost of mitigating those “national” emissions, even if possible, could crash the economies of Canada, which has almost one-third of all Arctic permafrost, and Russia, which has two-thirds.

Our challenge, therefore, is fourfold: education, collaboration, consultation, and action.

Education is obvious: Too few people know the extent of this global threat and even among scientists there is a debate about its severity and urgency.

Collaboration is also essential. The countries and jurisdictions of the circumpolar north all face severe geophysical impacts and huge economic liability. But they don’t always co-operate well – and even working together they will still need to engage the rest of the world on solutions. There is an opportunity, and an urgency, for Canada, Russia, the U.S., Norway, Finland, Sweden, Iceland and Denmark to recognize their common interest and take a lead, globally.

Consultation should also be obvious, though most northern communities are too familiar with managing the negative effects of policy decisions – and environmental damages – that were initiated far away and with no particular consideration for Arctic residents.

The call to action, therefore, must be answered urgently, but cautiously. There is little dispute and no environmental downside to some measures that will slow the effects of global warming and permafrost thaw. People everywhere can reduce fossil fuel use, reduce consumption and stop razing tropical and temperate forests. But the Permafrost Carbon Feedback Action Group, working with the Canadian Permafrost Association, has already identified a host of other measures, including several types of geo-engineering, that could have direct effects on Northern communities. Indigenous peoples and settlers in the North must be part of the decision-making process.

Canada is badly exposed on this issue, geo-physically and geopolitically. Our Northerners are suffering now – and the world is rightly skeptical of our record as one of the planet’s highest per capita GHG emitters, even without counting permafrost carbon feedback. But Canadians are also uniquely situated to convene these kinds of conversations – potentially connecting the circumpolar world in a way that is both educational and unconfrontational. The longer we wait before acting, the higher the cost, by every measure. 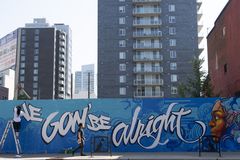