We recall what happened last time. After the 2016 election, a victorious President Donald Trump nevertheless claimed he was a victim of electoral fraud. He was bitter because his win did not include a triumph in the popular-vote column. He couldn’t let it go. He appointed a commission to investigate. It found nothing, though he wouldn’t concede the point.

It raises the grim question: What might he do this time? The prospect has those who oppose Mr. Trump alarmed. The coronavirus pandemic, in combination with his contempt for conformity, his willingness to shred presidential standards, creates the potential for electoral chaos heretofore unseen.

Among the possibilities: the most high-stakes, hateful and brutal campaign in American memory. A second wave of the virus hits and Mr. Trump postpones the election. Or it takes place but, alleging some nefarious plot, he refuses to accept the verdict. He launches legal challenges and remains in office. Half the population is rabidly in support. The other half is up in arms.

Trumpian fury is already on display. He alleged in a tweet on Sunday that “The Democrats are trying to Rig the 2020 Election, plain and simple!”

With most every poll showing him losing, he appears to be setting the psychological climate for a challenge to the result’s legitimacy. His basis for the rigged claim is the Democratic Party’s push, in view of the pandemic, to allow mail-in voting. Republicans fear it will result in a larger number of voters in the election – an advantage for the Democrats. Consequently, Mr. Trump is threatening to withhold federal funding from states supporting the mail-in method.

Although that system has worked well in the past in states such as Oregon, the vast numbers voting that way this time could result in mayhem. (Democrats, as exemplified by this year’s Iowa caucuses vote-tabulation fiasco, are well capable of making a shambles of vote counts.) In the critical battleground state of Pennsylvania, officials are already warning they won’t be able to have all the ballots counted on election day. The Keystone State’s continuing primary campaign has raised complaints from voters who have received several ballots, or the wrong ballot.

Election board member Bethany Hallam told Politico she’s worried that in November, Republicans will “use all these examples of errors with mail-in voting as their excuse to invalidate election results.”

If he loses narrowly in a couple of swing states, Mr. Trump could allege abuses, such as voting by illegal immigrants in Democrat-leaning counties, and issue a court challenge. He’ll have his political base worked up to a fever pitch. He’ll have support from Congressional Republicans, his obsequious Attorney-General Bill Barr and, with its conservative majority, perhaps the Supreme Court as well.

While the people cast the votes, it is state electors in the electoral college who officially elect the president. It raises the possibility that in Republican-controlled states where the President has alleged subterfuge, electors could be appointed who refuse to vote for presumptive Democratic presidential nominee Joe Biden. The Supreme Court is soon expected to rule on whether electors have such a right.

Given the pandemic, there’s been much speculation that Mr. Trump might seek to delay the election and extend his stay in power until his re-election prospects brighten.

“Mark my words,” Mr. Biden said during an online fundraiser last month, “I think he is going to try to kick back the election somehow, come up with some rationale why it can’t be held.”

The Constitution does not give the executive branch control over election timing. If Mr. Trump tries to invoke national-security powers, the Democratic majority in the House of Representatives is there to block him. But with this President, there’s no guarantee of adherence to any laws or precedents.

Mr. Biden also warns of egregious voter-suppression tactics from Mr. Trump. “That’s the only way he thinks he can possibly win.” To limit turnout, the White House could pressure state governments into implementing restrictive measures on voter identification and eligibility.

The President’s viciousness toward opponents has reached the point where, in a fundraising e-mail to supporters a few days ago, he called former U.S. president Barack Obama “a proven CROOK.” With the help of Mr. Barr, he could even try and cook up criminal charges of some kind against Mr. Biden.

If Mr. Trump is defeated, it is worth recalling what Michael Cohen, his former lawyer and fixer, had to say. “Given my experience working for Mr. Trump, I fear that if he loses in 2020, there will never be a peaceful transition of power.”

It’s just another among a rash of indicators that the 2020 election is a disaster in the making. 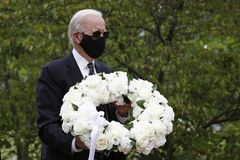 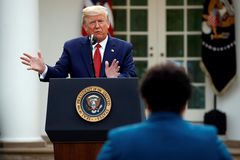 Lawyer says he is no longer representing Biden accuser Tara Reade
May 22, 2020 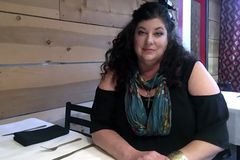