Ted Morton is an executive fellow at the school of public policy and a professor-emeritus at the University of Calgary, and the author of such books as The Charter Revolution and the Court Party and Law, Politics, and the Judicial Process in Canada.

The battle over a replacement for Supreme Court Justice Ruth Bader Ginsburg risks becoming a nightmare for the Democrats. And the fight could even displace Donald Trump’s clumsy mishandling of the COVID-19 pandemic as the primary ballot-box issue.

When Justice Ginsburg died in September, Democrats demanded that the Senate refuse to hold confirmation hearings for Mr. Trump’s nominee prior to the November election, to leave the decision to whomever American voters choose to be their next president. This, after all, was how Republican Senate Majority Leader Mitch McConnell proceeded in 2016, when his party refused to hold hearings for Barack Obama’s election-year nomination of Merrick Garland to replace the late Justice Antonin Scalia. The Democrats have accused Mr. McConnell of hypocrisy; they are right to do so.

But that matters less to Republicans than the pursuit of the party’s partisan agenda. Hearings are now under way to approve Mr. Trump’s nominee, Amy Coney Barrett. (And make no mistake about it: If the roles were reversed, the Democrats would do exactly the same thing.)

For better and for worse, the U.S. Supreme Court has become a critical veto point in the American political process. A five-judge majority can overrule the policy choices of elected legislative majorities at both the state and federal level, and it serves the self-interests of both political parties to appoint justices who are sympathetic to their core policies and constituencies.

But this time, the stakes in the Barrett hearings are far higher for the Democrats. For too long and on too many issues, progressive Democrats – proponents of the new identity politics – have become accustomed to winning policy battles in the courts rather than at the ballot box. The prospect of having to win over a majority of voters rather than just five justices might be unnerving for the party.

So now, progressives are organizing to scuttle Justice Barrett’s candidacy – to “bork” her, to use a word that entered the U.S. political vocabulary when Democrats defeated Ronald Reagan’s 1987 Supreme Court nomination of Robert Bork by vilifying him at the nasty hearings. Democrats tried and failed to bork Clarence Thomas in 1991 and, more recently, Mr. Trump’s 2018 nomination of Brett Kavanaugh.

But this could backfire for Democratic presidential candidate Joe Biden – the man who, as then-senator for Delaware, led the charge against Justice Bork three decades ago.

Justice Barrett will not make for an easy target. Her academic and professional records are exemplary. She has three years of experience on a federal court of appeals, so attacking her qualifications will not work.

Nor will attacking her character. As a married mother of seven children – two of whom she adopted from Haiti – she is bulletproof from the types of personal attacks that Democrats used to try to block Justice Kavanaugh’s appointment. Plus, of course, she is a woman; don’t Democrats favour appointing more women to the high courts?

So what’s left? To defeat the Barrett nomination – or at least to rally their base for the November elections – progressive Democrats will try to make her nomination hearings a battle over the issues that define the new identity politics: abortion, racial and sexual equality, LGBTQ rights, voting rights, immigration and, more recently, climate change. These are the issues that matter most to the progressive wing of the Democratic Party, but they are also the issues that drove many blue-collar Democrats to vote against Hillary Clinton in 2016.

Mr. Biden and the mainstream Democrats who support him understand this. They are trying to frame the nomination as a threat to Obamacare, the Democrats' 2010 reform that extended publicly paid health care to millions of poorer Americans. But this message risks getting lost if the Senate confirmation hearings become sessions of progressive mud-slinging against Justice Barrett. That could very well splash back on Mr. Biden.

Worse yet would be progressive Democrats demanding that Mr. Biden promise to expand the size of the Supreme Court in order to appoint more “progressive” justices if he wins the presidency. This could make the “court-packing” issue Mr. Biden’s problem, not Mr. Trump’s.

This would be the Democrats' nightmare. So long as American voters view the 2020 presidential election as a referendum on Mr. Trump’s clumsy and divisive presidency, Mr. Biden will win. But a highly public and nasty “bork campaign” could, ironically, bork Mr. Biden’s own presidential bid. 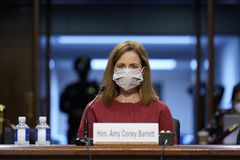 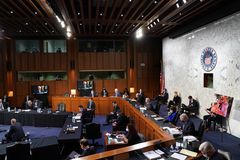 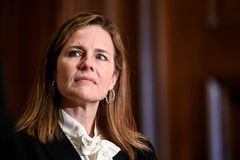