What a moment! Beto O’Rourke, the tall Texan, tells Americans he’s coming to take their guns away. It came at the remarkable Democratic debate in Houston – remarkable because of its high quality as compared with earlier debates.

Mr. O’Rourke, one of the 10 candidates onstage Thursday night, spoke with intensity of the absurdity of people owning “battlefield weapons.” That will end if he gets in. "Hell yes, we’re going to take your AR-15, your AK-47.”

Shortly after the debate, he heard from a Texas politician. “My AR is ready for you Robert Francis,” tweeted Briscoe Cain, a Republican state representative, using Mr. O’Rourke’s legal given names.

The O’Rourke performance stood out. But you might ask whose didn’t. In fact, one eye-popping powerful sally from each of the candidates followed another.

Front-runner Joe Biden got off the mat this time. He was alive, peppy, combative. He didn’t show his age except for the moment when he referred to listening to a “record player.”

(A record player is a music-playing apparatus from the Sinatra era.)

Fired-up Bernie Sanders with his lobster-orange face looked even more fierce than usual. For Luciferian comparisons, all that was missing was a pitchfork. But he beat the drum for democratic socialism with a searing clarity.

Elizabeth Warren had another strong outing. She was in high gear. She has a mind that bristles, that is forever on alert. “I know what’s broke,” she asserted, "and I know how to fix it.”

But it was the candidates far down in the polls who left the best impressions. In addition to Mr. O’Rourke, Minnesota Senator Amy Klobuchar had a wonderful evening, connecting in a way that was missing in her previous debate performances. New Jersey senator Cory Booker shone as well. “America first is America alone,” said Mr. Booker.

He brings humour to the table. Commenting on President Donald Trump using a national security waiver to justify trade measures against Canada, he wondered whether he’s “the only person on this stage who finds Trudeau’s hair very menacing.”

Kamala Harris, the California senator who scored so well in the first debate, had her moments on Thursday, particularly when she referenced Mr. Trump with the Wizard of Oz. “When you pull back the curtain, it’s a small dude.” But her performance was uneven. She is too full of herself.

The cerebral young Mayor Pete Buttigieg didn’t get enough floor time to make a great splash. Julian Castro went after Mr. Biden, questioning his memory capacity. “Are you forgetting what you said two minutes ago?” But it came off as mean-spirited.

The biggest fight was over the issue of universal health care with Mr. Biden and Ms. Klobuchar saying it would be too expensive and too disruptive in forcing tens of millions of Americans off their private plans.

The projected cost of Medicare-for-all is US$3.2-trillion per year. “How are we going to pay for it? I want to hear that tonight,” Mr. Biden demanded, singling out Ms. Warren and Mr. Sanders.

Neither gave a specific answer. The current health care system is already ridiculously expensive, Mr. Sanders countered, adding that the Biden plan of expanding the Affordable Care Act would still leave millions of Americans vulnerable to financial ruin if they have a medical emergency. Every other major country has a system that guarantees health care to all “not a system which provides $100-billion a year in profit for the drug companies and the insurance companies.”

Ms. Warren was impactful with her remarks on the need to get out of Afghanistan. “We cannot ask our military to solve problems that cannot be solved militarily.” On trade policy, she said it was necessary to get corporations away from the table.

Because almost all the contestants performed well, the debate is unlikely to result in any sizable changes in momentum. Big shifts are unlikely to happen until the first primary contests in Iowa and New Hampshire.

Candidates who are lagging at single digits in the polls still have an opportunity to surge in those pivotal contests. It has happened often in the past where a dark horse emerges. Mr. Buttigieg, for example, is showing high ratings in polls in Iowa while Mr. Biden is not doing terribly well there or for that matter in New Hampshire. He needed to put a spark in his candidacy and in this debate he did so, though it was the O’Rourke moment that stole the show. 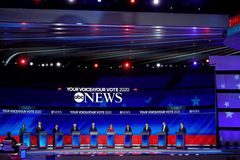 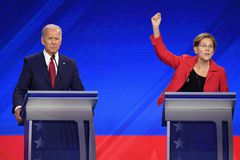 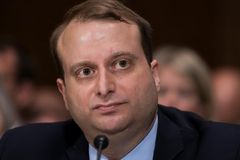