It’s been almost two weeks now since four Conservative MPs from Alberta issued the rest of the country a 13-page ransom note on behalf of their province.

If you haven’t been consulted on whether we should meet their demands, you are not alone. The entreaty has been met mostly with silence and derision since it dropped, even by influencers inside the aggrieved province.

The document is called the Buffalo Declaration, a nod to a 1904 proposal by Sir Frederick Haultain, the then-premier of the North-West Territories, to create a super-province – combining the land of what is now Saskatchewan with the land that is now Alberta, and naming it Buffalo after the great beast that roamed the area.

But, according to the report’s authors, the idea was shot down by Ottawa, allegedly because the federal government detected a threat from this super-province. This, apparently, set the tone for Central Canadian elites’ enduring discrimination of Alberta and its people.

By now, the rest of the country is familiar with the grievances emanating from Alberta, which are most often articulated by politicians linked to the federal Conservatives, and often in this format: All of Alberta’s current economic problems are the fault of Prime Minister Justin Trudeau, and Albertans have reached the breaking point. Ottawa better get with the program and give the four Tory MPs everything they are demanding, they warn – or they will have no choice but to press for separation.

This is a threat we’re supposed to take seriously.

The requests are both familiar and novel. More pipelines! Changes to equalization! More constitutional rights within Confederation! But there are also some fascinating add-ons, including an ultimatum that Alberta be recognized as a “culturally distinct” region inside Canada. My favourite, however, is the call for an official “apology” by the federal government for the National Energy Program from the early 1980s.

Let’s play a game. Which of these is not like the others: the residential school system; the head tax imposed on Chinese immigrants; the internment of Japanese-Canadians during the Second World War; the National Energy Program?

No wonder so many federal Tories were running as fast as they could in the opposite direction when reporters came looking for comment on this over-wrought, self-indulgent, incendiary compendium of outrage.

Frankly, the entire thing reads like one of Michelle Rempel Garner’s Twitter rants. And as it so happens, Ms. Rempel Garner is one of the four authors, along with Conservative party colleagues Arnold Viersen, Blake Richards and Glen Motz.

There is certainly one element of truth in the manuscript: the fact that there are many people inside Alberta who are struggling right now. Plummeting oil prices have taken a toll on the economy. We all know that. The province needs more pipeline capacity; we know that too. That’s why Mr. Trudeau’s government bought the Trans Mountain pipeline expansion project from Kinder Morgan, to add just that.

But Alberta is also the victim of a phenomenon over which it has little control: climate change. All the pipelines in the world won’t change that. The pressure on the provincial economy as a result of a warming planet and the global response to the crisis will be unceasing. This is not Justin Trudeau’s fault, as much as this cabal of Tory MPs try and make it so.

Alberta can have its own pension plan, its own police force and its own provincial tax-collection system – and none of it will change the fact that a war has been declared on fossil fuels.

The Buffalo Declaration wants you to believe that there hasn’t been a province in the country more hard done by than Alberta, a jurisdiction that has been the wealthiest in the country, and one of the richest in North America, for the last 50 years. It’s just awful the way it has been treated.

What’s truly bewildering is why, if this exploitation of Alberta has been going on for decades as suggested, it was less of a problem when Stephen Harper was Prime Minister and Ms. Rempel Garner was a member of his cabinet. You know, back when people from Calgary were running the country, not the Laurentian elites that are the object of so much scorn in this treatise.

You’d almost think that the Buffalo Declaration was a partisan screed aimed at embarrassing the federal Liberals and shoring up the authors’ street cred back in Alberta. But then, who would be cynical enough to trade on the legitimate suffering of people to score cheap political points?

Opinion
Buffalo Declaration is a powerful document, but separation is no solution for Alberta
Subscriber content
February 28, 2020 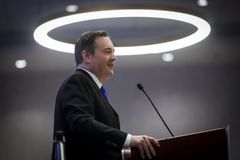 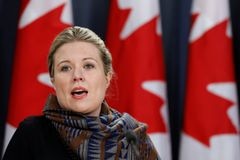