Jamie Ross is the assistant sports editor at The Globe and Mail.

As I entered my last year of high school, I knew going to university after graduation was not an option. Poor grades and general apathy toward education would have precluded me from being accepted anywhere anyway, but just in case, my parents, exerting maybe their last ounce of power over me, forbid me from even applying.

Travel, they said. Or get a job. You’re not ready. They were right. But as my senior year progressed, a third option emerged: junior hockey. Having put so much of their own time and money into my hockey career, my parents were thrilled to learn I had an eye on lengthening it a few more years. And they wouldn’t have to foot the bill.

What followed was a three-year lesson in growing up.

When I woke last Saturday morning to the devastation that followed the Humboldt bus crash, I had the same reaction expressed by so many in the hockey world these past few days: I’ve been on that bus.

I’ve sat at the card table at the rear, the one reserved for veteran players, made possible by those two seats that swivel around so four people can face one another. I’ve slept sprawled across the seats, my feet bridging the two sides of the aisle, while teammates stepped over me to get to the bathroom. I’ve been called to the front of the bus by the coach and told I wasn’t playing that night, the same scene you’ve seen in any sports movie involving a team charter.

Playing in a league that spanned three provinces, my team routinely boarded the bus to ship off to Campbellton, N.B., Charlottetown or the 800-plus-kilometre trek, one way, from our home base in Woodstock, N.B., to the South Shore of Nova Scotia, home of the Yarmouth Mariners.

During my (otherwise statistically forgettable) Junior A career, I took nearly 100 bus trips to and from towns just like Humboldt, where the entire community rallies around their local team.

In watching Humboldt mourn, we are reminded these teams are so much more than the players who wear the uniform. It takes commitment, patience and generosity from so many to make a junior team function.

My own experience benefited from deep-pocketed ownership that allowed players to collect a small paycheque, freeing us from the need to find a job.

Those who wanted a few extra bucks could find spare work from local business owners, who’d also chip in sponsorship and advertising dollars to beef up the team’s operating budget. Those contributions could mean the difference between players eating a cheap, greasy pizza after a game or something actually resembling a homemade meal.

The local high school and college teachers were forgiving of a player who was dragging his feet on a Monday morning after arriving home from a road trip at 3 a.m. the night before.

I’ll never forget the horrified look on my journalism instructor’s face when I walked into class at the community college one morning with a deep purple and black eye swollen shut.

Our coaches, while paid, earned every dime of their salary, sacrificing so much of their own time for the good of the team.

The highest praise is reserved for the unbelievably accommodating billet families, who fed and boarded us, and undoubtedly overspent the allotment paid to them by the club to keep us. (If you want to witness the limitlessness of a human’s caloric intake, open your fridge to three 19-year-old hockey players whose main purpose is to skate and work out all day.)

The billet families opened their homes to someone else’s overgrown children and treated them as their own.

I’ve thought a lot about my billet this week. I stayed with her for two of my three seasons in Woodstock. Joyce had just lost her husband and was looking for someone to fill an empty house.

She quickly became an all-star in the players’ book, a motherly figure who would welcome a dozen players to her home on any given afternoon. We didn’t have to raid the cupboards; she emptied them onto the counter for us.

The last time she and I spoke, we talked about all the good times – the memorable victories on the ice and the friendships we formed, mainly. But we also discussed the character-building moments I experienced while living with her.

The dumb decisions made, injuries endured, fights with coaches, girlfriend problems. Joyce always had my back. (She’d also covered for my roommate and me several times after we’d broken curfew and our coach made his door-to-door check-ins.)

When I think about the lives changed and lost following the Humboldt crash, I imagine a team of players like me, circa 2007. Kids becoming adults, full of hope and promise. A few might go on to the pros, several more to college or university hockey, but the rest would carry on with life, becoming doctors or plumbers or journalists.

I am grateful for my three-year intermission from real life. It allowed me to bridge adolescence and adulthood. I was doing the thing that brought me the most joy, alongside people I loved, while I figured out who I wanted to become. 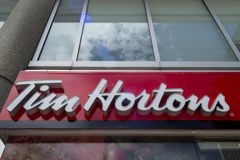 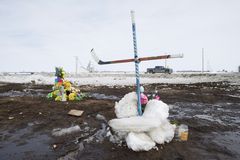