In recent weeks, the ‘Buttergate’ scandal about butter hardness has been reported on by media outlets around the world. The allegation is that much of Canada’s butter has recently become harder – meaning it doesn’t get soft at room temperature – owing to farmers feeding cows more palm oil, However, the evidence of a change of consistency is anecdotal, and hasn’t been studied in temperature-controlled, peer-reviewed experiments.

So, what is going on with butter hardness, and is there any solidity to arguments that changes in the way farmers feed their cows affect your enjoyment of a slice of toast?

Is your butter not as soft as it used to be? The pandemic and our urge to bake is partly to blame – along with palm oil

First, we have to investigate whether there has been a recent change in the rations fed to cows. Here, nomenclature is important. Is the feed ingredient palmitic acid or palm oil? Palm fat is a triglyceride – a fat molecule with three fatty acids. Palmitic acid, a fatty acid that may be part of a triglyceride, can also be part of dairy rations, but it is important to recognize that it is a completely different molecule.

Some articles have used these words interchangeably. This is like equating the terms crude oil and octane, and saying they have identical effects on engine performance.

Palm oil is definitely not responsible for any recent changes in butter hardness. Dairy farmers use saturated fats, such as those in palm oil, because they do not adversely affect the rumen microbiota (the bacteria in a cow’s stomach). Our research has shown that keeping the rumen microbiota functioning well is the key to cow health and welfare as well as milk production capacity.

Back in January, 2017, livestock nutritionist Peter Vitti cautioned dairy farmers looking to increase milk fat production in lactating dairy cows to make sure their palm fat supplementation was balanced with other nutrients. So, any palm oil effect on butter hardness would not be a recent phenomenon.

The Dairy Farmers of Canada have convened a panel to determine whether palm oil may be the villain behind allegations of harder butter. To do so, they will have to navigate an awful lot of physiology, biochemistry, physical chemistry and materials science.

In butter, the vast majority of fatty acids are locked into triglycerides. Even in cows fed no palm oil or palmitic acid, the major component of the triglycerides in cow’s milk is palmitic acid, so research linking cows’ diets to health effects on consumers may not be useful. Instead it would be more worthwhile to research cost-effective alternatives to palm fat in dairy cow diets.

And what do we mean by butter hardness? The dairy industry itself does not agree on a definition. Over 20 years ago, we advocated a rigorous approach to define butter hardness because of massive compositional and structural variation in this shape-shifting material.

A given cow can produce thousands of different types of triglycerides, and the amount of each varies with the cow, what kind of day she’s having, whether she’s milked by a human or a robot, and especially depending on what she’s fed.

Then, each of these molecules interact, and depending on how they crystallize, stunningly beautiful structures arise. It is this complex solid crystal network that dictates butter hardness at a given temperature.

More than 60 years ago, when no one in Canada had ever thought of palm oil as a dairy feed ingredient, University of Alberta researchers showed in carefully controlled experiments that butter hardness almost doubled with seasonal variation in the cows’ feed.

For Buttergate, is the target to lobby for changes to Canada’s dairy industry? If so, then rigorous social science studies are needed to evaluate price effects on Canadian dairy products compared with those in other countries.

But, if the Dairy Farmers of Canada want to understand butter hardness, natural scientists are needed to formulate well-controlled investigations of physical properties. While they’re at it, they could expand the study to include the barista foaming problem. The issue, flagged by coffee shops complaining that some milk doesn’t foam properly, presents an even more vexing scientific puzzle to solve. 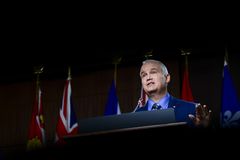 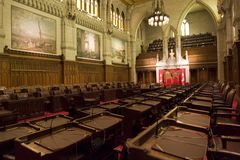 Opinion
Canada should be supporting journalism’s future, not its past
March 2, 2021 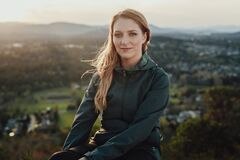