Elizabeth Moore is an anti-hate educator and former racist extremist.

This week, Global News uncovered a troubling internal report from 2018 by the Military Police Criminal Intelligence Section titled “White Supremacy, Hate Groups, and Racism in the Canadian Armed Forces,” which documents 16 CAF members’ ties to six hate groups and another 37 allegedly engaged in racist or hate-motivated conduct between 2013 and 2018. It suggests what many anti-hate activists have suspected: The Canadian Armed Forces have a racist extremism problem.

But the seven-page report inexplicably dismisses its own findings. “At this time," it concludes, "hate groups do not pose a significant threat to the CAF/Department of National Defence.”

The assumption appears to be that low numbers equal low or no risk. Since these hate group members and sympathizers make up less than 0.1 per cent of the CAF, the report says, the military believes a few bad apples won’t spoil the bunch.

This shows a distressing lack of understanding of their own history and the dangers of having radicalized individuals with weapons training on the ground.

During the subsequent investigation, the public learned that white supremacist literature was commonplace in the regiment and that sub-unit 2 Commando in particular, where the Rebel flag was flown on base, was a hotbed of racist extremist activity. The investigation also revealed that during this unspeakable cruelty and violence, Master Corporal Clayton Matchee told another soldier: "In Canada we cannot do that, and here they let us do it.”

The CAF also have a responsibility to Canadians to ensure they are not unwittingly furthering the radicalization of their members and, by extension, civilians. The report acknowledges that “current and former military members find that their skills are valued by these groups. Further. they provide structure to these organizations. therefore affording them the ability to gain positions of leadership."

This dynamic has existed since at least the 1990s, and the risks associated with hate-fuelled people receiving military training cannot be overstated. When brothers Elkar and Eric Fischer, themselves members of the Airborne Regiment, provided security for Heritage Front events and conducted paramilitary-style training, their activities escalated until they kidnapped and assaulted a fellow Front member they suspected of providing information to anti-racists.

Today, the six hate groups the report identifies as having CAF members and participation are not, as the Proud Boys once tried to portray themselves, casual drinking clubs. The Proud Boys, Atomwaffen Division, La Meute, Hammerskins Nation, III% and Soldiers of Odin are militant and violent. Atomwaffen, in particular, is considered extreme even within the far right and has been linked to assaults and five murders within the past three years. The anti-Islamic III% take their cues from American far-right militia organizations and are one of the most dangerous groups to set up shop in Canada.

And a recent case in the United States shows us what happens when the military shirks its responsibility to the public. Coast Guard lieutenant and former marine Christopher Paul Hasson was originally arrested and charged with drug and weapons offences, but over the course of their investigation, police quickly learned that he was also a self-described white nationalist plotting a terrorist attack “on a scale rarely seen” in the U.S. He had a hit list and had been stockpiling weapons since 2017. The U.S. military failed to screen this.

The CAF should not wait until one of their radicalized members reaches this point to intervene. For his part, Defence Minister Harjit Sajjan said he would look into whether “further action” was needed on this matter, but that is wholly insufficient; as the Canadian Anti-Hate Network has advocated, the identified hate group members who remain in the Forces must be put on immediate leave, pending a full investigation.

We now have, on the record, military recognition that white supremacist influence is at least real among the ranks of our most weaponized Canadians, but this is not a true indicator of white supremacist influence within the CAF’s ranks; the 0.1 per cent quoted in the report is surely an underestimation of the hard-to-measure quality of hatred. We’ve also known, because of a sad mark in our history, that this hatred can be funnelled into violence against citizens.

Now all we need is for the Canadian Armed Forces to realize it, too.​ 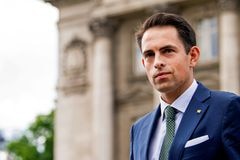 Opinion
The new world of economic nationalism can have deadly consequences Subscriber content
May 24, 2019 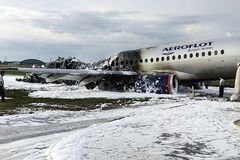 Opinion
Canada is the model liberal nation - and Canadians should embrace that Subscriber content
May 18, 2019 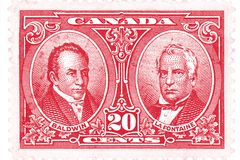