This may have been a year more focused on the consequences of a global pandemic, but 2020 has also been eventful for those following the issue of violent extremism in Canada.

We saw the first worldwide charge for incel-related terrorism in May. We’ve witnessed three charges for Islamic State-related terrorism, including charges against a woman – one of only seven women to have ever been charged with a terrorism offence in Canada. A youth in Kingston pleaded guilty to charges relating to a bomb plot. While the terrorism trial of alleged IS recruiter Awso Peshdary stretched into its fifth year, U.S. officials were able to thwart a potential act of political violence when a Canadian woman sent a poison-laced letter to President Donald Trump.

All of this activity would be exceptional enough for any year, but in late September, the RCMP charged Abu Huzayfah – the infamous subject of Rukmini Callimachi’s 2018 New York Times podcast The Caliphate – with perpetuating a terrorist hoax. While this charge and the high-profile podcast that broadcast his allegedly false claims of committing crimes for the Islamic State are important to discuss, the media circus surrounding these events has overshadowed a much more important debate about counter-terrorism in Canada: why investigating and prosecuting Canadian terrorists has been met with so many challenges.

While there have been a number of arrests following short investigations, more have occurred after an attack, or following years-long investigations. Indeed, Mr. Huzayfah posted photographs claiming to have been in the Islamic State around 2014 or 2015, which then came to the attention of Ms. Callimachi in 2016. It’s plausible that Canadian law enforcement or security services saw those posts around the same time as or before Ms. Callimachi – and yet, that investigation only came to fruition more than two years after the podcast originally aired.

Terrorism investigations are complex – particularly when they span multiple jurisdictions, as most do in our globalized world. But investigations lasting six or seven years, and then trials lasting many more, should be cause for concern.

These delays are connected to another terrorism issue in Canada: our foreign fighters. More than 40 Canadians, the majority of whom are children, were fighting for or living among the Islamic State when they were captured and placed in Kurdish custody. Despite Ottawa’s repatriation earlier this month of the five-year-old orphan Amira, there has been no effort made to repatriate the others, despite international calls to do so. Political inaction on Canada’s foreign fighter issue has been blamed on the Caliphate podcast, but it only highlighted existing problems with Canadian counter-terrorism practices.

There is no evidence (other than perhaps the hopeful statements of the detainees themselves) that the Canadian government was ever intending on repatriating our foreign fighters and dealing with this issue by, ideally, arresting and prosecuting the adults. Certainly, the podcast amplified Mr. Huzayfah’s claims that he joined the Islamic State and committed numerous atrocities while remaining free on the streets of Toronto, but it didn’t create this situation. Canadians have known for years that the government was investigating dozens of returned foreign fighters, and that those had not led to commensurate charges. The Caliphate’s broadcasting of Mr. Huzayfah’s story simply brought Canadian inaction to the attention of the wider world.

The causes of the delayed counter-terrorism response in Canada are likely myriad, and some are almost certainly political – but they all pose problems for the prospect of justice and the rule of law. These delays do not bode well, either: In Canada, the violent extremist ecosystem is becoming more complex by the day. Not only do we face continuing threats from individuals inspired by the Islamic State and al-Qaeda, but we are also seeing a rise of ideologically and politically motivated violent extremism across the political spectrum. While Canada has so far been fortunate to have experienced relatively little actual violence, the United States is exporting a number of extremist ideologies, some of which have taken root here. The U.S. has also endured a shocking rise in incidents of political violence from both the left and right, and unfortunately, political violence in the United States is often a leading indicator of what’s to come for Canada.

We need to ask hard questions to understand the source of the problem in counter-terrorism policing in this country. Is it a lack of resources? Expertise? Bad management, as has been alleged in the case of Cameron Ortis, a senior RCMP intelligence official arrested last year for allegedly sharing classified information with a foreign entity? Lack of specialization amongst both investigators and prosecutors? The government needs to investigate, report, and take action on this issue, because as the extremism landscape in this country becomes more complicated, we need police that are ready and able to conduct timely investigations and support prosecutions of terrorists. 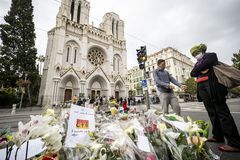 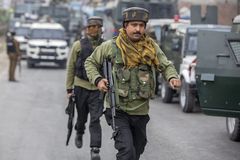 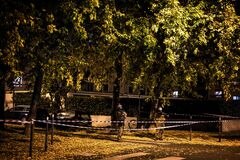