Anna Feigenbaum is the author of Tear Gas: From the Battlefields of World War I to the Streets of Today.

As Donald Trump supporters stormed the steps of the U.S. Capitol on Wednesday, a pair of side-by-side images quickly spread across social media. In one, taken at a peaceful Black Lives Matter protest last June at the Lincoln Memorial, National Guard troops are seen heavily armed and armoured, masked up, and evenly spaced out in a clear riot-control formation. In the other photo, handfuls of lightly equipped and loosely gathered Capitol Hill police officers are seen standing around as insurrectionists breach the Capitol buildings.

Outraged, but not surprised, many speculated that the Capitol Hill protesters would have been tear-gassed, arrested or shot if it wasn’t for their white skin.

Politicians have already been quick to point fingers and declare this the fault of Capitol Hill police’s under-preparedness. But the approach itself was not really an error. In fact, it neatly aligned with a long history of how white-supremacist protests are policed in the United States – which is to say, barely at all, and indeed often in a way that amplifies that cause at the expense of Black- and minority-led social-justice movements.

In 1925, during the second rise of the Ku Klux Klan, more than 30,000 members gathered in Washington to march down Pennsylvania Avenue, while 100,000 more looked on. Fully dressed in white robes with their faces visible, this demonstration marked a moment of peak activity for the Klan, with its membership at then at an estimated four million, including support of “75 congressmen, numerous senators and at least 11 state governors,” according to researcher Paul Brister. In preparation for the event, police and local pastors simply discouraged African-Americans and others from protesting the parade.

Another defining moment for police efforts around far-right protests occurred on Sept. 30, 1962, amidst the rise of the civil-rights movement and desegregation. Lashing out against the enrolment of James Meredith, a Black former Air Force pilot, at the University of Mississippi, hundreds of angry white people armed with bottles, rocks and chains gathered at the campus. State troopers – some of whom “made it plain they sided with” the protesters, according to The New York Times – withdrew at the order of a state senator, allowing the mob to take over the grounds. Some state patrolmen later resumed their posts on campus, but they were ill prepared to face the armed white-supremacist protesters. Thousands of National Guard and military police officers had to be brought in, and by the end of 15 hours of fighting, amid thick clouds of tear gas, two civilians had been shot dead and more than 245 people were injured.

According to researcher Stephen Lesher, this failure of policing white supremacists led to a strategy of cracking down hard on civil-rights demonstrators to spare police and politicians from having to face such angry white mobs. Some officers were anti-integrationists with links to the Klan, leading to acts of vigilantism under the cloak of law and order; to this day, there is no national strategy to identify white-supremacist police officers, according to a report by former FBI special agent Michael German.

Such far-right demonstrations and counterprotests continued sporadically in the years that followed. But it wasn’t until Donald Trump’s presidency that we saw another surge in mass white-supremacist organizing and public demonstrations on par with those from the 1960s. The lackadaisical approach to policing the 2017 Unite the Right rally in Charlottesville, Va., the largest public gathering of white supremacists in decades, contributed to the death of counterprotester Heather Heyer and the injury of dozens of others. Framed as a battle between the far right and the far left, Mr. Trump’s official line at the time was to condemn “in the strongest possible terms this egregious display of hatred, bigotry, and violence on many sides.”

An independent review of the riots in Charlottesville published at the end of 2017 suggested that future tactics for policing far-right demonstrations could include restricting what weapons can be brought to protests and establishing “stadium-style” checkpoints with secure, entry-restricted perimeters.

The years that followed saw a continued rise of hate crimes by far-right white-supremacist groups, as well as the persistence of police support for far-right agendas. Last year made this even more explicit, from the U.S. Parks Police using pepper-spray projectiles to clear peaceful protesters so that Mr. Trump could pose for a photo-op outside a Washington church, to his public defence of Kyle Rittenhouse, who shot and killed two Black Lives Matter protesters in August. Then, on Sept. 4, 2020, amidst the momentum of the Black Lives Matter movement and growing calls to defund or abolish the police, the largest police union in the United States made a firm and public endorsement of Mr. Trump’s bid for re-election. “During his first four years,” declared Fraternal Order of Police union president Patrick Yoes, “President Trump has made it crystal clear that he has our backs.”

By the time Mr. Trump had lost the election and his supporters were making their way to Washington for a scheduled Jan. 6 rally at the President’s exhortation, officials clearly knew what threats far-right protesters posed. On Jan. 4, a call by the city’s mayor, Muriel Bowser, for the National Guard to assist with policing efforts had been approved by the Pentagon. A G4S security report circulated to government officials and local businesses had clearly spelled out the need for extra protection from likely violence on Jan. 6: “Due to recent incidents and current online rhetoric, G4S assesses that isolated violence is very likely, and that there is a potential for more widespread violence.”

The Capitol had the staff and the budget to plan differently. In fact, the Capitol Hill police budget is US$460-million, more than twice the size of the police budget for Atlanta. The Capitol Hill police also have their own containment and emergency response team equipped with high-end technologies, and they are trained in dealing with active shooters, chemical agents and civilian rescues. 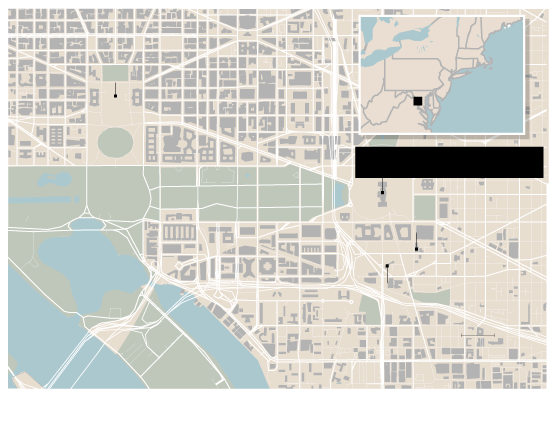 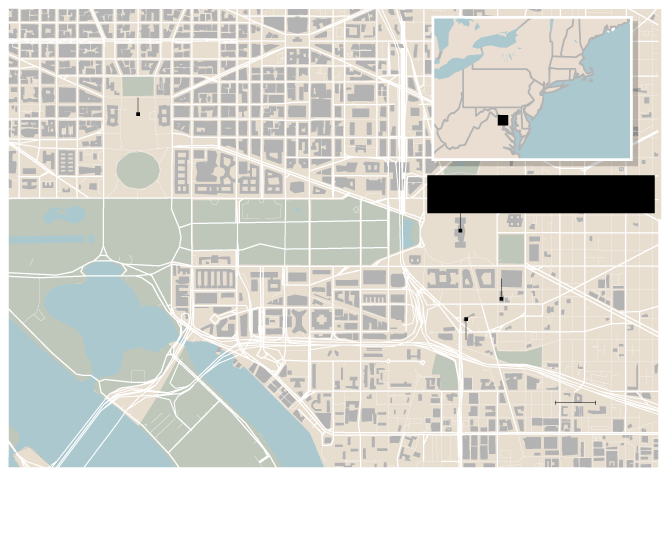 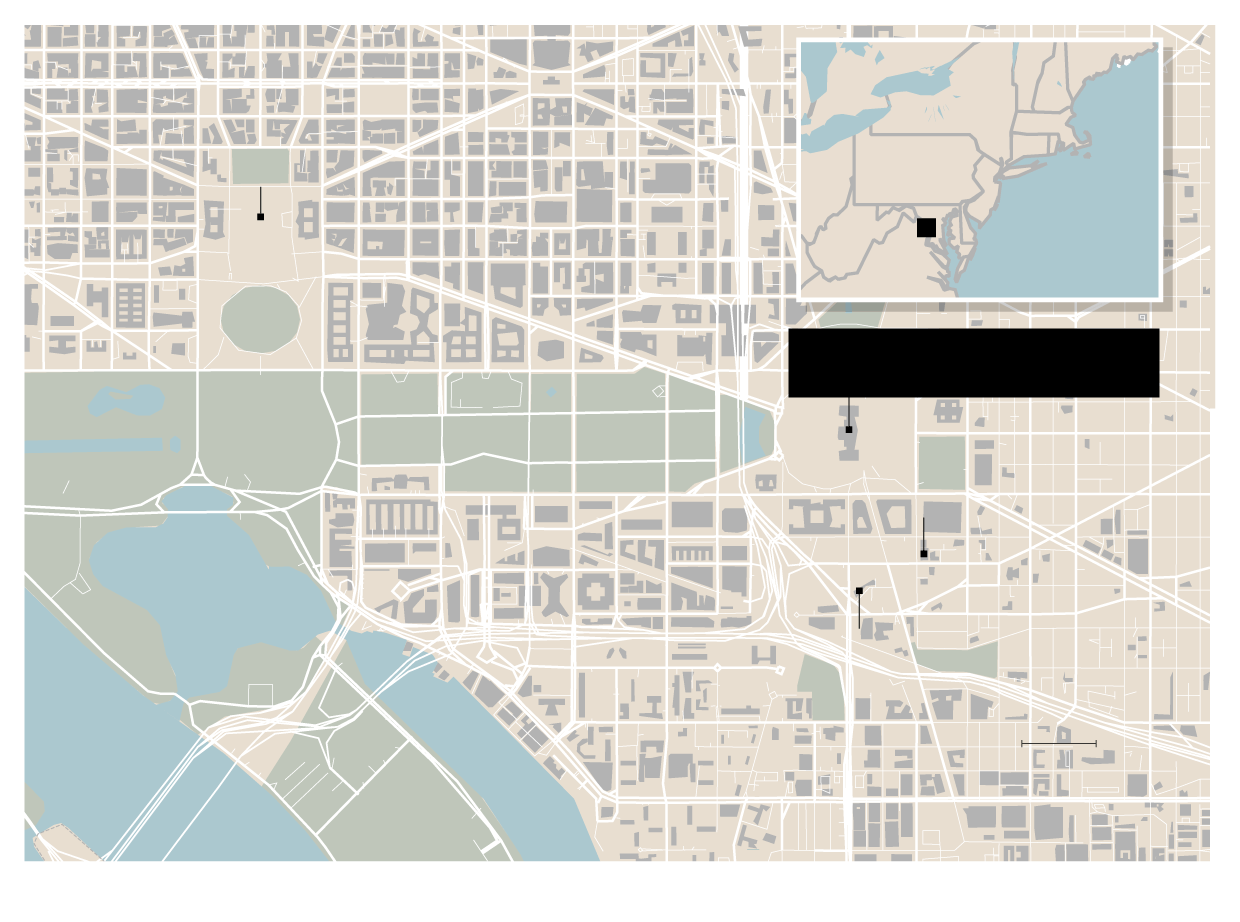 In other words, if those in power wanted the Capitol to be policed with greater force, it would have been.

From a crowd-control perspective, if the goal of policing a protest is to protect a platform for protesters, then enabling freedom of assembly and de-escalating violence are the correct tactics to use. In contrast, if the desired outcome is to diminish the protesters’ platform, then we will see heavily armoured perimeters and containment tactics that make it difficult for protesters to mobilize and freely communicate. Likewise, if the goal of protest policing is to discipline, punish or criminalize protesters, then we’d see force escalation, including the deployment of heavily armed police, intimidating tactical formations, the targeting of individual protesters and the excessive use of indiscriminate riot control weapons such as tear gas and flash-bang grenades.

So as the history of far-right policing in America makes clear, what happened on the steps of Capitol Hill was effectively a way to strategically protect a platform – that of the far right. That this was the approach does not indicate that we need more policing; rather, it should be a rallying call for our newly elected officials to address the nation’s history of white supremacy as it continues to define whose protests the police work to protect and to serve.