Of all the measures introduced by the federal government to blunt the social impact of the pandemic, none was as popular as the Canada Emergency Response Benefit.

CERB, as it became known, offered Canadians thrown out of work a $2,000 cheque every four weeks. In September, the program transitioned to an enhanced employment insurance scheme.

But it was CERB that re-ignited calls from social welfare organizations, as well as from politicians representing three of our federal parties, for a guaranteed basic income (GBI) that ensures no one in Canada is trapped living below the poverty line.

That idea has been around for decades. Pilot projects testing its efficacy have come and gone over the years. Yet, no government has ever given it serious consideration, mostly for good reason: the price tag. Canada’s Parliamentary Budget Officer has estimated the cost of such a program could be anywhere between $47- and $98-billion, depending on how it was devised.

Still, that has not stifled calls for such a policy, with various groups insisting it remains the best way of lifting people out of a deprived existence to become more productive members of society.

Except that maybe it isn’t.

The B.C. government recently released a study on the subject that was ordered as part of the since-detonated governing agreement that New Democrats struck with the Green Party after the 2017 election. Covering All the Basics: Reforms for a More Just Society is likely one of the most exhaustive examinations on the viability of a guaranteed income conducted anywhere in the world. And it will surely be waved around by those who have long insisted that a GBI is not the panacea it’s often cracked up to be.

To say it’s exhaustive may not do it justice. It took 30 months to complete and was buttressed by 40 commissioned papers, which is partly why it weighs in at 500 pages. In the end, the expert panel that authored it is unequivocal: there are better, more effective ways of creating a more just society than through a guaranteed income.

Panel chair David Green, an economics professor at the University of B.C., said the GBI concept has several shortcomings. For starters, he said, most models have it being administered through the tax system. Yet, 14 per cent of people in Canada don’t even file taxes, according to the report.

The panel also found no evidence to support claims by GBI proponents that it will lead to an expansion of the workforce and a significant increase in gross domestic product. Many GBI pilot projects did not last long enough or weren’t sufficiently shielded from political interference to offer definitive verdicts.

So if not GBI, then what? The panel found that it would be much more efficient and effective to expand and refine existing social programs and to take a more targeted approach to the associated problems of poverty than handing out money. Indeed, the study estimated that a far-ranging GBI would cost the B.C. government about $52-billion annually – or roughly twice the size of the current provincial budget.

“We really determined that the needs of society are truly too diverse to be answered with a single cheque from government,” Prof. Green told me.

There was far more bang for the buck to be realized by extending financial supplements to include dental coverage and rent for those with low incomes, among other initiatives. While the study focused on British Columbia, its recommendations would likely be applicable to jurisdictions across the country.

Another group the panel focused on was youth aging out of care – kids in the foster system who lose their government support at the age of 19. The report said these individuals – about 1,000 a year – could benefit from cash transfers and wraparound social support to help them transition to life on their own.

The panelists recommended more aid and access to support programs for women fleeing domestic violence and for those with disabilities. It advised making assistance through the tax system – such as the child opportunity benefit – more streamlined and easier to comprehend.

Admittedly, none of this is as sexy-sounding as a guaranteed income for all. It’s far more granular, almost technocratic in nature. But it’s also likely to deliver far more in the way of results than any single cheque could.

“All of these changes will improve the attractiveness of work more effectively than receiving cash benefits, reducing the emphasis on a requirement to work in favour of support for work,” the panel wrote in its summary.

“The result will be the dignity and self-respect provided by work … and economic and fiscal gains for society.” 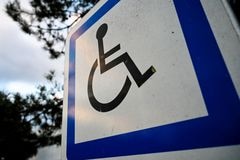 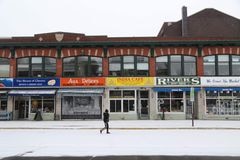 Opinion
Will Canada emerge from the pandemic with a guaranteed basic income?
October 18, 2020 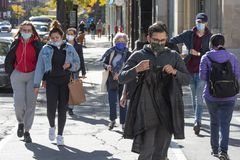