Here’s the problem with Caster Semenya, the South African track star who has been tying the world of elite sports up in knots. There is no way to be fair to the two-time Olympic gold medallist and also fair to the women who compete against her. That’s because she has a rare condition called hyperandrogenism, which gives her testosterone levels that are far higher than theirs are. Testosterone is a hormone that produces more muscle mass, more speed, more strength and more of just about everything that athletes need to win.

“God made me the way I am, and I accept myself,” she told a South African magazine in 2009. She sees no reason why she should have to change who she is. But now the international high court for sports has ruled that she must reduce her testosterone levels for some – not all – of the events that she competes in.Many people think this violates her human rights. "This is a dark day for fairness in sport,” tweeted Canada’s Rachel McKinnon, a transgender woman who is a world record-holder in women’s cycling. The United Nations Human Rights Council has called the plans “unnecessary, harmful and humiliating.”

Though not transgender herself, Ms. Semenya has become a hero to the transgender movement, and to anyone who thinks that the world should accept you as the gender you identify as. The counterargument is that levelling the testosterone playing field is necessary to save women’s sport. “Advocates for intersex athletes like to say that sex doesn’t divide neatly,” Doriane Lambelet Coleman, a former elite runner, wrote in The New York Times last year. “ [A]t least for competitive sports purposes, they are simply wrong … You either have testes and testosterone in the male range or you don’t.”

In other times, the challenges posed by intersex athletes – who are quite rare – could safely be fudged or ignored. But today, as the transgender movement flexes its considerable muscle, older notions of gender, identity, fairness and equality are being challenged everywhere. Just last week, a transgender weightlifter named Mary Gregory broke several world records in women’s weightlifting. And in high schools where self-identified females are allowed to compete in sports against biological females, trans athletes are taking medals from the biological girls.

Testosterone isn’t a perfect way to separate the boys from the girls. But it’s probably the best proxy for maleness that we’ve got. It is not, as some people like to argue just another competitive advantage, like height or fast-twitch muscles. It is an essential underpinning to all athletic performance. The advantages it confers are overwhelming. It is the reason why men can run, swim and jump better than women. For running events, where the margin of victory is often a tenth of a second or less, the mean gap between men’s and women’s performance is more than 10 per cent.

The testosterone gap between the sexes is not just a matter of degree. It’s huge. Natural testosterone levels for most women – elite athletes included – range from .12 to 1.79. The male range is 7.7 to 29.4. You don’t have to know what a nanomole is to appreciate the difference. Of course the best women can often beat a lot of men. Of course trans women don’t always win. But the truth remains that the best women cannot beat the best men. No training in the world can close the testosterone gap.

“A woman with female biology cannot compete," tweeted Olympic swimmer Sharron Davies. “It’s a pointless unfair playing field.” A lot of women in sport feel the same way, she says, but want to avoid the controversy of speaking out. They know what happened to the former tennis star, Martina Navratilova, who said that in her view, trans women who compete in women’s sport are cheating. She was shamed by Rachel McKinnon, the trans cyclist, and had to publicly repent.

The dilemma is that Ms. Semenya’s case pits two rights against each other: the right to compete and the right to compete on a relatively level playing field. By deciding as they did, the judges were forced to penalize Ms. Semenya, who never did anything wrong. But the women who complain are broadly right. The testosterone advantage is insurmountable – and it should not be considered bigoted to say so. The future of women’s sport is on the line. And for now, maybe this is the best that we can do. 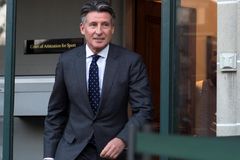 Opinion
The Caster Semenya ruling thrusts the Olympics to the front lines of the culture wars
May 1, 2019 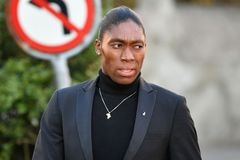 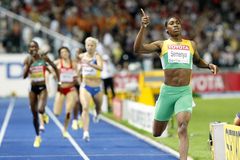