Ed Butts is a writer based in Guelph, Ont. He is the author of Wartime: The First World War in a Canadian Town

It was immensely profitable and hugely desired. It lit homes and burned cleaner and brighter than any other fuel before it. No, this isn’t about fossil fuels.

This is about whale oil – and the history is a cautionary tale for today’s fossil-fuel economy.

Long before the coming of electricity, whale oil was the most desired fuel for the lamps people used to light their homes. It burned cleaner and brighter than any of the other fat-based fuels that had been in use for centuries. Lighthouse keepers especially prized whale oil because the very nature of their profession demanded a fuel whose burning light could be seen far out at sea under the worst weather conditions.

The whale-oil business was immensely profitable in the early 19th century, especially in the New England region of the United States, home to some of the most successful whaling fleets in the world. Whale-oil tycoons in places such as New Bedford, Mass., built magnificent mansions.

Their wealth gave them political power. Whaling captains and their crews, following a dangerous trade, forged a lifestyle and customs that became legendary. In the public imagination, whales were giant, ship-smashing monsters, and the sailors who hunted them were larger-than-life heroes. Boys who sailed away on whaling voyages returned home as men. There were songs and poems about the daring whalers. Herman Melville wrote Moby Dick, an epic novel about a whaling ship that is considered one of the great works of American literature.

But the exploits of the whalers and the increasing need for whale oil took a heavy toll on the whale population. As their numbers diminished, whaling ships had to travel farther and farther from their home ports in search of the animals. Whaling captains who had once hunted in the Atlantic had to chart long voyages to the Pacific. A whaling ship that sailed out of New Bedford might not return for two years.

While the whales were being hunted to the brink of extinction, their oil became increasingly expensive. High-quality oil rendered from spermaceti, a substance found in the head of the sperm whale, was practically worth its weight in gold. The tycoons had to maintain their profit margins. Nobody gave any thought to the possibility that one day, there would be no whales left to hunt.

Then in 1846, a Nova Scotian physician and geologist named Abraham Gesner invented kerosene. This pioneering form of fossil fuel, which some called coal oil, burned cleaner and brighter than whale oil, and didn’t have a pungent odour. Initially, kerosene was expensive to produce, but with refinements in the process, it could soon be manufactured for a fraction of what it cost to send a ship and crew halfway around the world in pursuit of dwindling whale pods. Inexpensive kerosene became the fuel that fed lanterns in homes and the street lamps that illuminated cities at night.

The threat to the whaling industry was clear. The whale-oil tycoons warned that kerosene was too dangerous for domestic use, but their prophesy of major conflagrations caused by exploding lanterns never came to be. Many American lighthouse keepers, in what they believed to be an act of solidarity with the men of the whaling ships, refused to use kerosene in their lamps and continued to burn whale oil.

But the captains of ships from all countries complained that American lighthouses, formerly considered among the best in the world, were now substandard. Like it or not, the light keepers had to switch to kerosene.

Whale oil was still valued as an industrial lubricant, but costs and the unreliability of supply slowed down productivity. In the 1850s, that problem was solved with the successful extraction of petroleum from wells in Ontario and Pennsylvania. The whale-oil tycoons tried to fight back.

“Sperm oil is indispensable for the running of any kind of machinery,” the New Bedford Republican Standard claimed. But the newspaper was wrong. Advances in the refining of petroleum meant that not even spermaceti could save the whaling industry.

Baleen, incorrectly called whalebone, was used in the manufacture of such items as fishing rods, buggy whips, toys, umbrellas and women’s corsets. But it was a by-product that didn’t bring in the kind of profits that built mansions. Nobody was going to send ships to the other side of the world for whalebone alone.

Kerosene was the writing on the wall for the whaling industry. The whaling men had to adapt to an economically changing world. Ironically, fossil fuels were instrumental in saving the whales.

Today, however, because of climate change brought about by carbon emissions, it isn’t only the whales and a traditional way of life that are now endangered. Just like the whale oil that came before it, there was a time and place for fossil fuels, which had their day. But the writing is on the wall; one way or another, the proverbial 2019 light keepers will change their ways. 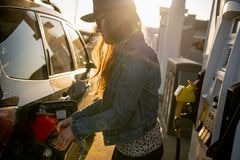 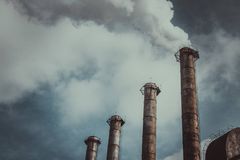