Rashid Husain Syed is a Toronto-based journalist, consultant, and energy analyst who lived in Saudi Arabia for a quarter of a century.

When Donald Trump was at the helm in Washington, with his son-in-law Jared Kushner serving as a senior adviser around Middle East issues, Saudi Crown Prince Mohammad bin Salman (MBS) enjoyed near-impunity. Even after reportedly directing the brutal murder of journalist and critic Jamal Khashoggi, the de facto ruler of Saudi Arabia was given a clean chit by Mr. Trump’s administration. “There have been a couple of missteps,” Mr. Kushner conceded last summer, “but they’ve been a very good ally.”

But MBS can no longer expect a free ride.

The inauguration of President Joe Biden has changed the mood in Washington and in Riyadh. During a primary debate, the then-candidate underlined that he would make long-time ally Saudi Arabia “the pariah that they are,” and now that Mr. Biden is in office, the pressure appears to be beginning to yield results. After all, MBS needs support from Washington for his own political survival, and he knows it well, if Riyadh’s assuaging actions over the past few weeks are any indication.

Last Wednesday, prominent Saudi women’s rights activist Loujain al-Hathloul – a 2014 University of British Columbia French graduate – was released after 1,001 days in prison in Saudi Arabia. Despite being released, Ms. al-Hathloul remains subject to a five-year travel ban and is also under three-year probation, during which she cannot continue her activism. This is unusual timing, since just six weeks ago, Ms. al-Hathloul had been sentenced for undermining state security.

Last week, the Saudi Human Rights Commission announced that it would be commuting the death penalty of three young Saudis who were arrested as minors, reducing their sentences to 10 years in jail. The review followed a royal decree last year that individuals sentenced to death for crimes committed while minors would instead serve up to 10 years in juvenile detention centres.

One of those commuted was Ali Al-Nimr, the nephew of prominent Shia cleric Nimr al-Nimr, who was executed in 2016. Ali Al-Nimr was only 17 when he was detained for participating in protests in the country’s Eastern Province. Global calls for commuting their death penalties had gone unheeded until now.

Early in February, Saudi authorities announced that it would release Bader al-Ibrahim, an epidemiologist and journalist, and Salah al-Haidar, a media commentator whose mother Aziza al-Yousef is a prominent women’s-rights campaigner; both hold U.S. citizenship. Last month, the prison term of another U.S.-Saudi activist, physician Walid al-Fitaihi, was also suspended.

Saudi officials, meanwhile, are reportedly working to overhaul the country’s unpredictable judicial system by the end of this year, partly to encourage investors long deterred by the perceived arbitrariness of the kingdom’s courts. And recently, Saudi Arabia and its allies announced that they would end their three-year boycott of Qatar, quietly dropping political demands such as ending support for the Muslim Brotherhood and closing a range of media operations, including Al-Jazeera. The decision was seen by many as an attempt by Riyadh to clear the ground for a better relationship with the Biden administration.

But some dissidents, including scholar Salman al-Odah, remain behind bars, even in solitary confinement. Dr. al-Odah was arrested hours after sending a tweet in 2017 proposing that reconciliation with Qatar was a better option than the path that the Saudi government had chosen. “He now faces the prospect of being executed on charges that include spreading corruption by calling for a constitutional monarchy, stirring public discord, incitement and ‘mocking the government’s achievements,’ ” his son Abdullah Alaoudh wrote in The Guardian.

Mr. Biden’s presidency has appeared to have made a difference, yet much work is still at hand. Numerous people are behind bars at the whim of the men in power. The disastrous war in Yemen still rages on. The Khashoggi saga is far from over. The feud with Iran needs to be re-examined and resolved peacefully. Human rights remain a contentious issue. The list goes on and on.

By simply being elected, Mr. Biden has indirectly and passively led to some changes in Saudi Arabia. Now, he needs to take on those issues more actively, and as soon as possible. 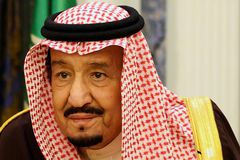 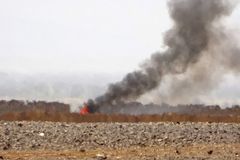