Larry Beasley is an urbanist, author and the former chief planner for the City of Vancouver.

Community planning is a well-developed art in Vancouver, based on long-established principles of public consultation, transparency and respect for residents while also accommodating change. So why are Vancouver’s False Creek South neighbourhood residents currently hovering in a state of fear and uncertainty over the area’s future? This is an unfolding story that may well set the stamp of what this generation of leaders at city hall will be remembered for.

It all started in the 1970s, when planners, guided by Walter Hardwick, decided the new False Creek South should be an innovative model neighbourhood. It would be comprehensively developed, car-shy, amenity rich and not too dense but with enough people living “mid-rise” to create enclaves for spontaneous neighbourliness. It would have a deliberate social mix, never tried before and never achieved again – one third each of low-, middle- and high-income households. It would have an unusual tenure, where city-owned land would be allocated through long-term leasehold, thus protecting the city’s equity and continuing control, rather than just being sold off.

Ultimately, the 6,000 residents brought things alive as a caring and supportive community, right across traditional social barriers. And most remarkably, they came to open their arms for the inclusion of even more people, particularly those left behind by our hot economy – those with special needs, those requiring care, younger families, the homeless, Indigenous people and all kinds of newcomers. They even developed a plan for that.

The community became world famous and has held steady to the present day – the depth of affordability is irreplaceable. Looked at from our contemporary anxiety about overwrought housing costs and the struggle to intensify neighbourhoods for growth and to bring down prices, False Creek South looks uniquely appealing. Why, then, are the government and local community not working together to extend what is now at risk? What happened?

The problem may have started in 2018, when Vancouver City Council decided to put community planning on hold to focus on negotiating new leases. Surprisingly to the community, the nature of their relations with city hall immediately changed. From then on, everything was handled as a real estate matter with a bias to look primarily at the city’s financial needs rather than wider civic perspectives. City hall seemed to hide behind the proposition that real estate is proprietary, so all considerations must be kept secret, behind closed doors. Residents were essentially cut out of the picture. Locals cite a vivid example. A confidential “redevelopment asset plan” (real estate speak for what planners would call a “community plan”) was recently generated by city consultants, reputedly with design options for up to four times current densities. Residents have yet to even see that plan.

It is time that city hall again embrace residents as partners rather than tenants in extending the area’s historic accomplishments. City council’s immediate adoption of three key principles might well pave the way.

First, all future work at city hall on False Creek South should be fully daylighted and brought out from behind the current cloak of secrecy – with the exception, of course, of specific real estate negotiations with individual lessees. Second, all residents should be absolutely guaranteed security of tenure up front, under arrangements and conditions that ensure they can bridge successfully to lease renewal. Lastly, all work toward any kind of future plan for the area should be convened by Vancouver’s planning department using well-established processes of open community planning, with a comprehensive agenda but protecting the area’s broad social mix and character.

There is no question that appropriate value should be achieved for this public land for the next generation. But should that not be balanced with the value to the whole city of saving affordable housing for the people already living there and reinforcing the intangible benefits of a stable, self-supporting neighbourhood?

False Creek South is a heritage treasure and vibrant, thriving community that just has to be renewed. Let’s do that hand in hand with those who live there. 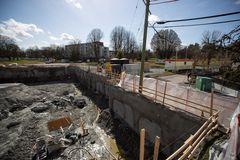 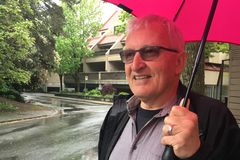 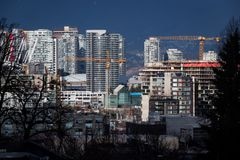