Vince Beiser is author of the The World in a Grain: The Story of Sand and How It Transformed Civilization, which was published this month and from which this essay is adapted.

You may not realize it, but as you read this, you are probably surrounded by the most important artificial material ever invented. Is there a floor beneath you, walls around, a roof overhead? Chances are excellent they are made at least partly out of this astonishingly underappreciated material: concrete.

To most people, concrete is just the ugly stuff used to pave paradise and put up a parking lot. But concrete is an invention as transformative as fire or electricity. Since it came into widespread use around the turn of the 20th century, this man-made stone has changed where and how billions of people live, work and move around. It is the skeleton of almost every apartment block and shopping mall, and of most of the roads connecting them. It gives us the power to dam enormous rivers, erect buildings of Olympian height and travel the world with an ease that would astonish our ancestors.

For all its blessings, however, concrete incurs serious costs to people and the planet – and those costs are mounting exponentially.

Concrete is essentially just sand and gravel glued together with cement. It is also by far the most widely used building material on Earth. We consume twice as much of it every year as steel, aluminum, plastic and wood combined. That’s because cities are exploding, especially in the developing world, as people leave the countryside for a shot at a better life in the metropolis. The number of urban dwellers is rising by about 65 million people annually, according to the United Nations Population Division. That’s the equivalent of adding eight New Yorks – or 22 Torontos – to the planet every single year.

There’s no way cities could grow this fast without concrete. It’s an almost magically cheap, easy way to quickly create roads, bridges, dams and housing for huge numbers of people. An estimated 70 per cent of the world’s population now lives in structures made at least partly out of concrete.

Making all that concrete, however, takes a heavy toll on the atmosphere. The cement industry produces 5 per cent to 10 per cent of total carbon-dioxide emissions worldwide, putting it behind only coal-fuelled power plants and automobiles as a source of global-warming gases.

Concrete also soaks up the sun’s heat, and cities’ countless miles of warmed-up streets and sidewalks create a phenomenon known as urban heat islands. When combined with the heat from motor-vehicle engines, paved areas can boost the temperature in some cities by as much as 19 F, according to the California Environmental Protection Agency. That kind of heat also boosts the formation of air pollutants, especially ground-level ozone, better known as smog.

The most frightening aspect of our dependence on concrete might be that the structures we build with it won’t last. The vast majority of them will need to be replaced – and relatively soon.

We tend to assume concrete is as permanent as the stone it mimics. It isn’t. Concrete fails and fractures in dozens of ways. Heat, cold, chemicals, salt and moisture all attack that seemingly solid artificial rock, working to weaken and shatter it from within. You could say our cities are like castles made of sand, except that they almost literally are castles made of sand.

Many of the world’s concrete structures are already slowly disintegrating. Concrete failure may be one of the reasons for last week’s catastrophic bridge collapse in Genoa, Italy. In the United States, according to the Federal Highway Administration, nearly one-quarter of all bridges are structurally deficient or functionally obsolete. The American Society of Civil Engineers declares that one-fifth of all the country’s highways and one-third of urban roads are in “poor” condition. Canada is in considerably better shape, but billions of dollars worth of roads and bridges here are also in “poor” or worse condition.

Worldwide, as much as 100 billion tons of poorly manufactured concrete structures – buildings, roads, bridges, dams, everything – may need to be replaced in the coming decades, at a collective cost of trillions of dollars.

To make matters worse, we’re running out of one of concrete’s essential ingredients: sand.

Our planet contains enormous amounts of sand, of course, but the usable type – found mostly in riverbeds, floodplains and beaches – is a finite resource like any other. (Desert sand, eroded by wind rather than water, is generally too round to use for construction.) Humans consume nearly 50 billion tonnes of sand and gravel every year, enough to blanket the entire state of California. Most of that is used to make concrete.

Mining sand is its own colossal industry with its own litany of environmental devastations. From Vancouver Island to Newfoundland, Canada produces nearly 300 million tonnes of sand and gravel each year, worth about $3.6-billion. But here, as in other countries, the most accessible sources are increasingly tapped out. British Columbia’s Lower Mainland and rural areas in Saskatchewan and Alberta are already running short. In California, officials warn that the state has access to only about one-third of the sand and gravel it will require over the next 50 years.

All around the world, sand mining is slaughtering river-dwelling fish and birds, damaging coral reefs, undermining bridges and causing riverbanks to collapse. Sand and gravel mining in British Columbia’s rivers has wiped out salmon breeding and rearing areas; in one instance in 2006, a mining road built to access the Fraser River cut off a crucial spawning channel, killing an estimated two million pink salmon fry. Prince Edward Island had to ban the mining of sand from its beaches in 2009 because the province’s coast was becoming so badly eroded.

Then there’s the damage sand mining causes directly to human beings. There is so much money to be made that, in some countries, organized criminal gangs have moved into the sand business. In India, Kenya, Vietnam and elsewhere, hundreds of people have been beaten, tortured and murdered in recent years – all over sand.

Despite all that, we’ll need to keep ripping billions of tonnes of sand from the Earth to replace our failing concrete structures, and to keep building new ones. That cycle can’t continue indefinitely – any more than we can continue indefinitely sucking oil out of the ground to fuel an ever-growing armada of automobiles. We’ve started to think twice about how much oil we can burn, how many forests we can cut down, how many fish we can harvest from the sea. It’s time to start thinking about how much concrete we can afford. 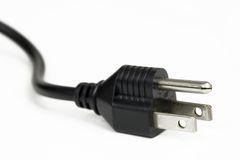 Bay of Fundy tidal turbine not in compliance with environmental assessment: minister
August 23, 2018 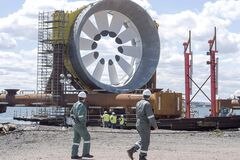 Globe editorial: Trump’s efforts to save the coal industry are blinkered and dangerous
August 23, 2018 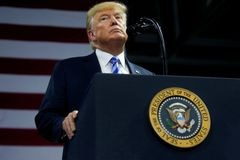