In an inspiring display of convenience and belated integrity, Conservative politicians finally found their voices on LGBTQ issues this past week.

Those voices were silent during the weeks and months Conservative Party Leader Andrew Scheer choked over the words “same sex-marriage” on the campaign trail, when he struggled to articulate even the most banal expressions of tolerance. But now that the stakes have been lowered, and now that there is effectively no leader against whom to run afoul, all sorts of virtuous voices have emerged.

One after the other, prominent Tories took to Twitter to denounce remarks made by Richard Décarie, a prospective leadership candidate and former aide to Stephen Harper in Opposition, who suggested in an interview that being gay was a choice. Erin O’Toole, Peter MacKay and Marilyn Gladu – who are in the running to be the next Conservative leader – quickly chimed in with their censure, along with MPs Pierre Poilievre, Michelle Rempel Garner and others.

“You do not speak for Conservatives,” Mr. Poilievre declared.

“The Conservative Party of Canada is open to ALL Canadians,” proclaimed Mr. O’Toole.

Together, they torched a convenient straw man in Mr. Décarie, who has been useful in demonstrating the direction of the new, post-Scheer incarnation of the Conservative Party of Canada.

That direction apparently includes a willingness to stand up for minority populations, just as long as there is little to no risk of disrupting caucus solidarity. It also includes an understanding, with hindsight, that ambiguity on matters of LGBTQ acceptance is antithetical to wider electoral success.

To be fair, the Conservative Party is hardly unique when it comes to caucus obsequiousness, including on matters of conscience. Back in 2018, the Liberal government tweaked the requirements for its youth summer-job grants program such that applicants would have to attest to their respect for “reproductive rights” in order to be eligible for federal funding. The change essentially disqualified religious groups that opposed abortion – not in their actions, but simply in their beliefs – unless they were willing to make the attestation in bad faith.

Eventually, the Liberals dropped their values test in response to an onslaught of criticism from faith groups, pundits and opposition members who rightfully pointed out that the requirement functioned as a form of government discrimination.

And while a few Liberal MPs denounced the initial change to the attestation, only one – Newfoundland MP Scott Simms – actually voted in favour of a Conservative motion to allow for “non-political, non-activist” groups to be eligible for funding, regardless of their spiritual beliefs. As a consequence for failing to toe the party line, Mr. Simms was booted from his role as chair of the Commons fisheries committee.

There are plenty of other examples of caucus deference on ethical issues: the Liberals’ complacency in shutting down investigations into the SNC-Lavalin affair, for one; the relative silence from all parties on Quebec’s Bill 21, which prohibits people who wear religious garb from working in certain public-sector jobs, for another.

But the dead air from Conservatives during the extended period during which Mr. Scheer struggled with questions about gay marriage was particularly striking because the questions were so mundane, and the issue so decisively settled in Canada.

Mr. Scheer was not being asked to pontificate about when life begins, or the meaning of a dignified death. He was asked whether he regretted using an analogy, back in 2005, about calling a dog’s tail a leg to make a point about the unnaturalness of same-sex unions. To that, Mr. Scheer would not even venture an answer. And other Conservatives, rather embarrassingly, were content to pretend their party’s reputation wasn’t suffering because of it.

That has changed now. Mr. MacKay released a statement Tuesday saying “Pride parades are important” and noting that he has submitted an application to march in Toronto’s Gay Pride Parade. Mr. O’Toole has expressed similar support, although his participation will be conditional on whether uniformed police officers are allowed to march in Pride parades as well. Both positions are improvements on that of the previous leadership, and indicate that the new CPC will be much more inclusive to LGBTQ Canadians than the old. That is a genuinely positive sign. 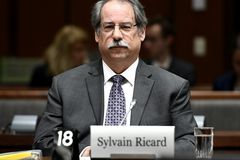 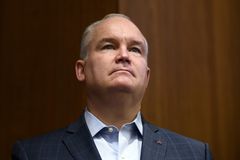 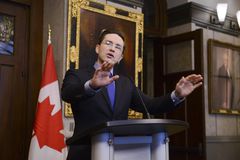