Derek Sloan is right. It is hypocritical for the Conservative Party to kick him out of caucus for unwittingly accepting a donation from the notorious neo-Nazi – and party member – Paul Fromm, when the party had done the same. Like Mr. Sloan, the party failed to screen out either Mr. Fromm’s donation or membership application – forgivably, perhaps, as he gave his name as Frederick P. Fromm. But only Mr. Sloan is paying the price for it.

Not that he deserves any better. There are worse things than hypocrisy, and one of them is the party’s willingness to tolerate Mr. Sloan’s presence in caucus as long as it has. If Mr. Sloan is being scapegoated in the present case, he had already earned his ticket out of caucus several times over: for suggesting homosexuality was a choice, for insinuating that Canada’s Chief Public Health Officer, Theresa Tam, was in the pay of the Chinese government, for other public statements that were at best reckless and at worst outright bigoted.

Mr. Sloan has a right to his opinions; he does not have a right to associate them with the Conservative Party of Canada. Even the biggest-tent party with the most robust commitment to MPs’ independence has a right to insist on certain basic standards of behaviour. Mr. Sloan’s crime is not that he is a social conservative. It is that he is an extremist. It is not just that his views are prejudicial and wrong, it is that his manner of expressing them is inflammatory, divisive and likely to hurt the party.

Hesitant members of caucus are right to ask “where do you draw the line,” but wrong to believe this relieves them of the obligation to draw one. Because, thanks to the Reform Act – and the Conservatives’ embrace of its requirements with regard to expulsions from caucus – it is their decision. As it should be. Were Mr. Sloan to be ejected at the leader’s sole discretion, as is the practice in other parties, the public might be forgiven for wondering whether Mr. Sloan’s conduct and opinions were acceptable to the rest of caucus. As it is, there can be no doubt: Sloan has not just fallen out of favour with the leader, but is repugnant to the caucus at large.

And yet, this entails a larger hypocrisy. For as odious as Mr. Sloan’s views are, he is hardly alone in holding them, in caucus or among the membership. Indeed, the evidence shows extreme views are widespread among the party’s supporters, even beyond the 15 per cent who voted for Mr. Sloan on the first ballot in the recent leadership campaign. Not only has the party failed to discourage these over many years – it has actively catered to them.

From phony controversies over “barbaric practices” and veils at citizenship ceremonies to the hysteria over M-103, an innocuous parliamentary motion condemning Islamophobia; from over-hyping fears about illegal border-crossers to fanning conspiracy theories about the UN Global Migration Pact, the Conservative Party has too often seemed to put out the welcome mat to ignorance and intolerance. Is it any wonder that more than 40 per cent of Conservative voters, according to a Leger poll, would have voted for Donald Trump in the recent election? Or that a similar number believe he actually won?

As party leader, Erin O’Toole can hardly disclaim his own responsibility for this. It was Mr. O’Toole who campaigned for leader on a pledge to “Take Back Canada.” It was Mr. O’Toole who later adopted the Trumpesque slogan “Canada First,” railing against the “elites” who had supposedly “betrayed” the country. It is Mr. O’Toole who has lately elected to make an issue out of, of all things, vaccinating prison inmates against the coronavirus. Each alone might not be evidence enough to convict, but taken together, they leave little room for doubt about who and what he was pandering to. If the Liberals are too quick to paint the entire party with the same brush, well, the Conservatives handed them the paint.

Since the Capitol insurrection, the days when mainstream parties could flirt with these sentiments are over. If principle were not enough to persuade Conservatives of this, political calculation should: The public is in no mood for this sort of cynical gamesmanship. Defenestrating Mr. Sloan, then, is only the start. Conservatives need to make a firm break with extremism of any kind, together with the appeals to anger and resentment that inflame it.

This will be the great test of Mr. O’Toole’s leadership – of his character, as much as his judgment. It is all very well to issue statements assuring Canadians there is “no place” in the party for racism or the far right, or that “the Conservatives are a moderate, pragmatic, mainstream party.” But as we say in the writing trade: Show, don’t tell. 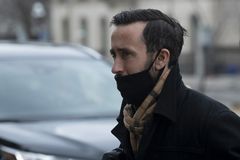 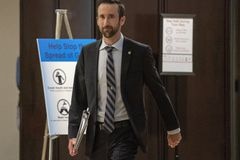