President Joe Biden says he wasn’t hyperbolizing this week when he claimed that American democracy, given “the raw and sustained election subversion” by Republicans, was under its greatest threat since the Civil War.

Should he be believed? The moves in states across America to restrict voting and put in place other measures that allow for the manipulation of election results are alarming.

More cause for consternation came this month with the ideologically lopsided Supreme Court’s ruling that, in effect, says the vote suppression measures are within legal bounds. The verdict upheld voting limits in Arizona that a lower court had found discriminatory under the Voting Rights Act.

The decision weakened much of that act, civil rights experts say, thereby green-lighting the Republicans’ bid to re-engineer the election system. The Constitution gives individual states considerable power over national elections – the court has enhanced those powers.

To be noted is that in Canada, owing to Pierre Trudeau’s Charter of Rights and Freedoms, the kind of thing the Grand Old disgrace of a Party is doing is prohibited. Section 3 of the Charter prevents the federal or provincial governments from limiting Canadians’ right to vote. Other aspects of the Charter can be overridden via the notwithstanding clause, but not voting rights.

This doesn’t prevent abusive practices as happened in the 2011 election with robocalls and other vote-suppression tactics deployed by Stephen Harper’s Conservatives. But the legal protections exist – ones that the U.S. could sorely use now.

According to a recent count by the Brennan Center for Justice, 17 states have enacted 28 new restrictive laws. Since Republicans control both chambers in 30 of the state legislatures, including the swing states of Texas, Georgia and Arizona, there is ample potential for more.

In addition to restricting turnout, which is deemed politically advantageous for the party, Republicans are taking measures that put the vote-counting process at risk. They’re changing the rules so that their partisan poll workers can more easily dispute vote-counting.

As if that’s not enough, they’re also making changes that allow themselves more latitude to certify and possibly reject election results – just as Donald Trump urged his followers to do after his election defeat.

More grim news is the likelihood that Mr. Biden’s sweeping voting-rights bill, the For the People Act, is moribund owing to all-out opposition from the Republicans. A way around that opposition is to change the Senate filibuster rules. This would be difficult given the objections of a few Democrats. Moreover, Mr. Biden still displays a hesitancy to tamper with the filibuster. But given how he believes that voting rights – the cornerstone of American democracy – are under massive assault, shouldn’t he be prepared to go to extremes beyond the bully pulpit to try and stop it?

Texas Democrats are doing that. Dozens of them took a remarkable step, staging a fist-raising exodus from the Lone Star State legislature to protest Governor Greg Abbott’s bid to pass vote-restriction measures. They travelled to Washington to demand that Congress take action.

In his impassioned speech Tuesday, Mr. Biden asked his Republican counterparts, “Have you no shame?” Apparently not. Many of them profess – the disinformation epidemic rages on – to believe the big lie about the election being stolen. They argue that the campaigns in the states are legitimate efforts to fight potential voting fraud and ensure election integrity.

Democrats face charges of hypocrisy. Many of the states they control have measures on the books that make it more difficult to cast a ballot than in places such as Georgia, which Mr. Biden condemns for having passed a new restrictive voting law. One such Democratic state is Delaware, which Mr. Biden represented in the Senate for 36 years.

As with so many other things in the U.S., extreme partisanship has taken over the voting-rights debate. It was thought that the Jan. 6 mob attack on Capitol Hill, encouraged by Mr. Trump, would make Americans come to their senses over how their democracy was at the precipice. It didn’t. GOP lawmakers and their supporters have dug in.

All will come to a head in the midterm elections in the fall of 2022, when all hell could break loose over voter eligibility, vote-count confrontations, overturned verdicts, or all three.

To win, Republicans are convinced they have to disenfranchise minorities. Their very purpose is to see the current voting system undermined. Unless Mr. Biden overcomes prohibitive odds to pass legislation to – you might say – stop the steal, it will very likely happen. 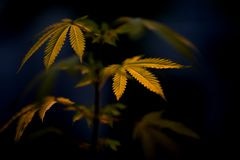 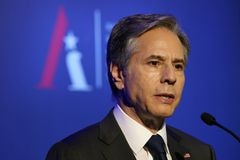 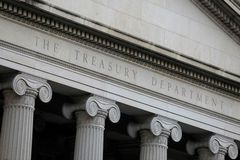